Why outrage in Kashmir and apologise for terror in rest of India?

Attacks on people, motivated by frenzied communal elements, have the same message and impact everywhere.

Not too long after, it became known that a militant of downtown Srinagar was involved in this murder. And when the accused militant was killed by the forces, he was interred in the same “Mazar-e-Shuhda” at Eid Gah in Srinagar where Lone was. And perhaps, with the same reverence as Lone saheb was!

The Hurriyat, who had mourned Lone’s death with shrieks and sobs, paid “rich and glowing” tributes to their colleague’s purported assassin. This is how the incongruity in their thoughts and actions can be described.

Their politics, if it can be termed as politics, is a cycle of déjà vu.

The recent attack on the Amarnath pilgrims adds another gory chapter to the battered history of Jammu and Kashmir. It was not only an assault on our guests but on the tolerant Kashmir society.

To remain relevant, these regressive elements are always in search of soft civilian targets to inflict hurt and force a disproportionate reaction from individuals in the state. It is a win-win situation for them to throw the Valley into chaos.

This is sad and what is even more unfortunate is the legitimacy they get from certain quarters for their abominable actions. The savages inflicted irreparable damage to the basic tenets of religion and humanity.

But Kashmiriyat became a misnomer of sorts more than a decade ago when the exodus of the Kashmiri Pandits occurred, and whatever little remains continue to die with each new innocent killing.

The ideology of hate, divisiveness and bigotry, which is propagated and enforced through Pakistan’s gun, has made Kashmir’s ethos and plurality its first target.

Mutual respect in political and religious thought was ingrained in Kashmiri society but today we have reached a stage where we brush aside the crimes committed in the name of an intangible “movement”. 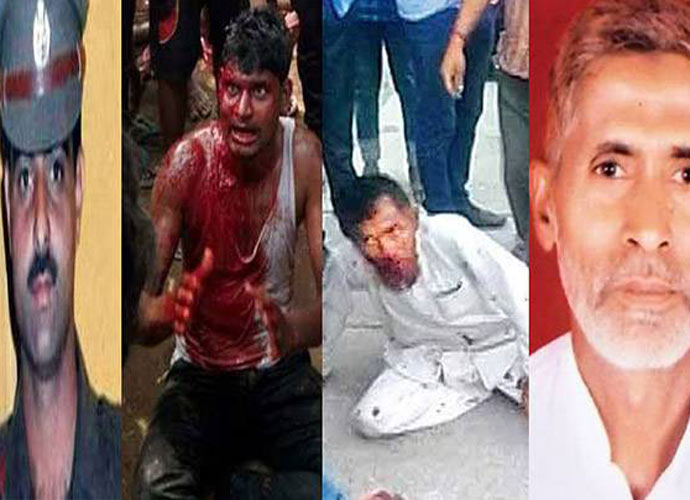 People of India should be unambiguous in their reaction to this madness, the way Kashmiris are! Photo: India Today

A section of the society, who are a vocal minority and force into silence a silent majority, justify these atrocities by resorting to whataboutery, if not outright sophistry and shameless manipulation.

For the political leadership of the country, political maturity and foresightedness demand they acknowledge this and listen to the people of Kashmir. Moreover, without mincing words, may I say that there are incidents happening in the country which are no less fatal than that of the Amarnath pilgrims.

Attacks on people, motivated by frenzied communal elements, have the same message and impact everywhere - be it Kashmir or Kanyakumari. People of India should be unambiguous in their reaction to this madness, the way Kashmiris are!

Back home, no doubt that protesting against the forces whose ideology and actions are atrocious is not easy and mere condemnations won’t work; people have to rise against this macabre menace of terror and violence more forcefully, before it devours everybody around.

We can’t keep on glorifying the gun on the one hand, and denounce it on the other as per convenience. A clear line has to be drawn and we have to understand that by being apologists of terror we are not serving the cause of Kashmir. Let there be equal criticism and accountability of the Pakistani gun and bullet.

Let’s be honest to ourselves and dispassionately analyse whether violence has served us any purpose. What did Kashmir achieve by romanticism of the gun as a means to “aazadi”, except the unprecedented loss of lives and destruction? When our young men again take up the same means, why can’t we be honest and tell them that this is the path to destruction?

Those espousing the cause of “freedom” are legitimising the mobs on the streets without knowing it may devour them too in the near future. The attack on the Amarnath pilgrims is not the doing of the actual perpetrators alone; those who romanticise the gun, pat our young boys who wield the gun rather than the pen and book, while themselves pursuing their white colour careers are equally responsible.

With reference to the Amarnath incident, while Kashmiris have rejected religious bigotry and repulsed religious violence, people of the country should also reject and repulse violence committed in the name of religion.

And the political leadership, particularly those at the helm, should acknowledge this brave and bold message from Kashmir by taping the trend of religious violence happening sporadically in the country.

This is the message, the lesson we learnt from the tragedy of the Amarnath pilgrim attack. Having suffered immensely over the last three decades, who better than a Kashmiri will understand the pain of such tragedies?

#Communal Violence, #Pakistan, #Kashmir crisis, #Amarnath Terror Attack
The views and opinions expressed in this article are those of the authors and do not necessarily reflect the official policy or position of DailyO.in or the India Today Group. The writers are solely responsible for any claims arising out of the contents of this article.

The author is a political activist from Tral area in South Kashmir.