He could end evil regimes, dodge bullets and knock down a fleet of baddies with a single fist.

The Bollywood hero has come a long way from the versatile, malleable male to the one-dimensional macho. This evolution began in the 1940s and went up to the 1970s; the latter decade is the origin of the species we know as the alpha male.

A short look at how his journey panned out:

Act I: A hero of your own

Ashok Kumar's smile was enough to light up the box office. Guru Dutt, with his soulful lyrics, gave us all-time classics. Dev Anand flirted with a myriad of social themes early on.

Dilip Kumar, playing the wasted lover, drank his way to superstardom; with unflinching patriotism, he faced death in front of a cannon - all for the screen.

Showman Raj Kapoor could look like a beggar and still break box-office records. All his brother Shammi Kapoor had to do was scream "Yahoo!"

Their charming younger brother Shashi was a big hit even as an on-screen loser. Rajendra Kumar would romance his way into becoming a "Jubilee Kumar".

Then came the ultimate romantic "superstar" Rajesh Khanna, who didn't even need a heroine opposite him, and went on to star in Anand and Bawarchi. Dharmendra made waves as the strong, quiet and dashing hero. 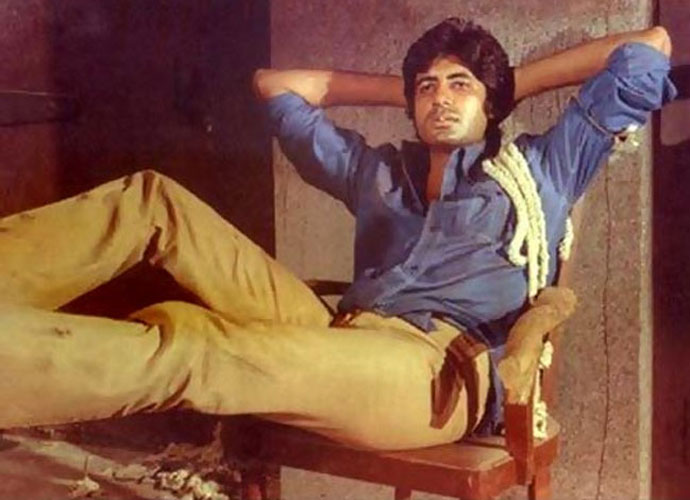 Amitabh Bachchan unleashed the "Angry Young Man" and every hero who followed in his footsteps would forever remain in his shadow.

Undoubtedly, the period that spanned from the 1940s to the 1960s was the most diverse for the hero in Indian cinema.

He didn't even have to mouth the melodies as many classics went the comedians' and side artists' way. Strong female leads like Nutan, Waheeda Rahman and Sharmila Tagore dominated the screen alongside him.

Also read: How Big B became the Don of Bollywood with one film

Indian cinema had blockbusters of all sizes, shades and themes. Glory days indeed.

But one man came and single-handedly changed the Indian cinema (perhaps forever). His name was Amitabh Bachchan. He unleashed the "Angry Young Man" and every hero who followed in his footsteps would forever remain in his shadow.

Bachchan was our greatest superhero. He could end evil regimes, dodge bullets and knock down a fleet of baddies with a single fist. No villain could stand up to him.

After Bachchan's groundbreaking Zanjeer (1973), reigning superstar Rajesh Khanna too played the criminal in Roti (1974). It didn't do his career much good.

Also read: The joke is on Salman Khan. Why should I be offended?

Dharmendra became known only as the action king thereafter and even Vinod Khanna had to match Bachchan fist for fist. From here on, if the hero couldn't fight, he would rarely click at the box office.

The 1980s would probably go down in history as the worst era for Indian cinema. Every big budget director tried to get the angry young man to up the ante in some form or the other. Even Bachchan was a pale imitation of himself.

Jackie Shroff had to escape the hospital and fight in bandages for his biggest solo hit, Hero (1983). Anil Kapoor claimed the number one status only after his breaking bones as Munna in Tezaab (1988).

Mithun Chakraborty, meanwhile, had to dance and fight. Govinda would dabble in comedy and fight sequences.

The 1990s is called the romantic era, but that too had its share of movies breaking into mandatory fight sequences towards the end.

You could romance throughout the movie, but you were no romantic hero if you couldn't reclaim the heroine, often by force, from the baddies during the climax.

Lo and behold. All hail the ultimate evolutionary product of this filmy process: Salman Khan - the alpha of alpha males. Bhai has such a following that you could almost call it a religion. He doesn't need to act or even pretend to dance. His fists are enough! Salman Khan in a still from Bajrangi Bhaijaan.

Even in a film like Bajrangi Bhaijaan (2015), the only way he can save the little girl from a brothel is with his fists, and follow it up by throwing the baddie out from the building onto the street. In his latest, Sultan, even though it's the heroine who's the national wrestling champion and has been training all her life, it is Bhai who walks away with an Olympic gold. What did you expect?

The dangerous levels of stardom have meant everybody lives in Bhai's shadow, both on screen and off the screen.

Aamir Khan proved himself as a genuine fighter way back in Ghulam (1998) and Sarfarosh (1999). He is the king of the different and has the most number of films in the IMDb Top 250 any Indian actor can manage. He has successively also made it to the Rs 100 to 300 crore clubs.

But even a thinking actor like him must live in Bhai's shadow. In a party he feels like a "waiter" next to Bhai the "star", or so he tells us.

From 1992 to '97, Shah Rukh Khan had many fight scenes, but he was known as the king of romance and did many different films like Swades (2004) and Chak De! India (2007). Recently, SRK said on Sultan and Aamir's Dangal: "Let Aamir and Salman handle wrestling... I am a romantic hero."

All of them were commercial hits, no less. But everyone wants macho so he gets no fawning fans. If you don't follow Bollywood, you will be forgiven for taking Akshay for a B-grade film hero.

Acclaimed screenwriters Salim Khan and Javed Akhtar (Salim-Javed) together created the "Angry Young Man" from scratch. Who would have thought Salim's son would take that concept to its zenith.

Incidentally, Bachchan himself changed course in the 2000s with niche and stellar performances in award-winning films like Black (2005), Paa (2009) and Piku (2015).

But the shadow of the 1970s Bachchan looms over the Bollywood hero, even in 2016.

From Bachchan to Bhai, it's been one hell of an era: one that shows no signs of ending.

#Aamir Khan, #Salman Khan, #Amitabh Bachchan
The views and opinions expressed in this article are those of the authors and do not necessarily reflect the official policy or position of DailyO.in or the India Today Group. The writers are solely responsible for any claims arising out of the contents of this article.