Tamil Nadu never pursued the matter whole-heartedly to get an exemption from NEET.

September has been a dreadful month since 2016 for Tamil Nadu. In September 2016, Jayalalithaa - the uncrowned queen of Tamil Nadu -was hospitalised and never recovered. In 2017, an innocent medical aspirant killed herself with her dreams to be a doctor shattered into a million pieces.

Anitha Shanmugam's death shook people across Tamil Nadu regardless of their backgrounds. Perhaps a teacher could have given her hope that she was born in a state where a former chief minister called Kamaraj did a lot to ensure that all children get education and a fair chance in a competitive world.

Maybe hearing to such tales of hope would have helped Anitha keep her dream to be a doctor alive.

Anitha lost her mother when she was seven years old to an unknown illness. She became a mother to four of her brothers and began to take care of them as her daily-wager father had to go and earn a living.

The innocent girl, unlike others didn't concentrate on childhood fantasies, nor playing with toys or chatting with friends as she was taking care of five lives, feeding them and keeping the house tidy and together.

She used whatever time she could manage to study and scored 486 out of 500 in Class 10. This surprised many, including her family. 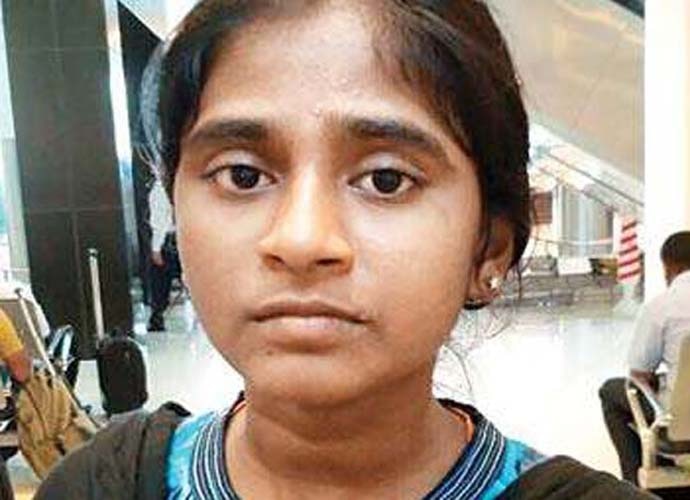 Anitha maintained her fight was for all disadvantaged children.

When she told her brothers that she wants to be a doctor because she doesn't want another child to lose her mother due to lack of medical care, they decided to her help her out. Anitha joined a boarding school at Perambalur with the help of a scholarship.

She stayed away from friends, studied day and night and scored 1,176 with Centum in two papers. Her cutoff for medical exam was 196 out of 200, ensuring a seat in a medical college. And then NEET crossed her path.

As the AIADMK was busy in internal strife after Jayalalithaa's demise, the NEET issue didn't get the required state attention. Many resolutions were passed in the assembly due to pressure from the Opposition parties and these were communicated to the Centre as well but nothing beyond that happened.

Anita, who was now scared to lose out, decided to fight to defend her one chance. The girl, who never used her Dalit identity to evoke pity, stated her fight wasn't only for herself but countless students from the marginalised sections as she empathised with them.

Anitha was hopeful that the state government will manage to get an exemption from NEET 2017. She was right in hoping so. Every time, chief minister EP Palaniswami, then rebel AIADMK leader OPS, Rajya Sabha deputy speaker Thambidurai and health minister Vijayabhaskar visited Delhi, they assured people their visit was aimed at getting Tamil Nadu an exemption from NEET. Little did she realise that the leaders had their own agenda.

Every time the state government was asked why it wasn't pressing hard to get an exemption, AIADMK told them that the Central government was considering the situation.

The real shocker came when a Union minister claimed that the requisition sent by the state government did not reach them hinting at the importance the AIADMK government attached to raising and pursuing the issue.

Anitha along with some other students moved Supreme Court, which on August 23 upheld that NEET is the only way to assign medical seats. Anita was outside the Supreme Court premises when the judgement came. She could not comprehend the order. When interviewed by the media, she kept reiterating that she did not know what NEET was and that she was fighting for students whose interests were in danger.

Ten years of education, countless hours of study, the promise she made to herself to make a difference, had all gone in vain.

"Many from my village don't get a second chance. Why doesn't the government understand this?" she asked.

On September 1, Anitha killed herself after being failed by the system.

With her death, the hope for children from downtrodden communities believing that they can make a difference and can have a better life has distanced itself further from them.

The state that stood steadfast in support of Jallikattu now stands accused of pushing a promising life to death.

Also read: Is it NEET or politics over medical entrance test that killed Anitha?

#Suicide, #Tamil Nadu, #Anitha Shanmugam, #NEET
The views and opinions expressed in this article are those of the authors and do not necessarily reflect the official policy or position of DailyO.in or the India Today Group. The writers are solely responsible for any claims arising out of the contents of this article.

The writer is a special correspondent and likes to dwell on the events that shape the politics of Tamil Nadu.