Our students need to be aware of what is happening around them and problems that need fixing.

On September 1, an innocent and brilliant young girl from Tamil Nadu hanged herself at her residence after she found her dream to be become a doctor shattered.

Seventeen-year-old Anitha Shanmugam was one of the Supreme Court petitioners, who demanded that their higher secondary examination score be solely considered for their application to study medicine.

Many questions have been raised over the new test and what really killed Anitha. Is there an actual need for NEET or the pre-existing methods were better? Does NEET favour students from CBSE and ICSE boards and puts students of state-run boards at a disadvantage? Who should be held responsible for Anitha's death? What can be done for the other petitioners?

The current debate has, however, overlooked an important question. Why medicine? Yes, doctors are important and yes, without them we would all be probably ailing. But why is medicine the only career choice for so many students?

Anitha was clearly an intelligent student and had a remarkably high learning capacity. For her high score in intermediate, she was offered two choices - a seat in aeronautical engineering and one in veterinary medicine. Both seats offered free education to the young girl.Aeronautical engineers have achieved a lot. They continue to make great strides and so are vets. That's not all. There are so many professions adding to the list of human achievements.

Gone are the days when medicine, engineering and commerce were the only options available to students. Today, there are so many new career choices from testing waterslides to being a panda hugger. There are so many worlds outside the tiny coop into which we have confined the minds of our students. 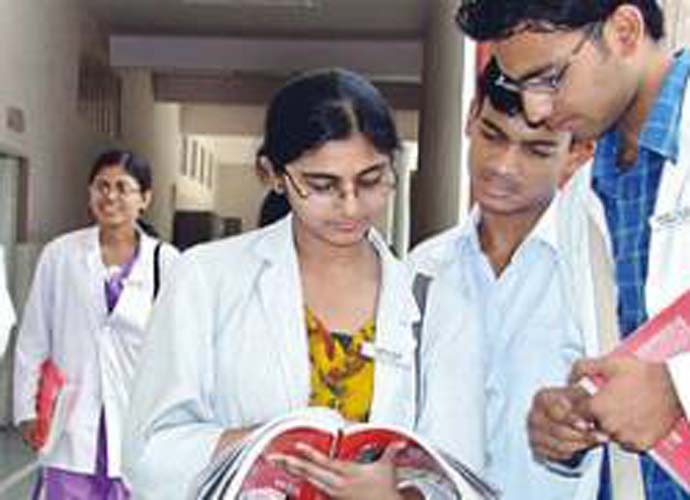 Gone are the days when medicine, engineering and commerce were the only options available to students.

I faced the same problem when I was in school. I didn't know of any career options other than what I was fed again and again in school. The options were either to be a doctor or an engineer. A perception was created that going any other way was going to ruin my life.

Little did I know that there was a vast universe waiting outside my cage. I feel sad for children who are still being fed the same chicken crap. Every child has to conform to the stereotypes set by the society and if he/she doesn't, they're ridiculed and bullied and forced to bend.

If anyone has to be blamed for Anitha's death, it is not just the central and the state governments who have made it a habit to implement untested schemes. The blame also lies with the Indian education system. The blame lies not just with those who occupy positions of power, but also with the teachers whose job is to shape young minds. Education is not just about Biology, Geometry, Trigonometry and Chemistry or pouring information down the throats.

Our children don't need to learn the story of India's independence. They need to learn about "the plight and rights of transgenders in our country". Our students need more classes to encourage them to think out of the box, not mug up and vomit lines on answer sheets.

Our students need to be aware of what is happening around them and problems that need fixing. Our children need more time and space to be themselves rather than find adolescence pressurising. It is hard enough being a teenager. Do we want to burden our children further? Can't we just start letting them come to school, be safe, learn and grow?

One of the standard Indian jokes is how parents and society pressurise children into career choices even before they are born. This is worse than choosing what you want to eat before looking at the menu. Nothing has changed with the passage of time. The education system has become more narrow-minded and more pressurising. Hence, we see an increase in the rate of student suicides, exam fear and the general lack of interest in going to school.

Anitha's suicide was a clang on the bell to review the implementation of NEET. It is also a reminder that it is high time to fix something far bigger and far more destructive - the Indian education system.

Also read: Is it NEET or politics over medical entrance test that killed Anitha?

Post your comment
#Suicide, #Tamil Nadu, #Neet 2017, #Anitha Shanmugam
The views and opinions expressed in this article are those of the authors and do not necessarily reflect the official policy or position of DailyO.in or the India Today Group. The writers are solely responsible for any claims arising out of the contents of this article.