Shameful that India forces a Shaikh to be Shubham for rent

Only an anti-discrimination law can protect the rights of hapless tenants against biased homeowners.

These two things together make me a persona non grata in Delhi's housing rent market.

My latest negotiation, with two brokers sitting-in (one from my side, one from the landlord’s), saw a mid-way break in tough talks on deposit and post-dated cheques with my broker taking me aside to drive home a point: "Waise ye ladies ko rent nahi karate (This landlord does not rent to women)".

He was not able to answer my outraged: Why?

But two reasons were forwarded by the broker from the other side: women do not stay the course, women are not good business decision-makers. I add a third: a general unfamiliarity and mistrust in dealing with women in all negotiations, besides a general societal concern about their morality.

While I am not unsympathetic to landlords, as someone who has gone online and offline to search for housing, I come down heavily on the side of tenants. Nowhere are our biases as acutely reflected as they are in housing.

Which brings me to yesterday morning (May 11), when social media was agog with an Indian Express report which said UPSC qualifier Ansar Ahmad Shaikh, with a rank of 361, had to change his last name to a Hindu one and pose as Shubham to get a house on rent in Pune. 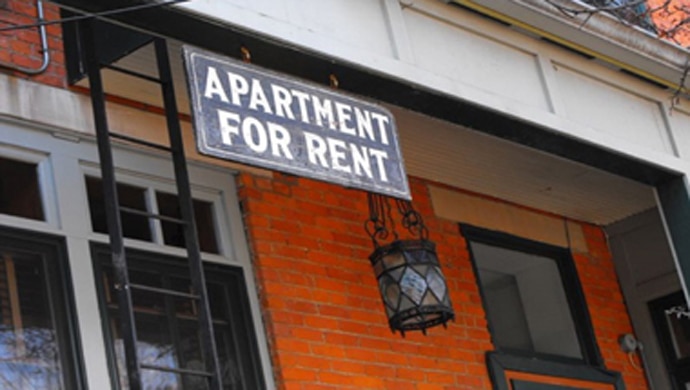 With a law hanging over their heads, landlords may learn a lesson.

Indians have so far shrugged-off such news as "hota hai". But everyone knows this cannot be allowed to go on. Despite repeated public outrage on "Jain colonies" or renting only to Brahmins, or only Gujaratis, discrimination in housing continues to be practised blatantly, pushing minorities into ghettos.

The UN special rapporteur on the right to adequate housing Leilani Farha has voiced concern on discrimination in housing in India against Dalits and marginalised groups.

She called for legislative measures to end it.

In the United States, a federal Fair Housing Act emerged at the end of the civil rights movement led by Martin Luther King Jr. It bans discrimination in sale or renting of houses based on gender, race or religion. The country seem to have gone a step further with the latest salvos being fired on bathroom discrimination in North Carolina. The state has brought a bill on public toilet usage which is seen as discriminatory against LGBT people. This has prompted the Obama administration to sue the state.

Lawyers, of course, say that laws alone cannot change society which has to deal with its biases by public debate, and engagement with marginalised groups.

With a law hanging over their heads, while landlords may still feel like shooting questions such as “Aap vegetarian hain na (Hope you are vegetarian)?” to hapless tenants, they will think twice before doing so.

After all, they may next face a non-vegetarian judge in court. Or a woman.

Post your comment
#Housing apartheid, #Ansar Ahmad Shaikh, #Racism
The views and opinions expressed in this article are those of the authors and do not necessarily reflect the official policy or position of DailyO.in or the India Today Group. The writers are solely responsible for any claims arising out of the contents of this article.