How the Indian liberal is killing Hinduism

Is the entire definition of liberalism to rest only on the majority faith?

That Charlie Hebdo editorial was Islamophobic paranoia at its extreme. But here's an exercise for you: cut and paste a rough translation of the editorial into your Word document, replace the word *Muslim* and its variations with *Hindu* and its variations and read it. That there staring you in the face is the Indian liberal agenda.

In the last week since I joined a growing chorus of Hindus asking why their temples are being stormed, when Indian law protects against interference on matters of the Waqf board, religious properties of the Church or the Parsis or the Sikhs, I have been called everything from mentally unhinged to bigot and been referred to Modi to get what I want.

Because you see for liberal India, the same who believe the violent acts of rogue terrorists cannot be equated with Islam, even if the perpetrators insist on doing so themselves, the voice of non-violent Hindus who have concerns or fears, and those concerns can always be debated, is always and unequivocally to be equated with violent fascism. Right.

So what has Indian liberalism achieved for Hindus? There are laws that outlaw discrimination on the basis of caste, which is good. New debate suggests outlawing discrimination on the basis of gender, which is good. Temples have been nationalised, lands redistributed and wealth, formed entirely of the private donations of patrons and devotees based on religious needs, audited. Temples are required to indulge in secular development activity.

And as recent outrage shows, choosing not to invite a Muslim DC is now against the principles of templehood. The anti-superstition bill prevents the guileless masses from believing in any unscientific gibberish the priest may throw at them. The Income Tax appellate will not exempt temples as Hinduism is a way of life not a religion, so no excuses there as made in the past, when kings made endowments that were to be used for public good.

The Waqf is also required to use their income for public good, but it is for Muslim public good, not general public good. All great temples for instance offer free food, which is a legacy of the past generosity integral to the religion. And temples are open to all faiths. Dress codes are seen as outrageous.

Though mosques still require you to follow protocol and those demands are seen as culturally appropriate. Temples under state and central government administration are now the personal treasuries of corruption, revenue from lands being used to line the pockets of government officials, and with a paucity of funds for any real research, learning, commentary, thinking or even propagation of actual Hindu texts. 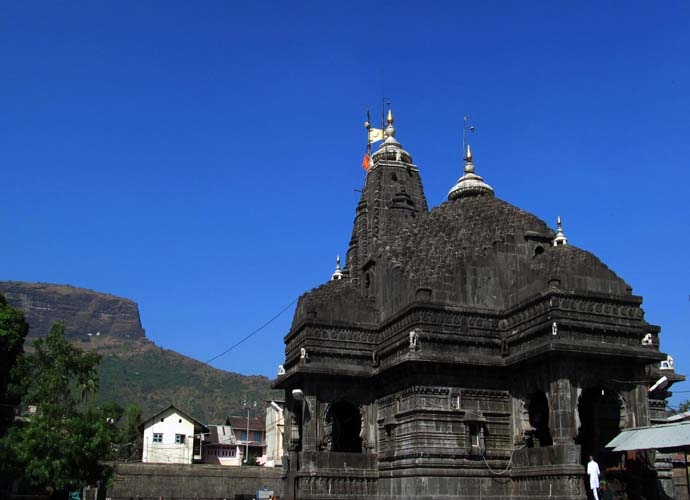 As Trimbakeshwar Temple shuts its sanctum to men, the interference in Hindu religious matters has reached its peak.

The architectural heritage of the Hindus commands some of the highest prices in the antiquities smuggling market. None of this is unrelated and this is all progressive and great. Hindus should move beyond idol worship anyway.

What makes a temple a place of Hindu worship then? Why is it not, say, a library?

While all of these changes are undeniably progressive, and some such as those against caste discrimination are required to be enforced far more aggressively, no questions asked, with the Maharashtra government bringing in the social boycott bill to reinforce implementation, the question it begs is: Is the entire definition of liberalism to rest only on Hinduism?

Club the above with the fact that there is not a single modern reputed institute of Indic studies in all of India today. The debate over Pollock is also the fear that all academic research on India's Hindu past is only emerging from overseas, and thus leaves the mainstream Hindu thinking with no scholar worthy enough to counter or debunk it - this itself speaks of the lack of institution building.

Most books on Vedic culture emerging from within India today, even well funded ones like the Poddar library collection are hagiographic, unattributed, and lack chronology, detail, source, which are important - the bhashyas or commentaries are so self important they manage to be insufferable bores.

One assumes this is by design and not because there is a lack of a market. Because otherwise there wouldn't exist the level of interest there is in popular writers like Amish Tripathi, Devdutt Pattanaik and Ashok Banker or Bibek Debroy, let alone in badly made television episodes on Indian mythology.

Also read - How many gods must our judicial system please?

The middle level - well-researched works that examine mainstream concepts and figures of Vedic culture and are well written - have not been funded, published or encouraged in 60 years. Rather, they have been systematically avoided in that time. Quiet research out of corners like Melkote, Mysore, Kanchipuram, Trivandrum, Varanasi are too concerned with embalming the past rather than finding a modern pulse within it to work with.

So the fearful-of-not-being-heard mainstream of Hinduism descends into chest thumping, protectionism and tokenism, while nothing that propagates actual thinking is permitted to grow. At the same time, the law insists on progressiveness, which is the obligation of the Hindus.

This would be fine if it were equitably enforced to ensure a progressive society. But all other religions are encouraged by laws framed in an era when the thinkers believed silos had to be maintained for harmony. That liberalism meant those within the silos would never have to adapt to a changing world. And this was fine. Frogs in their wells, all's right with the world.

So the self-critical thinking across India today is restricted to "hey, we didn't do it" for Muslims, "paedophile priests the Vatican pardons. And Mother Teresa is a saint" for Catholics, "make more babies of pure bloodline" for Parsis. Yes, internal questioning of codification exists for the Catholics but even they are not obliged to align with the Constitution. That they do so now is a function of who their Pope is.

So Muslim women can go file petitions asking for entry into dargahs or to end female genital mutilation but the court is not confident it has the authority to intrude and hence postpones verdict. Especially when the Supreme Court has declared the Jamait Ulema-e-Hind has rights to intervene in matters of Muslim women.

So institutions like Kodai International School in Kodaikanal have the right to ask for parents to sign on a piece of paper ensuring all children who study there will be brought up in the Christian way, but no Hindu institution that is not a Vedic pathshala would be within their legal rights to do so. While temple land was nationalised and redistributed the Catholic Church in Kodai, my hometown, has the freedom to continually acquire properties, especially of those now lying derelict after the dissipated British population left it with no heirs to inherit it. Instead of nationalising it, like everything else, these lands were reverted to private Church control.

So, it's not the right to acquire individual property that is questionable but the right to acquire community property. Which, every time a non-vegetarian is not permitted to rent or buy a flat owned by a vegetarian, typically Hindu, who has bought it out of personal funds carved over a life time of savings, with no discount from a panchayat or church or Waqf Board such that no constitutional amendments may apply to them, is touted as Hindu oppression. This enshrines the liberal belief that not only is the right of Hindus to own community property suspect, individual rights must also be put under lock and key and regulated.

As Trimbakeshwar Temple shuts its sanctum to men, the interference in Hindu religious matters has reached its peak. It functions without understanding that in all religions, some roles are given to men and others to women. These are roles integral to religious participation - yet Hindu women have fought for and won rights to be priests, to perform funereal rites and to chant Vedas, thus indicative of a larger more expansive and well-functioning critical process within Hinduism itself which is not to be underestimated or shunned.

Muslims, Catholics, Parsis, Sikhs have their own gender-based roles within their religious duties. If they were all secular and afforded gender parity and rational scientific ideals they wouldn't be religions anyway, they'd be sciences. The function of religion is faith, and to dictate the rationality of one religion's faith (when human rights are being regulated) is not just wrong, it is oppressive and by design engineered to wipe out the religion.

Unlike other religions, Islam, Christianity, Zoroastrianism, Hinduism does not even excommunicate those who do not abide by their way of life. No priest can take away your authenticity as a Hindu. So the freedom to disbelieve a certain practice is enshrined in Hinduism itself and thus does not require constitutional intervention.

Also read - Why saying 'I am a Hindu' should be respected

If you believed Shani was necessary to your spiritual growth, you must believe the myths associated with him. If you don't, why do you need him at all? Walk away with no punitive action against you.

If the Hindus may not have a say in regulating administration funds, religious practises of Muslims, Catholics, Parsis none of which are devoid of patriarchy of racism or are obliged to progressive critical thinking that aligns them with constitutional rights... The question is why are the Hindus?

So, it follows that the only real obligation - legal, constitutional, social - to be truly liberal, is the Hindus'.

Brick by brick, the idea of liberalism in India today stands on the need for Hindus to be liberal. If the Hindus choose, as many individuals are doing today, to be illiberal, Indian liberalism has no other recourse to existence. It will die.

This is why there is so much "liberal" panic at the Hindus who choose not to be liberal today. And yet, there is no incentive or indeed any means for them to protect their inherent pluralistic way of life. It is a snake eating its own tail. As Indian liberalism furthers this idea of Hindu-only progressiveness, it kills the very institutions that propagate and protect that way of life. In response, the Hindus become more insular.

If your entire idea of liberalism is based on Hinduism staying so: here's a thought - stop killing it.

#Shani Shingnapur, #Haji Ali, #Right to pray, #Liberals
The views and opinions expressed in this article are those of the authors and do not necessarily reflect the official policy or position of DailyO.in or the India Today Group. The writers are solely responsible for any claims arising out of the contents of this article.