Conformity is viewed as a sign of patriotism, while critical thinking is seen as tantamount to treachery.

In a recent debate over Kashmir, the Twitter handle of the Republic TV, a reliable guide to the dominant state-supported narrative on any issue, belted out: ”Why intellectualise the problem? Tweet using #NationFirstNoCompromise and speak out.”

In another debate, headlined as "Indian against Anti-Nationals", an RSS functionary noted that anti-nationals are of two types: “Those who terrorise and those who provide intellectual justification."

Major Gaurav Arya, an in-house expert of the Republic TV, asserted that stone-pelters ought to be declared as terrorists, but are protected by the “intellectual ideology weaved around them”.

This deliberate opposition between intellectual opinion and "national interest" is not only a constant trope of the Republic TV, but also that of government spokesmen (although, lately, it has been hard to discern the difference between the two).

For almost every major problem — Kashmir, Maoism, communalism, Pakistan — the government and its enablers have devised a way to deflect all responsibility from its own failures  towards a cabal of intellectual insurgents — JNU type academics, "Lutyens' journalists", human rights activists, liberal writers, pro-pakistan peaceniks and so forth.

The term intellectual — that relates to the ability to think and understand complicated things — has itself become somewhat of a slur today. The popular demons in the dominant narrative — academics, journalists, human rights activists, writers, rationalists — are all persons engaged in professions that require them to think critically and rationally about issues of society and culture. 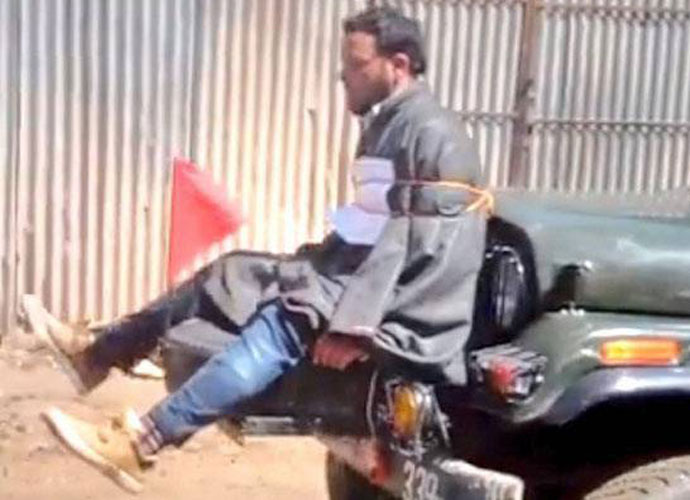 'This unwillingness or inability to compromise almost always leads to violence, witness the unending violence and repression in Kashmir.'

Unsurprisingly, the views of these groups of people often collide with the worldview of the Sangh Parivar, an institution whose value system is diametrically opposite to the values held by them. The Sangh and their millions of followers privilege values of obedience, loyalty, hierarchy and suspect values of individualism, rationalism and critical thinking. The rise of the Sangh Parivar as the pre-eminent force in Indian culture and politics has therefore inexorably reduced intellectuals from an object of respect to an object of popular loathing.

Richard Hofstadter, historian and author of the acclaimed book, Anti-Intellectualism in American Life, defined intellectualism as the understanding of human society in terms of balance of forces and interests based upon the continuing process of compromise. Intellectualism, Hofstadter writes, is “sensitive to nuances and sees things in degrees”, and is essentially “relativist and sceptical”.

The present government represents one of our most anti-intellectual governments ever not merely because of its zealous devotion to its (right-wing) ideology, but because of its imperviousness to nuanced thinking and utter rejection of compromise as an essential tool of politics.

The discourse of the government, and the dominant media, is stepped in absolute moral terms, of right and wrong, where compromise is seen as weakness, or worse. The latest illustration is the discourse on Kashmir, where both the government and dominant TV channnels such as Times Now and Republic, have painted the separatists as evil traitors, with whom talks are an unforgivable compromise.

This unwillingness or inability to compromise almost always leads to violence, witness the unending violence and repression in Kashmir. Or look at the recurring episodes of vigilante violence all over the country, a natural consequence of taking an absolutist moral stance on beef eating, one that leaves no room for individual choice.

The violence and the hatred are but the sordid consequences of the fundamental vice — a dominant mood of anti-intellectualism. As the Financial Times famously commented in the aftermath of Brexit: ”When (British Conservative, pro-Brexit politician) Michael Gove said ‘the British people are sick of experts’ he was right. But can anybody tell me the last time a prevailing culture if anti-intellectualism has lead to anything other than bigotry?."

We have had a right-wing government before, under whom we did not experience a widespread surge of ideologically driven violence as we are witnessing today. That’s because Atal Bihari Vajpayee, a broader-minded person than Modi, had the ability to compromise, and understood that imposing a singular-ideological vision on a diverse country would only lead to violence and instability.

His repeated attempts at talks with Pakistan despite major betrayals, and his outreach and talks with Hurriyat would surely have been characetrised as anti-national treachery in the current atmosphere.

Indeed, Arun Shourie, a prominent member of Vajpayee’s cabinet, has famously termed the present government as not just anti-intellectual, but anti-intellect.

​”When fascism comes to America it will be wrapped in the flag and carrying a cross,” Sinclair Lewis had warned. While it would be a stretch to label it fascism, the current atmosphere of overbearing authoritarianism in our country is certainly wrapped in the flag and carries a trishul. The flag is used not to only muzzle dissenting voices, but to smother the very act of critical thinking.

Unquestioning obedience is demanded, any doubts or questions raised over the dominant narrative — on Kashmir, Pakistan, Maoists, beef, academic freedom — automatically consigns one to the detestable camp of anti-nationals.

Conformity is viewed as a sign of patriotism, while critical thinking is seen as tantamount to treachery.

Demonetisation was a perfect illustration of the morality play our rulers weave. In a digital version of Freudian slip, the word is sometimes autocorrected on the phone as demonisation, which is perhaps not altogether far from what the exercise was intended to accomplish, as it did with great success.

It not only painted the entire opposition as corrupt and self-serving, but more broadly tarnished anyone questioning the rationale or effectiveness of the move as selfish and unpatriotic. The trope of evoking soldiers to make us happily stand in endless lines was telling; for at that moment we were all conscripted as soldiers for the nation, and like good soldiers we were meant to obey and sacrifice without any questions or complaints.

In this militaristic view of society order and discipline is paramount, thinking and rational inquiry are signs of weakness and liberal decadence. Hard work, the PM suggested , was superior to Harvard.

It must be noted that of all the appeals made by the PM to the citizens to gather support for demonetisation, almost every argument was aimed towards the heart, to emotions and morality; none to reason or economic logic. Inevitably, while the economics of demonetisation failed miserably, the politics of it won handsomely.

HL Mencken noted that “the most dangerous man to any government is the man who is able to think things out for himself, without regard to the prevailing superstitions and taboos”. The most dangerous prevailing superstition in our country is the unthinking devotion to a narrow-minded concept of nationalism. The fact that many of us today justify things such as the beating up or killing of humans in the name of a scared animal, or tying up a citizen to a jeep and parading him around, or the demonisation of academics, journalists and minorities, or the elevation of a hate-spewing priest to lead a state, is evidence enough that many of us have, in Mencken’s words, stopped “thinking things out for ourselves”.

That is the greatest political triumph of the government of the day, as well as the greatest tragedy for the health of our democracy.

Also read: Tough times ahead: Anti-Modi is the new 'intellectual'

Post your comment
#Media, #Nationalism, #Modi government
The views and opinions expressed in this article are those of the authors and do not necessarily reflect the official policy or position of DailyO.in or the India Today Group. The writers are solely responsible for any claims arising out of the contents of this article.