We take pride in the fact that we ask questions that threaten fascist bodies into wanting to beat us up to shut us up.

On May 7, at around 12.45am, as a friend and I walked into one of the lanes near Jadavpur University, I saw Akhil Bharatiya Vidyarthi Parishad (ABVP) and BJP members - goons, to be more precise - raising havoc. I watched them stop an aged rickshaw driver who was on his way back home, hit and threaten him, and offer him extra money to put two of their "injured" people on the rickshaw to be driven somewhere across the main road. Four people got onto the rickshaw, shouting "Pakistan Murdabad" as the rest of the lot repeated the same.

As a student who was there to protest against fascism, I witnessed how undaunted and fearless these people seemed even in the glare of the many cameras around them. I felt threatened and stuck to the shadows of a shop that was about to shut. I was scared because I had experienced the trauma of having my shirt torn in 2014 by a police personnel, and didn't want to go through the same again.

The screening of two films Muzaffarnagar Baki Hai and Buddha In A Traffic Jam were scheduled. In the afternoon, when the students learnt that the screening of Buddha In A Traffic Jam was organised by the ABVP state committee, in which it was stated that this was the "launch" of one of its units in our university, it caused unrest. The university authorities then asked the screenings to not take place at all, a directive that was countered by the students stating that dissent must prevail and that Jadavpur stands as a place where debates must take place.

Also read: How two Bengal universities can play a role in deciding fate of the state

In spite of the difference of opinion with regard to both the screenings by the students, it was consciously decided to carry on with the schedule. The ABVP members arrived at the gates of the university with their flags aggressively voicing slogans against the students and authorities which was countered by the students by the way of black flagging and sloganeering.

The students had been asked to attend the screenings as individuals whereas the ABVP members turned up in the form of an aggressive, threatening group holding their flag.

This was followed by violent reactions from the BJP and ABVP members who molested and beat up students. This was condemned by the students and authorities. After their "celebrity" guests left, the members commenced their hooliganism all over again. 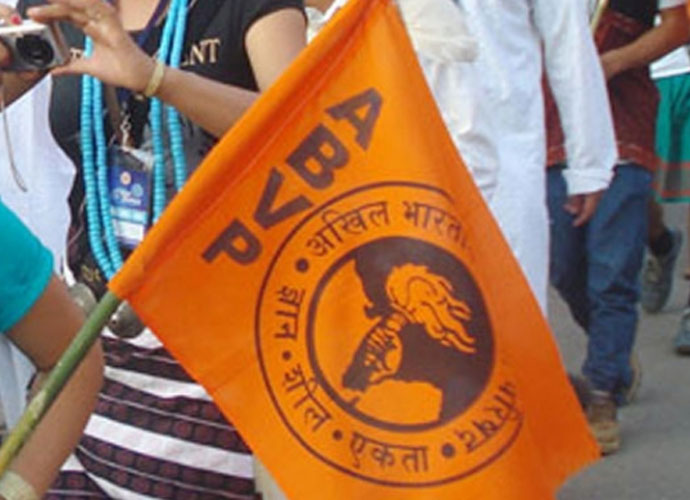 The confidence in the fascists' hatred is frightening.

This was the series of emotions that a general student who pledged no loyalty to any political party whatsoever went through:

1. Watching friends and juniors and seniors get beaten up and molested is tormenting. You feel helpless at that time. It makes you want to hit them back, and abuse them back too. When they raise questions like: how dare women question us, it's hard to control yourself. But that's the scariest part. Their misogynistic, violent ways breed violence in the ones they victimise as well. That's a part of me that I don't want should exist.

2. The confidence in their hatred is scary. The passion with which they say "Pakistan Murdabad", makes you realise that somebody has bluffed them into believing that what they are doing is for the betterment of the country, and secretly, each one of them, deep inside believe that they are now like the armymen who are protecting the country in the borders. One feels helpless. What a waste of energy of a bunch of passionate young people, who have clearly been mislead.

3. Their hatred towards women is the scariest of all. They don't think twice before "raping you with their eyes", humiliating you and making you feel that being born with a vagina was a crime you shouldn't have committed. All these make you terribly angry. Here are a bunch of people who at the slightest opportunity are willing to strip women of their ambitions and take the country back by a century.

4. Their unwillingness to even listen is even worse, now that I think of it. According to them, all of us were CPI(M) "dalals". According to them, we were all members of the Opposition political party. Their lack of knowledge regarding the political scenario and the lack of desire to learn or make sense makes you feel that any attempt to make them see reason will be inadequate. Where then lies a solution?

As a Jadavpur University student, I am judged every day. People automatically sketch out an image of my personal and social life. People automatically assume that I am a rule-breaking, angry, rebellious, looking-for-issues-to-raise-a-pointless-hue-and-cry-about individual. People automatically seem to pretend to know everything about me, some times without even knowing my name. I then become "That Girl", who parents don't want their children to become, which I personally find both frustrating and funny.

At our university, we take great pride in the fact that we ask questions that threaten fascist bodies into wanting to beat us up to shut us up.

A young boy in his first year got beaten up on May 6 right outside his hostel, where he was eating, because he raised a question.

We march for the rickshaw driver who was forced to work at that hour, as well as one of our own boys who questioned the fascists' ideology. We march for everyone who is marketed as dirt by this growing mob of mindless fanatics who spread the disease of communalism and casteism.

But what makes me feel sad? While we march for everybody, most will still say: "Students should just study". I want to live in a country where people understand what education stands for. I am glad I "study" at a university which helps me grow as an individual, which makes me believe that the violence of a fanatic must be countered with the patience of a rational individual, at any and every cost.

We have seen the CPI(M) and Trinamool Congress (TMC) inflict brutalities within the periphery of the campus. Now, we have seen the BJP too doing the same. It's new, but we'll fight it the way we've always fought.

As we chant during our rallies: "The People United, Shall Always Be Victorious."

#BJP, #ABVP, #Anti-nationalism, #Jadavpur University
The views and opinions expressed in this article are those of the authors and do not necessarily reflect the official policy or position of DailyO.in or the India Today Group. The writers are solely responsible for any claims arising out of the contents of this article.

The author is a student of Comparative Literature, Jadavpur University.