Its recent drubbing in three Hindi heartland states and the possibility of a grand alliance appealing across castes, are adding to the BJP’s woes.

Ahead of the 2019 general elections, the BJP is finding it difficult to keep the flock of its alliance partners together.

Just days after the Rashtriya Lok Samta Party (RLSP) quit the National Democratic Alliance (NDA) and joined hands with the Opposition camp, more ‘ally trouble’ seems to be coming the BJP’s way with Apna Dal (Sonelal) leader Ashish Patel openly saying that the party leadership felt it was being neglected by the Uttar Pradesh unit of the BJP.

Ashish Patel, Apna Dal on NDA seat sharing: State BJP leadership isn't giving us the respect we deserve, they should learn from recent losses. The SP-BSP alliance is a challenge for us, allies in UP are upset, leadership at Centre must do something else NDA would suffer in UP. pic.twitter.com/rY584bLkJJ

Another ally, Suheldev Bharatiya Samaj Party (SBSP), has stepped up the pressure on the BJP in UP. The SBSP chief, Om Prakash Rajbhar, who is also a Cabinet minister, has been heard criticising his own government and UP chief minister Yogi Adityanath frequently of late.

The biggest jolt in terms of allies had come to the BJP from the Telugu Desam Party (TDP), after the party’s chief decided to walk out of the NDA government.

Rajbhar has also warned the BJP that SBSP would go solo in the 2019 elections if the latter doesn’t accord his party due respect. The BJP won a thumping majority in the 2014 UP elections. But will the lotus bloom again? (Source: Reuters)

However, the saffron party has a lot to worry about in the context of Uttar Pradesh ahead of the 2019 elections. If the alliance between the Bahujan Samaj Party (BSP), SP (Samajwadi Party) and Rashtriya Lok Dal (RLD) is indeed formed, then UP could well give BJP its biggest headache.

Yogi Adityanath, who tried to project himself as a development-oriented leader immediately after taking over as the CM, has failed to live up to people’s expectations. With Adityanath’s entire focus being on Hindutva, gau raksha and renaming cities and districts, his government has failed to curb lawlessness, making him an unpopular leader fairly swiftly. 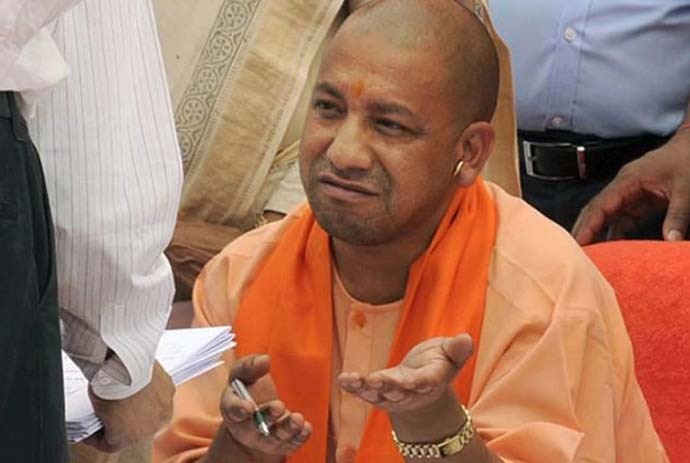 The party is also facing growing resentment from saints and sadhus over the issue of the Ram Temple in Ayodhya.

Shiv Sena, BJP’s ally in Maharashtra, is trying to hijack the mandir movement by organising sabhas.

The unpopularity of most BJP MPs in UP, who won in 2014 because of the Modi wave, is another factor giving the top BJP leadership sleepless nights.

After the grand alliance managed to outwit the BJP in the strongholds of CM Adityanath and deputy chief minister Keshav Prasad Maurya — Gorakhpur and Phulpur respectively — the saffron party faced more setbacks in the Kairana and Noorpur by-polls.

In a state where Dalits constitute about 20 per cent of the population, BJP MP from Bahraich, Savitribai Phule, who is a significant Dalit leader, resigned from the party, accusing it of sideling her community.

The alleged dilution of the SC/ST Act has also led marginalised communities to be miffed with the BJP.

Rajbhar has threatened to protest against his own government if the promise of quotas to various castes within the backward class is not implemented.

The talks of an alliance between Akhilesh Yadav and Mayawati are gaining momentum. It is expected that both the leaders will announce the alliance for the 2019 polls in January. Ajit Singh's Rashtriya Lok Dal (RLD), which holds significant clout in western UP, is likely to be a part of this alliance. 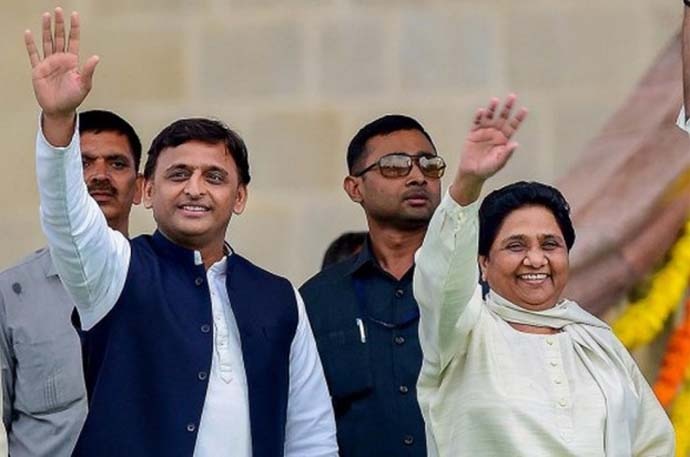 Talks of an alliance between Akhilesh Yadav and Mayawati are believed to be at an advanced stage. (Source: India Today)

Given how caste combinations are important in the UP elections, the formation of this alliance could give the BJP a huge jolt.

Both communities have largely supported Akhilesh Yadav's SP in the elections.

Some other backward castes have also favoured the SP in previous elections. The RLD is capable of influencing 1.7 per cent Jats in the state. The upper caste Brahmins and Thakurs are unhappy with the government introducing amendments to the SC/ST Protection Act.

It is thus clear that the BJP faces problems from all sides.

After Upendra Kushwaha resigned from the NDA, the Lok Janshakti Party (LJP) was able to pressurise the BJP to give it six seats in Bihar.

Apna Dal leader Ashish Patel accusing the BJP of not giving it enough importance, and his wife Anupriya Patel cancelling her visit to a government event in Deoria, are being seen as ways to force the BJP to give it a better deal in UP.

Anupriya Patel, Union Minister and Apna Dal leader on party president Ashish Patel's statement 'BJP should learn from recent losses. SP-BSP alliance is a challenge for us': My party president has already expressed the party's view and I stand by it pic.twitter.com/u5DQEBIOV0

Apna Dal, which only contested from Mirzapur and Pratapgarh in the 2014 Lok Sabha polls, holds significant influence amongst Kurmi voters. Sources within the party say that its leadership will now be mounting pressure on the BJP to get at least six seats for the 2019 polls.

SBSP chief Rajbhar, who enjoys the support of the Rajbhars, is also mounting pressure on the BJP for more Lok Sabha seats in UP. His party has managed to form a strong base in the Purvanchal region.

The recent drubbing in the Hindi heartland states such as Madhya Pradesh, Chhattisgarh, Rajasthan and the possibility of a Mahagathbandhan taking shape have emboldened the NDA allies to bargain hard with the BJP.

This sure is a tough time for the BJP.

Post your comment
#Narendra Modi, #NDA, #2019 general elections, #Apna Dal
The views and opinions expressed in this article are those of the authors and do not necessarily reflect the official policy or position of DailyO.in or the India Today Group. The writers are solely responsible for any claims arising out of the contents of this article.