I would recommend that someone from AOL take the trouble to read the NGT expert panel's report in its entirety before commenting on its contents.

Art of Living’s (AOL) cultural extravaganza "World Culture Festival" (WCF) of 2016 has been embroiled in a legal matter for over a year at the National Green Tribunal (NGT).

Following strict observations by the Delhi High Court and subsequent hearings at the green court, NGT "allowed" AOL to organise the WCF and declared its helplessness in banning the event due to "fait accompli".

Even at the time, based on a preliminary assessment, an interim damage compensation amount of Rs 5 crore was levied on AOL, which they reluctantly deposited after several weeks of dithering. The NGT also constituted an expert panel to ascertain the quantum of damage and amount of restoration of the festival site.

The panel’s final report came out in public early this week (a year since the WCF), estimating the cost of restoration to be above Rs 42 crore. As expected, AOL has rubbished the findings of the NGT-appointed panel and has cried conspiracy.

As an environment enthusiast and also someone who has been closely following this matter along with opposing the very idea of a "World Culture Festival" on the banks of the River Yamuna in a formally declared eco-sensitive floodplain, one finds the AOL’s recent offensive against the expert panel findings outrageous, brazen and lacking understanding of rule of law or rule of nature.

Here I counter the fakery and claims made by AOL in its official press release as a response to the expert panel report:

1) Art of Living says: "This report is completely flawed, unscientific and biased."

Art of Living has been calling the expert panel biased from the time of its establishment, even when there were just four members. The panel now has seven members and has been appointed by the honourable NGT, with three more experts added on June 3, 2016.

This was after AOL complained that the panel composition was biased. Interestingly, the three new experts - Nitin Labhasetwar, AA Kazmi and RM Liberhan - have all signed the panel report and have agreed on the quantum of damage.

Also, the merit of this panel doesn’t rest on the mere fact that they were appointed by the NGT; these experts are some of the leading subject matter specialists in their respective domain of work.

Prof CR Babu (Delhi University) and Prof AK Gosain (IIT Delhi) are the leading biodiversity scientists of our country, with decades of experience and have served on a number of government-appointed committees. Nitin Labhsetwar is a senior scientist nominated by the director of NEERI, the foremost environmental science and engineering institution in the country and is a government-affiliated body.

RM Liberhan is a former central defence accountant with a number of years of service with the government. AOL's claim that the findings of these eminent scientists is "unscientific", the additional panel members' consensus on the report is "biased’ and process of NGT to ascertain damage is "flawed", clearly states the intent of the organisation and its denial of the law of the land.

First of all, let's put the facts right. The damage as stated by the panel in their 2017 report is Rs 42 crore and not Rs 13 crore. The allegation of "randomness" in bringing the amount down from Rs 120 crore to Rs 42 crore also has sufficient basis.

We need to understand that the estimate of Rs 120 crore was presented by the panel on February 22, 2016, on their assessment of the damage that an event like this would cause, prior to the actual event having taken place. 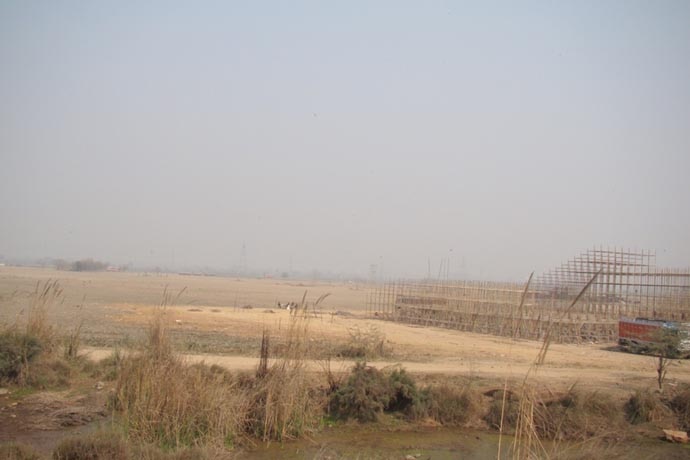 The report refers to the damage to the wetlands and the floodplains over a dozen times.

This report also clearly states “the committee is of a strong view that the organisers, ie the Art of Living Foundation, should be responsible for funding the restoration plan as a penalty. The committee in its rough estimation feels the total cost of restoration of the floodplains on the western side of the river alone, as proposed by the principal committee, will now be of the order of Rs 100-120 crore”.

Based on this report and consequent hearing on the matter, the chairperson of NGT passed an order on August 10, 2016, directing the expert panel to furnish “…at least tentative costs that are liable to be recovered for the damage caused to environment, ecology and biodiversity as the committee had concluded in its report dated July 28, 2016, that there has been such damage".

The previous amount of Rs 120 crore was for "ecological restoration", the current figure of Rs 42 crore is for "ecological rehabilitation". The panel report also states “the physical component estimated to costing about Rs 28.73 crore should be taken up immediately and completed in two years' time. The biological component is estimated to cost about Rs 13.29 crore, required to be accomplished over a period of 10 years, should be simultaneously initiated. These estimates are approximate and need to be strengthened through commissioning of a DPR”.

In a nutshell, the earlier amount of Rs 120 crore was an estimate for "ecological restoration" done before the World Culture Festival took place, the current amount of Rs 42 crore is an estimate for "ecological rehabilitation", assessed after the event. There is nothing random in this calculation, if at all it's a demonstration of how AOL has limited scientific acumen to read a report.

Mr Ravi Shankar, it may be brought to your notice that the expert panel is "consistent" in its observation that the damage is permanent. It has clearly stated in the report that approximately 10 years is what it will take to bring some biological rehabilitation to this area.

It also clearly states that complete "ecological restoration" of the festival site is just not possible. I would recommend that someone from AOL take the trouble to read the report in its entirety before commenting on its contents.

Also, your battery of "saints" who perhaps also serve as AOL-certified scientists must understand the role of wetlands in a floodplain. The expert panel has been consistently referring to your act of destruction as "damage to the floodplain that contains wetlands".

The report refers to the damage to the wetlands and the floodplains over a dozen times. The "excerpt" below from the expert report perhaps would be helpful for you to understand the charges levelled against AOL and clarify whether they are consistent or inconsistent!

“The details on the kind of damage and degradation to the ecosystem of the site have been provided in the earlier report by the seven-member committee submitted to NGT. AOL's activities that led to the damaged/ impacted floodplains include (i) clearing of vegetation (ii) levelling and compaction of the ground and filling up of water bodies (iii)construction of the stage and other temporary structuring (iv) construction of ramps (v) construction of pontoon bridges (vi) construction of access roads and (vii) blocking the side channel of river Yamuna. These activities led to (i) change in topography/ habitat diversity (ii) loss of waterbodies/wetlands (iii) loss of flood plain vegetation and biodiversity (iv) changes in substrata - nature of soil, consolidation and compaction, toxic substances and (v) degradation and loss of ecosystem functions.”

The other claim that perhaps two members of the panel who have not signed the report might therefore not be in agreement with the findings of the report, is yet another immature observation.

Allow me to refresh AOL’s memory on this matter. Dr Brij Gopal is one of the panel members whose signature is not on the current report. This is the same Dr Brij Gopal whom AOL has accused several times publicly, as well as before the NGT bench of "bias" and "conniving" with the petitioner of this particular case (Mr Manoj Mishra).

The other panel member and in fact the head of the expert panel is Mr Shashi Shekhar, secretary, ministry of water resources. Responding to questions from the NGT bench on March 8, 2016, prior to the start of WCF, the ministry submitted an affidavit stating, "We have not granted any permission regarding the event and no application is pending with us on the same."

Mr Shashi Shekhar is also signatory to all other expert panel reports submitted to the NGT. Therefore, crying "conspiracy" at every available opportunity does little to support AOL's position.

According to the judgment of NGT of March 2016, AOL should have begun work on repairing the damage done by the WCF extravaganza. More than a year later, the April 2017 judgment will certainly add some more tasks to your pending list of things to be done… stay ready, stay blessed.

Art of Living was once a non-controversial entity, satiating the culture hunger of the middle class of this country, who wanted to find blind solace in spirituality and had forgotten how to breathe normally.

AOL volunteers, seekers and followers, chanted and found peace. It's time to serve them some truth, too.

Post your comment
#World Culture Festival, #National Green Tribunal, #Sri Sri Ravi Shankar, #Art of Living
The views and opinions expressed in this article are those of the authors and do not necessarily reflect the official policy or position of DailyO.in or the India Today Group. The writers are solely responsible for any claims arising out of the contents of this article.