It's the economy: Kashmiris are being suppressed and Pakistan or ISIS is not the reason

Kashmir has suddenly been locked down, its people suppressed, its leaders held. But why now?

Right now, that’s how all communication in Kashmir is happening.

If somebody’s kids are abroad and they couldn't come home for Eid when their parents were expecting them, we have to send a person physically to that place to convey the message. I myself have been sending letters to my family members to convey my messages. 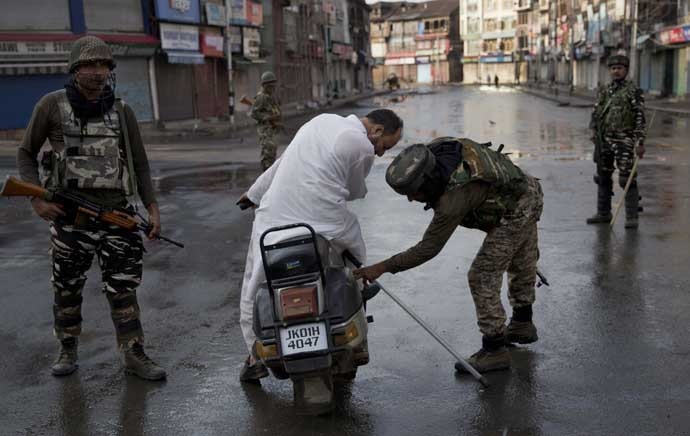 Nothing's moving: Kashmir has been put on lockdown. (Photo: AP)

People who come from Kashmir today, they tell us things depending on the conditions there. It's a hypothetical example, say, someone comes from Sopore and says, there is curfew there, so if someone wants to travel there, we tell them no, don't go there, stay in Srinagar instead.

This is how we are forced to manage.

Looking at this situation in the Valley, I wrote a Twitter thread recently with at least 10 points on what appeared to be the condition of Kashmir right now, based on my conversations with people who have travelled from the region.

I had written on D2H subscriptions running out because satellite TV is the only means of communication left. In point number eight, I had mentioned how state officials are visiting various districts to review health conditions — that’s a positive thing I’m writing about the administration.

As I see it, if genuine people are seeing things that are genuine rights violations, then, yes, we need to highlight that.

This is why we actually have no way of confirming things.

Some of the things that people coming from Kashmir say about the situation:1) Movement within Srinagar and to neighbouring districts is more or less permitted. Local press is restricted.2) Cooking gas shortage has started to set in. Gas agencies are closed.

All this is based on conversations with several people. The Shopian incident is based on a conversation with one particular person. A normal person who has no stake in anything. When someone that genuine tells you about the situation, you have good reason to believe it. I’m not going to hand over the source to anyone at all. I have to protect people — which may mean an arrest or facing an FIR myself. I am prepared for that eventuality; I know the price I am paying.

You have to side with the truth — we can’t be silent. Otherwise we are as good as dead.

Today, we need to focus on Kashmir — and there is clearly a lockdown there. There is a report that apparently claims over 4,000 people have been arrested. How have they been arrested? Is there a jail bharo andolon going on? Are these people giving voluntarily arrest? No. Then obviously, they must be getting picked up by someone.

And I am not the only one saying this, there are so many reports. This isn’t about me but what is happening to the people of Kashmir. If our people are being pushed to the wall, we have to speak for them.

There are reports of injuries, casualties, arrests; all this has become normal in Kashmir. The High Court has not functioned for two weeks now. People whose boys have apparently been picked up cannot file any petition. Lawyers have been arrested. Is this situation normal by any standard?

Meanwhile, there are reports that the nation's textile industry is slowing down, that people are not even buying a five-rupees pack of biscuits. The sales of cars, trucks and tractors have gone down. There is a huge economic slowdown; joblessness is at its peak. If anyone wants unrest, it would seem to be the BJP. Otherwise, it escapes me as to why they deliberately pushed this crisis at the time of the Amarnath Yatra, Eid, August 15 — the most sensitive time? Was it not possible for them to have waited for the Winter session of Parliament?

And what do they say to their critics who feel the government wants to divert attention from the economic crisis? I certainly have not come across a strong enough defence there. When is this picture from? How do you confirm without being able to record? (Photo: India Today)

I am being accused of spreading news without proof now. Well, this is how it works in Kashmir — a day before, when I had spoken with someone in Kashmir, the person said, there was firing in his lane and the transformer was hit by a bullet; there was a power shutdown. Do we have proof of this? No. This is just what people say. My cousin came back from there, she was telling me she saw some forces apparently breaking window panes and when she tried to make a video, an armed personnel stopped her from doing so.

The government machinery is stopping the documentation of any abuses.

In that condition, when I am asked for proof, well, that’s unfair.

Today, I feel arrest is the least of the horrible things which can happen to me. There are children who haven’t spoken with their parents for days. They have no clue what is happening in Kashmir. In their home. When you hear of such things, you know your misery is less compared to them. Even if there was to be an arrest for me, I think it would be nothing in comparison to what the people of Kashmir are facing.

I am often asked about the Pakistan dynamic in Kashmir. But I have nothing to do with Pakistan. I am concerned with what is happening in India. I am well within my rights to ask what is going on here — why should I not talk about what is happening in our country? I am not going to focus on Pakistan — I’m not influenced by them. The Indian state needs to look within rather than blaming Pakistan for everything.

Pakistan started giving armed support in Kashmir only at a particular time. Think of it logically — from 1960-89, nobody in Kashmir was ready to take up arms although the offer was there. Armed insurgency was the direct result of the suppression of democracy. In 1987, when the elections in Kashmir were rigged, that is what fuelled armed insurgency in Kashmir. Those people who were contesting elections, they were literally the ones who went to Pakistan, picked up arms and started doing insurgency. So, more than Pakistan, I blame India on this.

Of course, as people point out, it was a Congress government at that time but that doesn’t matter. The general approach towards the Valley is that Kashmir has been kept in India only to show that we are secular.

The truth, many of us feel, is that we have a Muslim majority state but we don’t have rights — if this was to happen in any other state, Maharashtra or anywhere else, there would have been a big uprising. Imagine Ashok Chavan, Prakash Ambedkar, Sharad Pawar getting arrested — there would be an uproar. The country would be out on the streets. 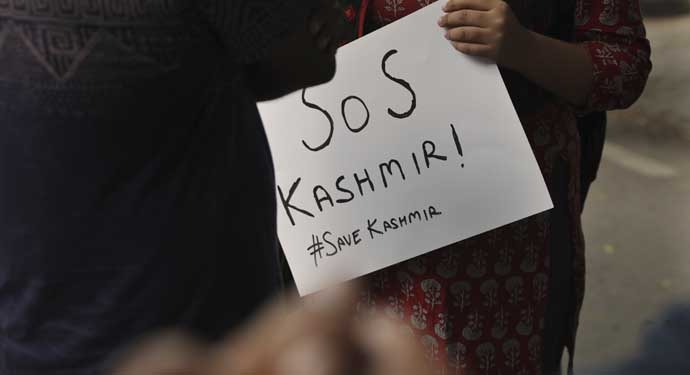 It's urgent: Kashmiris need to be allowed to speak. And be heard. (Photo: AP)

I had faith that at least the political voices in Kashmir would be respected. Even that is not happening — what crime has Mehbooba Mufti or Omar Abdullah done?

I don’t find the international silence on Kashmir surprising though. India is a huge market and no one would want to lose it. Having said that, one should think that Kashmir was discussed in the UNSC — I think that type of visibility was good. There could be potential rights abuses. In that case, international attention is necessary. The government knows the world is watching them.

The current crisis is homegrown. If India tries to blame it on Pakistan, on some sort of fear of ISIS, Al-Qaeda, it would be deluding itself — this has everything to do with India and nothing with Pakistan.

Anything that a Kashmiri now says is suppressed; you will be slapped with cases while people in the majority community can even say, we will marry Kashmiri women — is there any action against them?

I am born in a certain community and I have to raise my voice for them. If you are from a minority community, you can be slapped with charges just for speaking up, even be branded as 'anti-national'.

My worry is that till the time I’m alive and out, I should side with the truth.

And when my community needs me, I should be able to raise my voice for them.

Also read: Article 370 scrapped: How Modi 2.0 is moving with a timetable and it looks unstoppable

Post your comment
#Indian Army, #Article 370, #Kashmir, #Shehla Rashid
The views and opinions expressed in this article are those of the authors and do not necessarily reflect the official policy or position of DailyO.in or the India Today Group. The writers are solely responsible for any claims arising out of the contents of this article.