Remove Kashmir's Gag: Why the communication shutdown must end in Jammu and Kashmir

There is a risk of drawing international attention to the Valley once again. And this won't need Pakistan pushing Kashmir's case.

The Supreme Court has ruled that the government needs to be given more time to ensure normalcy returns to the Union Territories of Jammu and Kashmir and Ladakh before any relaxation is allowed in the shutdown of communication facilities.

Describing the situation in Jammu and Kashmir as “very sensitive”, the Supreme Court on Tuesday, August 13, refused to pass any immediate order to the Centre to lift restrictions. 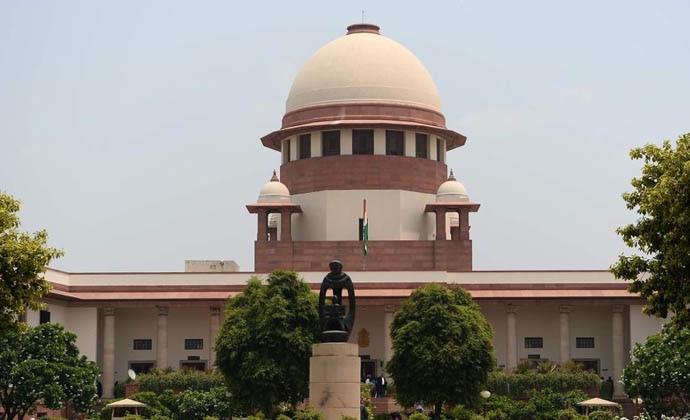 As things stand: The Supreme Court will review the security situation in J&K after two weeks. (Photo: India Today)

The Supreme Court, on its part, will review the situation in two weeks but a prolonged clampdown on communication channels and keeping people housed indoors for far too long could do exactly what India has been trying to avoid — draw international attention to the region.

This time, it wouldn’t even need Pakistan to do that.

After the bloody militancy that kept Kashmir on the boil for most part of the 1990s, the world largely came around to the fact that Kashmir is a bilateral issue between India and Pakistan. India’s move to revoke the special status granted to Jammu and Kashmir under Article 370 has asserted to the world that Kashmir is an integral part of India — leaving Pakistan fuming and frustrated.

But India cannot afford to forget that Kashmir emerged on international forums around 2015-16 — when many in the Valley became victims of the use of pellet guns at the hands of the security forces.

Keeping people cut off from communication via phones and internet in today’s highly connected world is a human rights issue.

While such a move can pass off as a security requirement for a day or two, a prolonged phase of cut-off can draw unnecessary criticism — and by extension, international condemnation. For a country aspiring to be a superpower, such a situation doesn’t bode well. Tied up: Communication shutdowns have come to be a part of life in the Valley. (Photo: Reuters)

According to data via the Software Freedom Law Centre, India (Sflc.in), as part of the latest Internet Shutdowns Report, the August 4 shutdown is the 51st — just this year in Kashmir.

But what is happening this time is very different from all the shutdowns that the region has seen of late. This is a period where the people of the region, especially Kashmir, are confused and numbed by the decision announced on August 5. It is in moments such as these that people want to reach out to their loved ones even more than other times.

Pakistan may not be finding countries to of now to back it with even the UAE supporting India’s decision. But humans rights bodies may take cognisance of the matter sooner or later. For Narendra Modi, who, in his second stint as Prime Minister is trying hard to emerge as a statesman and an inclusive, humanitarian leader, this may undo some of the efforts made in that direction.

The government must act fast to ensure normalcy returns — with people at least being able to talk to friends and their family.

#Human Rights, #Jammu and Kashmir, #Communication shutdown in kashmir, #Article 370
The views and opinions expressed in this article are those of the authors and do not necessarily reflect the official policy or position of DailyO.in or the India Today Group. The writers are solely responsible for any claims arising out of the contents of this article.