The deal that broke: Article 370 had to go when Donald Trump met Imran Khan. What follows now?

Pakistan likely agreed to help the US in Afghanistan for US help on Kashmir. But the Modi-Shah masterstroke upset that scenario. So, is the Afghanistan deal off too?

The objections of the Left to the abrogation of Article 370 are irrelevant — even if some of them are thoughtful and correct.

They have been rendered irrelevant though by developments outside the purview of the Government of India.

By now, it should be clear to all that Donald Trump is no fool. So why would he offer to mediate on Kashmir, just as Pakistan is sweating and about to fall to its knees because of a financial crisis brought about by American pressure, its long-running operations in Kashmir on the verge of total collapse?

Why would he then repeat it after India refused and his administration fell over itself to backtrack?

Clearly, it means that Pakistan has cried uncle and agreed after 18 years to facilitate — instead of obstructing — whatever withdrawal or long-term presence arrangements the Americans want.

To my mind, Pakistan paid this price in exchange for Kashmir.

The Pakistani Army was stopped from conducting its operations in Kashmir by 9/11 and has been keeping separatism at a simmer, counting the days till when it was free to turn up the wick again. Now Pakistan was staring at complete and permanent defeat in Kashmir. If Pakistan didn’t come to the rescue now, it was game over for Kashmiri separatists — and they were starting to believe that Pakistan wasn’t coming because it couldn’t. 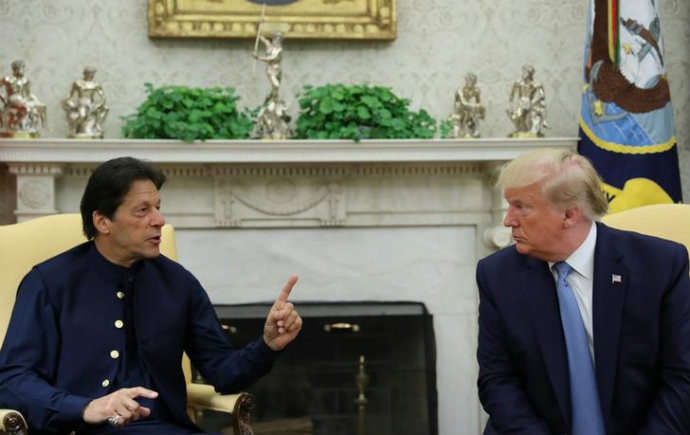 The deal that cracked: Stung by India, Pakistan may now renege on its Afghanistan arrangement with the US. (Photo: Reuters)

Pakistan, to save its reason for existence, the Kashmir Jihad, thus made the only deal it could.

Americans can have what they want in Afghanistan — if Pakistan gets a resolution of Kashmir or the freedom to look after Kashmir itself.

Is it selfish of Donald Trump to want to take the deal at the cost of India? No.

If the US has no standing on the Kashmir issue, then it cannot be under any obligation to concern itself with Kashmir when dealing with Pakistan. Since India is determined to look after Kashmir itself, it must now do so and no longer depend on US actions for peace.

This means that the day that Pakistan has been waiting for since 9/11 — indeed, since its humiliation in Kargil — has arrived. It's now or never for Pakistan, and the US has left the two neighbours to sort it out amongst themselves since India wants no mediation.

The Kashmir Jihad is coming again.

The Indian government, for once, has taken this seriously and taken pre-emptive action, rather than run around putting out the fires that Pakistan starts, the situation never getting in hand. The government has taken direct control of the administration. It has fortified the entire line of control (LoC) against Pakistani military adventurism. It has clamped down on the ability of Pakistan’s proxies to organise mass mobs to assault law and order. It will be looking for Pakistani operatives that have sneaked across. Infrastructure, such as roads, bridges, power stations and telecom, will be fortified against saboteurs.

A responsible government that does not intend to keep playing games around Pakistan’s Jihad the way India has been doing since 1947, charged with the duty to see off the renewed assault that is coming from Pakistan, has taken the only possible responsible course of action. 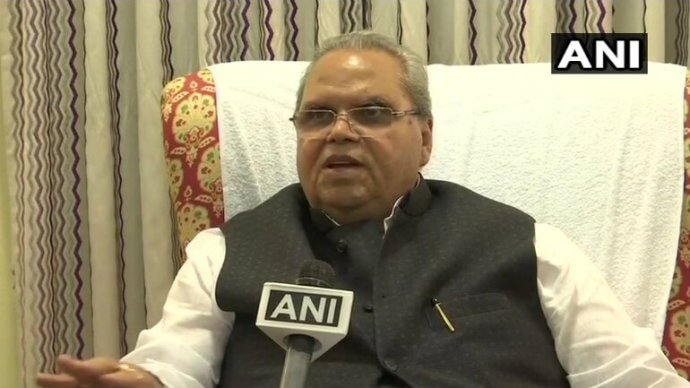 In the last one year since Governor Satya Pal Malik took over, the extent of administrative achievement in J&K has been staggering — over the years, Srinagar had turned into a slum, as successive governments handed out generous infrastructure contracts to cronies who tore up all the main thoroughfares of Srinagar and left the projects mostly unfinished, as successive trains of opportunity seekers on both sides of the table helped themselves to the contents of the pot of gold.

But Governor Malik had all the flyovers completed and a gorgeous new four-lane highway from Qazigund to Srinagar made in place of the narrow old road that choked its way through endless villages and towns. The Governor’s administration has been transformative to a Kashmir that had rotted through — eaten up by the termites of corruption, exploiting the opportunities of a conflict economy.

The work that the Governor has done is ample evidence that the Bharatiya Janata Party (BJP) is serious about bringing infrastructure and investment to Kashmir and engaging the population in profitable employment and rewarding enterprise that has so far been impossible in the Valley for the vast majority.

How successful this is will depend both on how serious and sincere the government is in this ambition and on whether the Kashmiris come on board with it.

It is for certain that just as anything that would bring normalcy to Kashmir has always been disrupted by separatists who cannot allow Kashmir to be normal, there will be those who will want to prevent the BJP from achieving any success in bringing positive and sustainable change to Kashmir. The government’s very drastic moves over the last few days show a complete determination to deny Pakistan and its allies in Kashmir any success whatsoever.

To what extent the BJP will, or will be able to, realise its vision in Kashmir will be seen as events unfold — but Narendra Modi has certainly stunned Pakistan with the rapidity, extent and sheer boldness of his decision-making.

Once again, as after Pulwama, Pakistan miscalculated the decisiveness and strength of the Modi government. 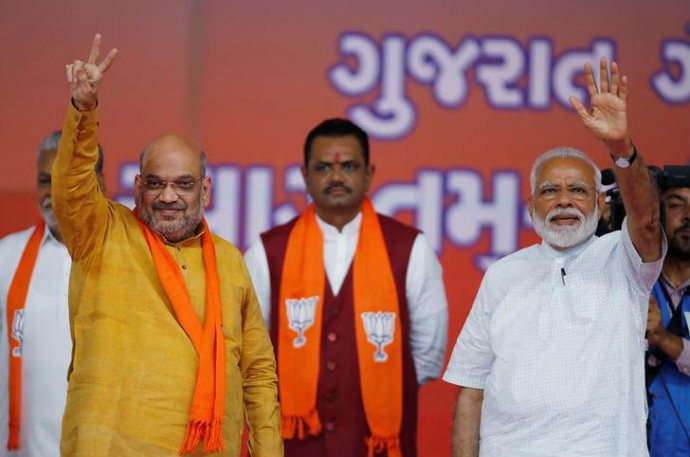 This is going to bring Trump back.

Pakistan will renege on its deal with Trump.

Trump will be accused of betrayal, of having told Modi to act after he had made a deal with Pakistan.

Of course this is garbage, because while Trump drives a very hard bargain, he’s good for his word. If he betrayed the people he’d made deals with, he couldn’t sell a hard deal to anyone. But the Pakistani Generals will tell Trump that the Afghanistan deal is off because India has stunned Pakistan by acting first.

Trump knows better than anyone not to make sanctimonious speeches at Modi about 'unacceptable actions' and 'respect for the international community'. He knows that if Modi has done this, there is now no climbdown coming from India.

Perhaps there is a deal to be made here?

Maybe. Maybe not. We shall see.

But for today, it is clear that Modi and Amit Shah have dropped Thor’s hammer, or Hanuman’s mace, on the international community’s table. There will be caution in Beijing, Washington, London and Riyadh tonight.

Post your comment
#Donald trump meeting imran khan, #Imran Khan, #Article 370, #Article 370 scrapped
The views and opinions expressed in this article are those of the authors and do not necessarily reflect the official policy or position of DailyO.in or the India Today Group. The writers are solely responsible for any claims arising out of the contents of this article.