AAP can show the nation how a leader must navigate the economy in this disruptive era.

Even Delhi chief minister Arvind Kejriwal’s most ardent detractors will agree, at least in private, that after coming to power, the Aam Aadmi Party (AAP), despite all its internal inconsistencies, has been sincerely trying to address the most basic problems (lbijli, paani, education, healthcare, connectivity, etc) of millions of Delhi’s less privileged population.

Considering the fact that so far every government in India – be it at the Centre or in the states, barring a few exceptions like Kerala – has failed miserably to provide basic necessities to their marginalised population, the AAP government certainly deserves huge credit for its efforts.

Also read: Why Kejriwal is the silver lining in this atmosphere of gloom and doom

The effect of our prolonged neglect of key welfare aspects, like education and healthcare, is now before all of us to see. India is facing a huge barrier to enter into the emerging knowledge-driven economies. We are saddled with a huge population of illiterate, semi-literate (or functionally illiterate) and even unhealthy workforce, many of whom are living in sub-human conditions. Even Kejriwal’s most ardent detractors will agree that after coming to power, AAP has been trying to address the most basic problems.

This workforce (both existing and potential) can hardly contribute meaningfully to our growth and earn demographic dividend in an economy dominated by big data, artificial intelligence (AI), nanotechnology and various continuously emerging branches of science and technology.

It won’t be an exaggeration to say that as the fourth industrial revolution (Industry 4.0) or the second machine age (#2MA) is fast transforming every sector, India with its present state of public healthcare and education is fast sliding towards the abyss.

Also read: No achhe din for education or health in Mr Modi's Make in India

The danger of massive unemployment

One has to be absolutely blind not to see what is coming. With our unemployment overhang, when the AI-powered economy starts laying off millions of people who are performing a whole range of jobs – skilled to semi-skilled to unskilled, white collar to blue collar – it will soon become a humanitarian crisis of epic proportion.

There is no reason to believe that what has happened in China’s Foxconn will not happen to us. The technology company there has recently reduced its employee strength from 110,000 to 50,000 thanks to their newly introduced robots. This is happening at a time when China itself is reeling under growing unemployment.

In order to minimise the devastating impact of the tsunami of disruptive changes, it is absolutely critical for the government to understand the nature of these changes and formulate appropriate strategies. We must not only make efforts to pre-empt disasters, but also try to ride the tsunami waves in order to become a leader of the new-age economy.

Also read: Mr Modi, just how do you plan to get youth the jobs? 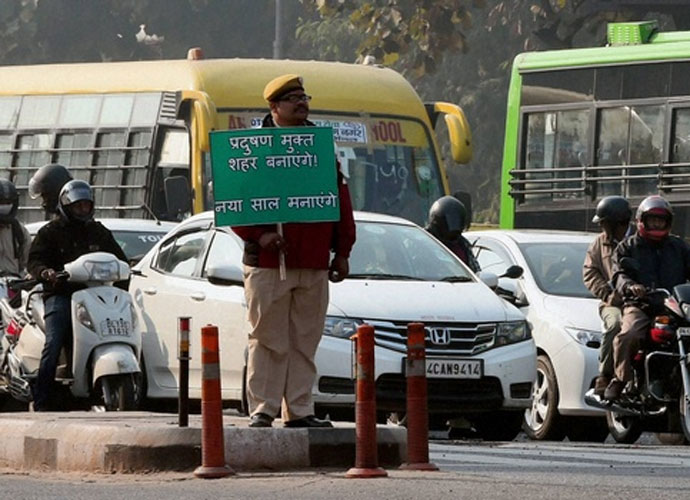 Kejriwal government has shown courage to introduce the Odd-Even formula.

It is quite obvious that only a healthy and highly educated workforce can flourish in the second machine age. Therefore, it is heartening to see Kejriwal’s emphasis on education and healthcare.

Possibilities for improvement of social indicators

What is most exciting about the new technologies is that their innovative use can now improve the key social indicators at a much faster rate than say, what Kerala had achieved in the past.

Also read: Why is the media allowing AAP to manipulate it all the time

A wide variety of possibilities already exist for providing top quality education, healthcare, clean environment and other welfare benefits very quickly to a large population. This was unthinkable in the outgoing era of mass production when working with standardised solutions for a prolonged period was the norm. Businesses and governments used to be more focused on scaling up productions based on those norms, and there was little scope for creative deviation.

High frequency of game-changing innovations is now changing all kinds of norms very fast. Product life cycle itself is losing meaning. Organisations, as well as governments, need to think differently to be effective while offering solutions that are intended to make real impact.

The standard linear thinking very often cannot be quite effective. Take for example, the Odd-Even formula for controlling traffic pollution in Delhi.

Questions to be asked for reducing traffic pollution

There is no doubt that the capital city requires drastic steps to confront the problem of vehicular pollution. Instead of paying lip service to finding solutions, as successive governments in the past did, the Kejriwal government has shown the courage to introduce the Odd-Even formula and thus keep a large number of vehicles off the road.

This is certainly a great beginning. Common sense also suggests that the scope of this measure is quite limited.

To bring about a fundamental change in the situation, the government has to explore something much more disruptive that demands a very different kind of thinking. We can give it a fancy name: out-of-the-box thinking, breakthrough thinking or something similar.

The AAP government must pose a fundamental question to all its offices and institutions in Delhi: What can every organisation do to make most of the daily travel by their employees, customers and other stakeholders unnecessary?

The organisations are modelled to operate in a way that requires their employees and clients to undertake daily trips to perform their routine work. Every office is doing it because every other office is doing it and that is the norm – norm of the industrial era.

Nobody is ready to challenge these norms or orthodoxies despite the fact that the industrial era economics is fast receding to the past.

Modi is a disaster for the new-age economy

It is high time that the government and institutions start questioning the orthodoxies that govern the functioning of our organisations. These orthodoxies or norms, appropriate for a different era, often lead us to believe that an employee’s dedication can be measured by her efforts to stick to office during the office hours. 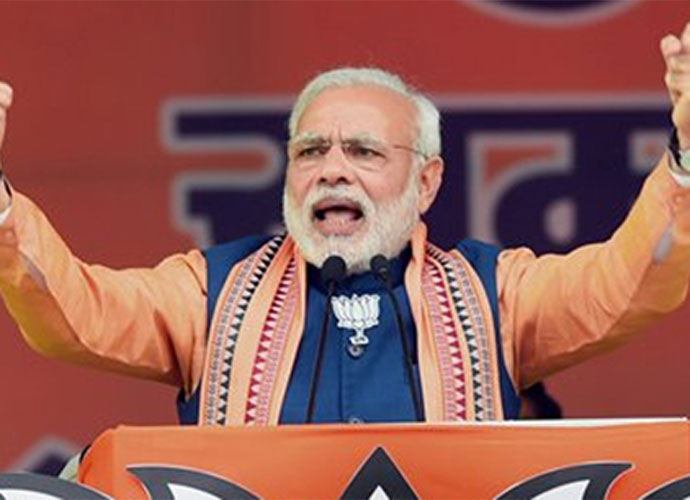 Modi is a disaster for new-age economy.

Officers are also supposed to get thumbs up from their bosses if they stay much beyond their stipulated office hours and even better, if come to work on holidays.

Also read: Despite all his experience, why is Modi so threatened by Kejriwal?

Thus, it was not surprising when our disciplinarian prime minister, after assuming his office, gave a clear signal to his officers that he expected them to be behind their desks during the office hours. Some of his ministers, taking a cue from the boss, even started performing random checks on subordinates.

Recently, there was even an absurd attempt to increase the working hours of the teaching community, when the world is already discussing about a different kind of academic scenario.

Two years of Modi at the Centre has given enough indications to conclude that this government has neither any vision nor understanding of the grave challenges of the knowledge economy.

Despite Modi’s terrible performance in Gujarat in key social sectors like education and healthcare, it was expected that after coming to power with such a thumping majority, he would show the courage and wisdom to undertake game-changing initiatives for taking India to the leadership position in the knowledge era.

But sadly, it appears that the Modi government is going to be a disaster for India in the emerging technology and innovation driven economy.

As if by declaring some recycled schemes with catchy titles and pumping up a rowdy army of trolls who are ready to attack any criticism of the government, Modi thinks he can take India to the leadership position in today’s AI-powered global economy.

The historical opportunity for Kejriwal

Kejriwal has the golden opportunity to show the nation how a leader must navigate the economy in this disruptive era. The pollution problem gives him a good chance to explain to people how to look at the bigger picture and convert the problem to a big opportunity for innovation and social transformation.

The problem of traffic pollution actually goes much beyond the narrow definition of the problem.

In a 24x7 connected environment when we are carrying our offices in our smartphones, is it not proper to ask if we can manage our offices, factories, educational institutions, hospitals, etc without compelling our employees, students, patients and others to undertake daily travels, and that also at the same time every day for a large section of the population?

What kind of different business models we can innovate for different sectors, and even within one sector?

Such questions, when asked and discussed openly, without any fear of intimidation among stakeholders, will lead to many different organisational innovations. In other words, discussions around one traffic problem alone can lead to a whole range of innovations in business models.

To begin with, Kejriwal can start with the government offices of Delhi. With consistent effort and commitment, the AAP government should be able to gradually implant the innovation gene in every office, school, hospital and business.

Delhi’s public institutions and businesses that are currently focused on efficiency and short-term operational performance shall be able to turn their "ordinary" employees into extraordinary innovators.

Once success is evident, the total innovation revolution will fast spread to other parts of the country. When that happens, India can legitimately declare its arrival into the knowledge economy.

Post your comment
#Odd-Even, #Technology, #Narendra Modi, #Arvind Kejriwal
The views and opinions expressed in this article are those of the authors and do not necessarily reflect the official policy or position of DailyO.in or the India Today Group. The writers are solely responsible for any claims arising out of the contents of this article.