Terrorism and violence are dangers lurking in the region.

On January 26, 2018, India made a significant development in its foreign relations when it hosted the heads of all 10 Association of Southeast Asian Nations (ASEAN) countries as chief guests on the occasion of its 69th Republic Day celebrations. The ASEAN-India Commemorative Summit began a day before Republic Day on Thursday with a luncheon at the Rashtrapati Bhawan. The ASEAN countries too used the summit to hold bilateral discussions with India. 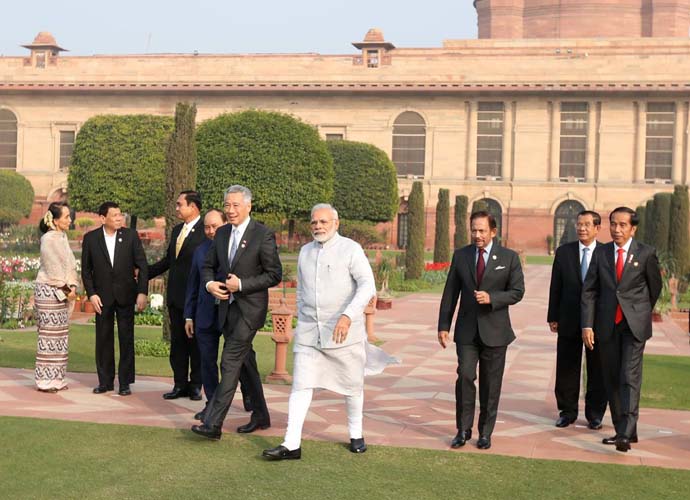 The bond of shared culture

The first time a dialogue was proposed between India and ASEAN was in 1976. The initiative did not progress. In response to a Janata government outreach, ASEAN secretary Datuk Ali bin Abdullah of Malaysia visited New Delhi in 1978 and Indian envoy to Indonesia then approached the ASEAN secretariat for "observer" or dialogue partner status but the efforts failed after India's hands-off approach in the Kampuchean crisis in 1979.Under Indira Gandhi, India moved close to USSR. Narsimha Rao cancelled a visit to an ASEAN dialogue at the last minute. In 1992 under Rao, India formulated a "Look East Policy". The same year India became the sectoral dialogue partner of the group. In 1996, India became full dialogue partner. In 2002, India and ASEAN entered into a summit partnership. Under Manmohan Singh 20 years of dialogue partnership was celebrated by hosting all 10 ASEAN leaders for the first time.

At the same time India also shares great bonds with the countries individually as well. The cultural bond between India and Indonesia is well known, the latter has its own form of Ramayan. Singapore had supported India's bid for full dialogue partner status of the association. India has close ties with Myanmar also.

In 2017, India and ASEAN observed 25 years of their dialogue partnership, 15 years of summit level interaction and five years of strategic partnership which culminated on January 25 in the Commemorative Summit whose theme was "Shared values, Common Destiny". During the summit, maritime cooperation and security emerged as the most important issues. The Delhi declaration mentioned combating terrorism through close cooperation by disrupting and countering terrorist groups and cross-border terrorism.

India is focusing on connectivity, commerce and culture as foundation towards a stronger relation with the region. Culturally, Ramayan and Buddhism act as a bridge between the societies. In December 2017, the Dharma Dhamma Conference was held in Rajgir, Bihar. Also, from January 20-24 India with the help of Indian Council for Cultural Relations organised the presentation of different forms of Ramayan by the ASEAN countries.

Efforts are on to boost connectivity with the region. Projects such as the trilateral highway and the Kaladan multimodal project that are underway will also help in the development of the landlocked north-east India.

Also, air connectivity is being developed with tier-2 cities and places that are important to Buddhism. Currently, 30 dialogue mechanisms exist between India and ASEAN.

Trade went from $2 billion in 1992 to $12 billion in 2002 to more than $70 billion in recent times. Trade and investment have grown steadily between India and ASEAN countries. 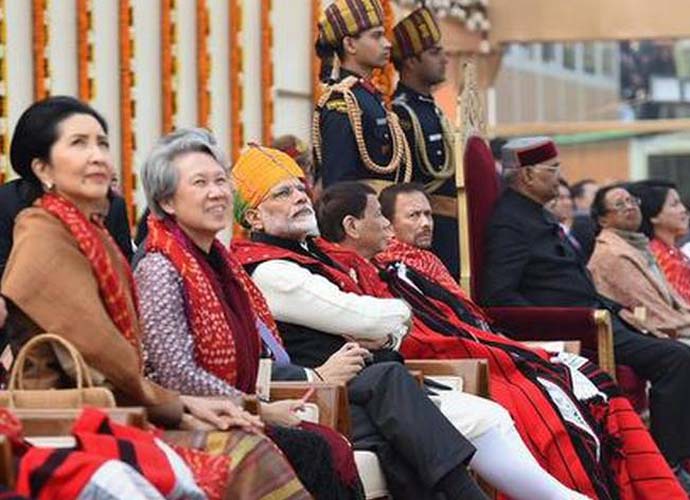 The ASEAN-India Free Trade Area has been completed with the ASEAN-India Agreements on Trade in Service and Investments coming into effect on July 1, 2015. ASEAN and India have also been working on enhancing private sector engagement. ASEAN India-Business Council (AIBC) was set up in March 2003 in Kuala Lumpur as a forum to bring key private sector players from India and the ASEAN countries on a single platform for business networking and sharing of ideas. But when we compare our trade with China we lag far behind. Trade between China and ASEAN was about $450 billion last year.

Today, both ASEAN countries and India are facing the same kind of traditional and non-traditional threats making the politico-security cooperation an emerging pillar in the relationship. Terrorism and violence are common security threats to the societies seeking cooperation and coordination at multiple levels. In addition to this the underlying factors guiding the Indian engagement is Chinese assertiveness in the region. Chinese stance of occupying disputed and unoccupied islands in the region and also militarising the South China Sea is being seen as a major challenge for both ASEAN countries and India. India is concerned as around 40 per cent of its trade passes through the South China Sea.

Also, engagement with the ASEAN countries will help India in furthering its economic as well as political clout in its neighbourhood. Under PM Modi, "Look East" is changing into "Act East".

All these measures will help in further boosting the commerce with the region and achieving the target of $200 billion by 2022. This summit has proved to be an important step towards a developed and prosperous future for both sides. Stronger relations with India will help the ASEAN countries stand up to Chinese aggression while for India it will curb Chinese encirclement policy.

#Trade, #Terrorism, #Chinese aggression, #ASEAN Summit
The views and opinions expressed in this article are those of the authors and do not necessarily reflect the official policy or position of DailyO.in or the India Today Group. The writers are solely responsible for any claims arising out of the contents of this article.

The author is an independent researcher and columnist.