A recent McKinsey report forecasts that India’s growth will be driven by eight states.

During the recent Assembly elections, the BJP won convincingly in Uttar Pradesh, winning 326 of 403 seats and Uttarakhand (58 of 70 seats). The BJP also managed to form a government in Goa and Manipur, with support from independents and local parties.

The only state where the Congress was able to form the government was Punjab. The BJP-led National Democratic Alliance (NDA) is in power in 16 states. The population under NDA-ruled states is 61.1 per cent and these states account for 55 per cent of India’s GDP. The Congress along with its allies, which rules over six states, covers a population of 8.9 per cent and GDP of around 12 per cent.

Of these, Himachal is under the Congress, while Telangana and Tamil Nadu are run by regional parties. Andhra Pradesh is under a BJP ally, Telugu Desam Party, while in all other states the BJP is in power.

Ease of doing business and FDI

In spite of the increasing influence of the BJP, the PM realises the importance of working closely with states, both in the context of support for important economic policies but also for improving India’s overall position in the global Ease of Doing Business index.

Modi aims to bring India to number 50 while it is currently placed at 130. A number of important states in eastern India which could play an important role in contributing towards improved rankings are governed by non-BJP governments: they include Odisha (Biju Janata Dal), West Bengal and Bihar (JD-U).

The PM realises the importance of growth in eastern India, and has often stated that if the India growth story is to truly pick up, it is essential for eastern Indian states to progress.

The Department for Industrial Policy and Promotion and the World Bank have also come up with a state-wise ranking system, and judge the ease of doing business based on a specific set of reforms (there were 340 such reforms for the year 2016).

Interestingly, two non-BJP ruled eastern states, Odisha (11) and Bihar (16), did not find a slot in the top 10 states, but in terms of implementing reforms both these states had achieved over 75 per cent success (Odisha 92.73 per cent and Bihar 75.82 per cent). Jharkhand another eastern Indian state run by the BJP were number 7 in these rankings.

It is not just the economic context, but also foreign policy where the PM needs to work closely with states. In the India-Bangladesh relationship for instance, West Bengal will play an important role and without the support of the state, the Teesta river agreement cannot go ahead.

In 2011, it was West Bengal CM and Trinamool Congress chief Mamata Banerjee who scuttled the agreement. Banerjee was an ally of the Congress-led UPA alliance and threatened to walk out of the alliance if India went ahead with the agreement.

Then PM Manmohan Singh faced considerable embarrassment, and the treaty had to be scuttled. It remains to be seen whether during (Bangladesh PM) Sheikh Hasina’s India visit in April 2017, progress can be made in this direction.

Another border state, Punjab, which has a Congress government, is important from a security point of view because it shares a border with Pakistan, and two terror attacks took place in 2015 and 2016 in the state. 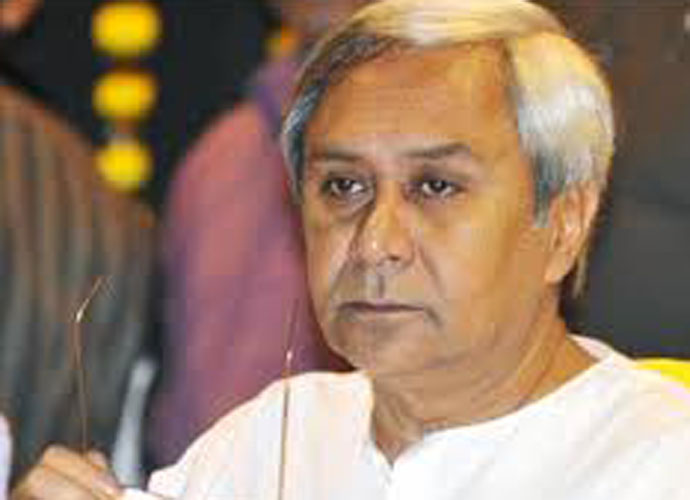 The Centre's ties have been sour with Naveen Patnaik, CM of Odisha. Photo: India Today

The central and state governments will have to work closely to ward off terror threats. Similarly, if there is some sort of thaw between India and Pakistan, Punjab could be a key player. Recently, the elected CM of the state, Captain Amarinder Singh, sought the central government's support to bring the economic situation of the state back on the rails.

Modi’s relations with states run by other parties

The PM has had a cordial relationship with Bihar CM Nitish Kumar who supported his demonetisation move. Nitish and Modi had strained ties earlier. In fact, the former had walked out of the BJP-led alliance because Modi had been declared PM candidate in 2014.

Even during the Bihar election campaign in 2015, both Nitish and Modi did not pull any punches. After the election, however, ties have improved. First, Nitish supported the move to demonetise currency, then PM Modi praised Nitish’s prohibition policy.

Of late, ties have been sour with Naveen Patnaik, CM of Odisha, and it remains to be seen how, over the next two years, relations pan out. One of the main reasons, many observers argue, behind this is the increasing presence of the BJP in Odisha. In the recent local elections, it emerged as the main opposition in the state.

Modi’s ties with West Bengal CM Mamata too have not been particularly cordial. While they began on a good note, with finance minister Arun Jaitley attending West Bengal Investor’s Summit in 2015, over the last year ties between New Delhi and the state have been strained. The finance minister did not attend the Bengal Global Business Summit in January 2017.

It remains to be seen whether Modi is able to establish a reasonable relationship with the newly elected Congress government in Punjab. Amarinder Singh has already met the Prime Minister and finance minister. During the meeting, Modi assured the Punjab CM full support from the Centre.

Apart from batting for harmonious Centre-state relationship, Modi has also repeatedly argued in favour of healthy competition between states. This competition is referred to as "competitive federalism".

It would be fair to mention that even in the 1990s, South Indian states such as Karnataka and Andhra competed with each other for attracting investment in IT. This competitive spirit has increased, and state governments which gave little priority to seeking FDI have been holding not just investors' summits, but also events in conjunction with the Centre for giving a fillip to schemes like Make in India. This competition between states is not restricted just towards drawing investment. In the aftermath of demonetisation, the two South Indian states of Andhra and Telangana have been encouraging digitilisation, and seeking to compete with each other towards the same.

If one were to look beyond the Centre-state relationship and a spirit of competition, it is also essential for states to learn from each other’s best practices. In an article, "A More Equal Union" written for Caravan (March 1, 2013) Milan Vaishnav had made this argument.

He also made an interesting point:

Mid-day meals in Tamil Nadu, rural employment guarantee in Maharashtra, the Right-To-Information Act in Delhi and elsewhere were all successful state experiments which later received nationwide acceptance. Yet in many of these instances, it was the Centre that picked up an idea and legislated it from the top-down. Organic, bottom-up diffusion seems less common. Quite often, successful policy experiments at the state-level don’t spread laterally (from state to state) at all.

States do borrow ideas only recently, for instance in Karnataka the government announced Namma canteens during the state's 2017-2018 Budget. As many as 198 such government canteens will be set up in the capital Bangalore and serve breakfast for Rs 5 and lunch for Rs 10.

This idea was clearly borrowed from the neighbouring Tamil Nadu, where Amma canteens were set up in 2011 by the government headed by the late J Jayalalithaa. Initially these outlets were set up in Chennai, but later they were expanded to other parts of Tamil Nadu.

The decision by Karnataka to replicate the Amma canteens has been dismissed as a political gimmick with an eye on next year’s state election.

Recently, Kerala CM Pinarayi Vijayan visited Hyderabad (capital of Telangana) to learn about initiatives taken in the areas of digitalisation and ease of doing business by the state. Vijayan met with his counterpart, K Chandrashekhar Rao, and learnt about the key policy measures adopted by the state in the above areas. Telangana held the number 1 position along with Andhra in the state-wise ease of doing business rankings 2016.

Modi who has been a CM himself should seek to ensure that New Delhi and state governments have cordial ties. This should not just be a slogan. Similarly, Modi should facilitate a platform where states can learn from each other’s successes. The Inter State Council could be one such useful platform.

While there will be a number of elections in the next two years of Modi’s tenure, it is important that not only does he work closely with states, but also encourages states to learn from each other’s best practices. In addition, states should not shy away from learning from each other, and politics should not obstruct the same.

Also read: States lacking any real power is not good for India

#Federalism, #Assembly elections Results 2017
The views and opinions expressed in this article are those of the authors and do not necessarily reflect the official policy or position of DailyO.in or the India Today Group. The writers are solely responsible for any claims arising out of the contents of this article.