Assembly polls verdict: Even in victory, these are the lessons Congress needs to learn from the BJP

Meanwhile, the BJP, with its fascination for history, should read up on the life of Alexander the Great.

In Indian politics, the moment a political party loses one election, people start writing it off. Similarly, one victory, and it is as though the party will win all elections in the future. To be sure, every election has lessons and messages. But no one contest can predict the course of future elections.

The results of the recent Assembly polls in five states are being read as the ‘arrival’ of Rahul Gandhi, and as the send-off of the Modi government in 2019. 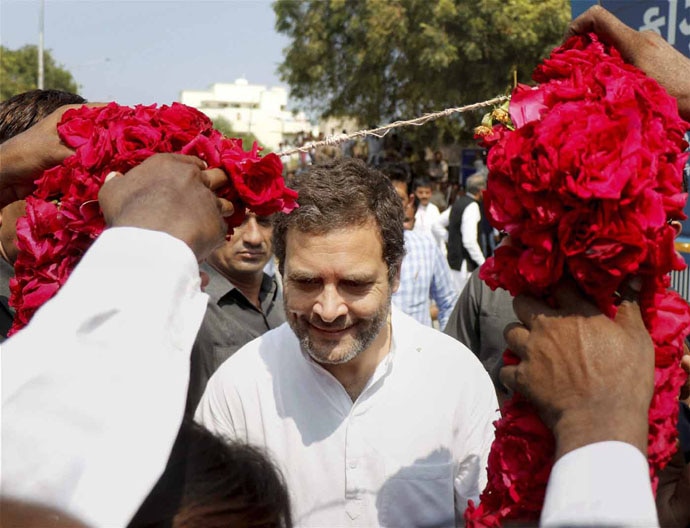 But my takeaways, based purely on the results, reiterate what has been proved many times in the past — each election is different, and needs to be treated differently.

The Assembly polls verdict is definitely a big boost for the Congress, as finally, after four long years, it has managed to taste victory in important states — especially in those being ruled by the BJP.

In the run-up to the polls, the Congress had been claiming that rural India was in distress under the Modi regime, and voters would teach the BJP ‘a lesson’.

What the Congress fails to talk about, however, is that it took the party 15 long years to rebuild itself in Madhya Pradesh and Chhattisgarh — despite claims by its leaders that it was the UPA government that worked for the rural India for 10 years.

In fact, despite farmer suicides, the Mandsaur firing incident and demonetisation, the BJP put up a good fight, especially in Madhya Pradesh, where two stalwarts, Kamlanath and Jyotiraditya Scindia, were taking on Shivraj Singh Chouhan.

This shows that BJP is better in using anti-incumbency — when BJP wins a state after Congress rule, its usually a landslide victory.

On the other hand, it is still not in the Congress’ DNA to work as a formidable Opposition when out of power, which can ensure convincing victories when elections come.

Congress has many bastions to breach

The crushing defeat of the Congress in Telangana clearly shows that it is still not an option for voters in many parts of India, especially wherever a third alternative is available. In Telangana, the Congress proved to be no match to KCR's popularity. (Photo: PTI/file)

The BJP, on the other hand, is making rapid inroads in states where it traditionally hasn’t had much of a presence. In states like Odisha, for example, the BJP has already taken the role of the main Opposition, and the Congress has done little to revive it itself.

Fortunately for the Congress, Rajasthan, Madhya Pradesh and Chhattisgarh had a direct fight between it and the BJP. In Telangana, it was unable to take on a regional party, which, to an extent, the BJP manages well. In Maharashtra, it has managed to surpass the Shiv Sena in popularity, in Bihar, it is relevant, and in Uttar Pradesh, it actually won power, despite the strong presence of BSP and SP. In Bengal, it is on the path of growth. The Congress, meanwhile, has barely managed a presence in states where it was once formidable. This is hardly an encouraging sign for 2019.

Nehru-Patel a thing of the past?

According to the results, the BJP has got a drubbing in rural areas — one of the reasons for its poor show in Chhattisgarh. 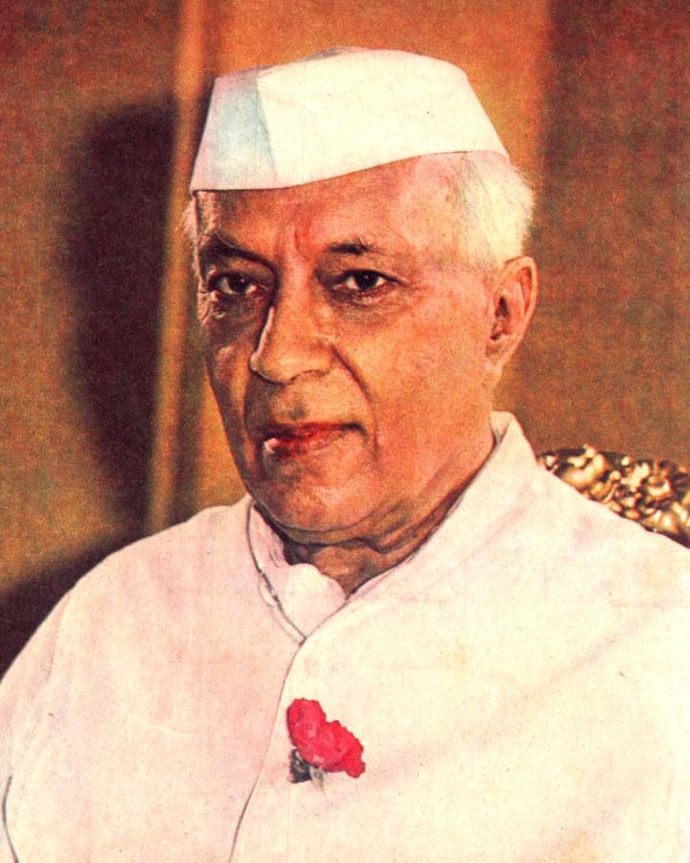 This clearly shows that it doesn’t matter to rural voters whether Pandit Nehru wore a rose in his ‘achkan’ or not, whether he mistreated Sardar Patel or not. What matters to the rural youth is whether the government will listen to their needs, whether it will be able to improve their income, and whether they will get a good price for their farm produce.

It may be a matter of pride for the educated urban working class that PM Modi got a standing ovation in the US Congress, or that he was greeted by gushing NRI crowds on his visits abroad. For rural India, jan dhan accounts and toilets are clearly not enough. Soft Hindutva is it the way forward for Congress?

Rahul Gandhi’s temple run started from Gujarat, but then it continued religiously, especially in Madhya Pradesh, which in 1990s used to be called a ‘Hindutva lab’ and where the BJP has been strong since the time of the Jana Sangh.

Many say the temple run started to change the people’s perception of Congress as a ‘party of Muslims’— something AK Antony in his report had pointed out as one of the reasons for the 2014 Lok Sabha rout.

The truth is that the Congress is to be blamed for not promoting secular Muslim leaders in the party. Also, playing with soft Hindutva may cost the party badly —history is proof.  Nehru had fought the likes of Purushottam Das Tandon within the Congress to strongly support its secular ethos, at the risk of becoming unpopular with the party leadership. But when Rajiv Gandhi decided to allow ‘shilanyas’ at Ayodhya, the Congress paid heavily for it. The BJP has no qualm abut openly playing religious politics, as that is the main identity of the party. But that is not the core of the Congress, and deviating from it will harm the party.

Where are BJP’s ‘panna pramukhs’?

A lot was spoken about ‘panna pramukhs’ (party workers to take charge of each page of the voters lists) during the Gujarat elections, when the BJP was saying it would win at least 150 seats. But in the three recent elections, the panna pramukhs seemed to be missing.

Last year, when Amit Shah had addressed BJP workers in Mumbai, he had insisted on the importance of the ‘manjha’ (string) in kite flying. He had said the party’s kite would soar high only if the ‘manjha’ (party workers) was strong. On paper, the party organisation looked very strong, with the appointments of panna pramukhs and booth pramukhs. But on the ground, BJP workers were seemingly not keen on campaigning for the party, because of the very little say they have in decision-making later.

In the end, there is a lesson to be taken from history— something the BJP is quite fond of dipping into. 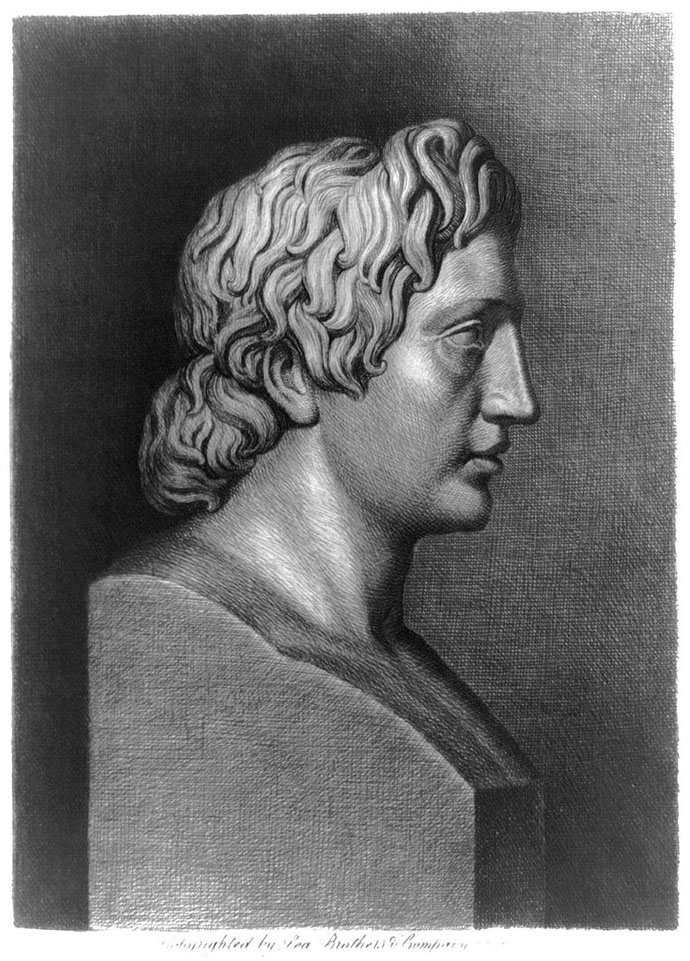 The BJP likes stories from history. It should read one from Alexander's life. (Photo: Wikimedia Commons)

There is quite a well-known story about Alexander the Great. When the great conqueror came to India, he met a monk at the borders of then-Bharatvarsh. He asked the monk if he would be able fulfill his ambition. In reply, the monk spread out a deerskin rug for the king. Alexander tried to sit on it, but found that the corners of the rug were rolling up. He would smoothen out one corner with his hand, only to have the other corners curling in. Finally, after he had struggled for some time, the monk smiled and told him: “This is what will happen to you when you will try to conquer India. Every time you will try to win over one state, the others will revolt against you.”

People who speak of a ‘Congress-mukt’ Bharat would do well to keep this fable in mind. Otherwise, elections will keep serving reminders such as the recent one.

#Rahul Gandhi, #BJP, #Congress, #Assembly election results
The views and opinions expressed in this article are those of the authors and do not necessarily reflect the official policy or position of DailyO.in or the India Today Group. The writers are solely responsible for any claims arising out of the contents of this article.