How Ayushman Bharat has the potential of transforming healthcare in India

The scheme will help the poorest 40% — for whom health is often the biggest concern and the biggest expense.

In his Interim Budget 2019-20 speech, acting Finance Minister Piyush Goyal articulated the Government’s vision for 2030 — a key pillar of which is to work towards “distress free health care and a functional and comprehensive wellness system for all”.

Over the past few years, the health sector has found a prominent place in India’s political agenda, leading to the implementation of a series of well-thought-out and carefully sequenced reforms. A key step has been the roll-out of Ayushman Bharat — perhaps the most ambitious initiative in India’s health sector till date.

Investing in preventive and primary health

Health promotion and disease prevention constitute the fundamentals of an effective health system. The most important pillar of Ayushman Bharat, therefore, is to build a system that provides comprehensive primary health services to people, on the foundation of 1,50,000 health and wellness centres (HWCs).

The scheme focuses on strengthening primary healthcare, so that maximum health issues can be addressed at this level. (Photo: Twitter/AyushmanNHA)

Through these centres, the government aims to expand the basket of services to include screening for non-communicable diseases, like diabetes and common cancers, in addition to reproductive, maternal and child health interventions. Drugs and diagnostics will also be provided free of cost at these centres.

Another important feature of the HWCs is the digitisation of health records at the community level and linking them with district hospitals.

Well-functioning HWCs can eventually play the role of effective gate-keepers, thereby ensuring that only patients requiring advanced investigation or treatment proceed to the secondary and tertiary levels of the health system.

While the government is primarily responsible for these centres, there is an important role for the private sector to play through corporate social responsibility (CSR) initiatives.

As recommended in the document Strategy for New India @ 75 released by the NITI Aayog, the teams running the HWCs will need to work in close coordination with Panchayati Raj institutions, village-level health sanitation and nutrition societies and civil society, to catalyse the participation of all stakeholders. These include those outside the health sector as well as citizens for building a swasth (healthy) India.

Irrespective of how effective our primary health system is, people will continue to need secondary and tertiary care. In the absence of a scheme like the Pradhan Mantri Jan Arogya Yojana (PM-JAY), the second pillar of the Ayushman Bharat programme, poor patients would often be left with no choice but to delay or avoid seeking treatment altogether.

An estimated 600 lakh people in India fall below the poverty line due to catastrophic health expenditures.

Studies have shown that Askeskin, Indonesia’s largest health insurance scheme which covered around 76.4 million people in 2007, had a protective effect on out-of-pocket spending.

In India, an evaluation of the Vajpayee Arogyashree Scheme demonstrated that out-of-pocket expenditure for hospitalisation due to conditions covered under the scheme reduced by 60% among the insured population — providing financial protection to the poor is therefore a critical responsibility of a welfare state.

In that sense, there is no trade-off between investing in preventive and primary health on the one hand, and supporting curative care on the other. The PM-JAY, once implemented fully, can certainly make a significant dent in the catastrophic health expenses incurred by the poorest 40% of the population.

The scheme has received a major increase in allocation from Rs 2,000 crore to Rs 6,400 crore as part of the Interim Budget, about four months after its launch. 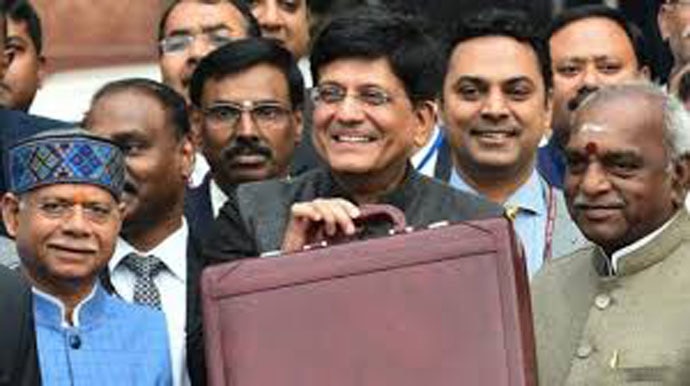 The scheme has received an increase in allocation, from Rs 2,000 crore to Rs 6,400 crore, as part of the Interim Budget. (Photo: PTI)

This is encouraging, because it was hitherto difficult for the poorest 40% of the country’s population to afford health services at private facilities — even though the latter account for more than 80% of hospital beds. With considerably higher paying power on account of the PM-JAY and government incentives, the supply of quality services by private facilities in tier 2 and tier 3 cities should ramp up.

Of course, PM-JAY also focuses on increasing the utilisation levels and quality of public hospitals.

Since independence, we have established health facilities in the public sector on the assumption that the poor will benefit automatically — however, the share of public hospitals in healthcare delivery has not shown a marked improvement.

PM-JAY makes financing conditional on results — i.e., the use of services by the poorest 40% of the population.

Going forward, it will be important to provide greater autonomy to public hospitals for using the claims money generated under PM-JAY to upgrade their facilities, offer performance-linked incentives to personnel and procure the requisite diagnostics and other equipment.

Another crucial step will be to institutionalise health technology assessment at the central and state levels, as well as develop costing frameworks for determining which services to include under PM-JAY and at what rates. 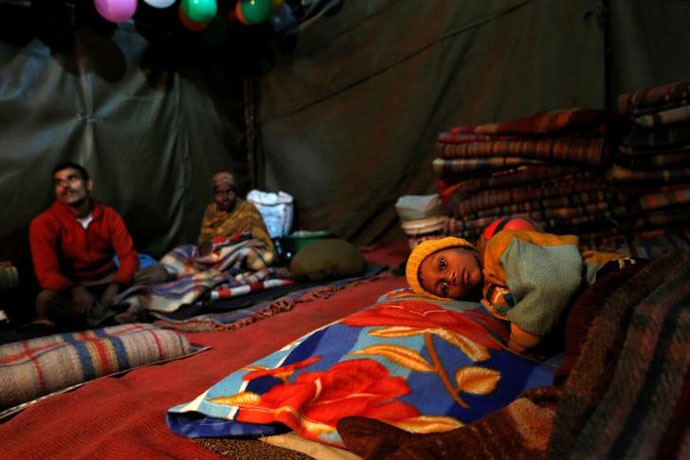 The scheme seeks to help the most vulnerable. (Photo: Reuters/Picture for representation)

Currently, package rates under the PM-JAY have been fixed conservatively to improve the scheme’s sustainability and reflect likely economies of scale. However, the costing package will need to be adjusted continuously as new evidence becomes available.

Commendable outreach efforts have been made thus far to make as many eligible beneficiaries as possible aware about their entitlements under the scheme. Over 1.1 crore e-cards have been issued — these efforts need to be sustained and stepped up by developing a comprehensive media and outreach strategy as suggested in NITI’s Strategy for New India @ 75.

Robust monitoring, evaluation and research systems also need to be put in place for guiding the strategic purchase of health services, undertaking independent audits of the scheme as well as assessing the population-level impact in terms of financial protection conferred and health outcomes achieved.

Our country has a long way to go in expanding access to quality health services for all and curbing out-of-pocket spending.

The path undoubtedly is riddled with challenges.

However, with the health of over a billion citizens at stake, it is imperative that we stay the course — and give Ayushman Bharat a chance.

Also read: In times of the Citizenship Amendment Bill, what we can learn from the 'zikirs', Assam's songs of unity

#Healthcare, #BJP, #Pmjay, #Ayushman bharat
The views and opinions expressed in this article are those of the authors and do not necessarily reflect the official policy or position of DailyO.in or the India Today Group. The writers are solely responsible for any claims arising out of the contents of this article.

The writer is a development sector professional and public health specialist at NITI Aayog.