Double Standards Entirely: Why a career in politics is so much harder for a woman than a man

In 2019, when the General Election results were declared, an important record was created. Though the increase was marginal and way below the adequate representation of 33% that has been a long-standing demand, yet it was cause for celebration.

Small victories can bring big joys and this was one such occasion. Along with this change in representation and composition in the Lok Sabha, there also came the hope of women being heard from the precincts of the House rather than being relegated to commenting from outside.

Yet, as they say, the more things change, the more they stay the same — it is hard to beat the all-invasive patriarchal mindset, right from the ‘nontroversy’ of Mimi Chakraborty and Nusrat Jahan’s attire to Rampur MP Azam Khan’s absolutely disgraceful and sexist comments in Parliament for fellow MP Rama Devi who happened to be chairing the proceedings of the House at that time. They're the MPs, trolls. Not you! Nusrat Jahan and Mimi Chakraborty, first time-MPs, found their attire created an uproar. (Photo: IANS)

Though the remarks have been expunged, it was sad to see how he attempted to brazen it out and rather than apologising, he chose to walk out of the House. It was all the more disconcerting to watch how former UP CM, and one who is celebrated as a 'youth leader', Akhilesh Yadav, come out in support of his party MP rather than reprimand him.

Just because Parliamentary privileges help him get away with his crude comments, he must not forget, if such comments were made outside Parliament, it would come under the category of sexual harassment as per ‘Sexual Harassment of Women at Workplace Act, 2013’.

Let us not forget that the MP is reportedly a repeat offender and also represents a district of Uttar Pradesh — a state that has recorded the highest cases of crimes against women and in number of rape cases as per NCRB data. What is the example the elected representatives are sending out to their state with this kind of belligerence and disrespect of a woman? That it is absolutely okay to speak in a sexist, misogynistic way to a woman — so that she can be ‘put in her place’?

Should the Parliamentarian be allowed to escape from accountability with merely an unconditional apology — or should further action be taken? This would be decided by the Speaker of the House but it is high time a precedent is set and deterrents are put in place. 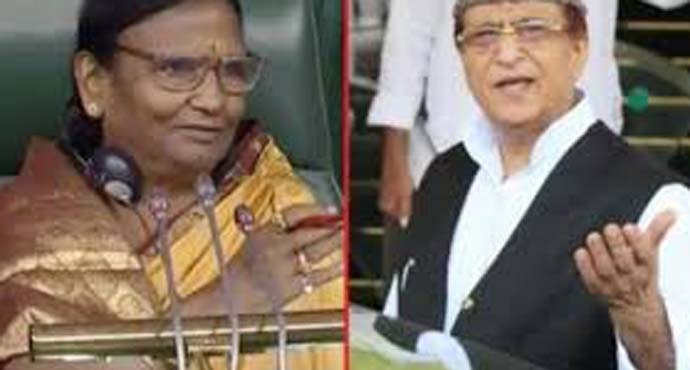 This yet again brings back into focus the challenges that women continue to face in the political space.

Some would argue this is as true of politics as it is in other work spaces for women and studies do suggest that women in corporate workspaces also get a raw deal. However, the comparison is like apples to oranges simply because corporate houses through their HR policies continuously attempt to bridge the gender imbalances — this mechanism is missing in political spaces.

So, despite women being nearly 50% of India’s population, they have barely been able to move beyond the fringes of mainstream politics. Once we understand where women stand in terms of representation in a heavily male-dominated arena, we would be better placed to understand the struggle a woman goes through on many fronts to be able to make a career in politics, in her personal life as well as her career choice.

Her struggle is for real and at all times, she has to work doubly hard to be able to compete with her male peers in order to grow. She is judged on various parameters, not just internally in her political organisation but also by political opponents outside of her own party. It is a constant battle, with no set work hours, no fixed work days, above it all, there is the uncertainty of the career itself!

A woman choosing to fight this head on and move forward in her political role is always seen as someone who got things too soon with an implied connection to some god father or some compromise.

It is indeed very strange to see reactions on the basis of gender when one climbs up the success ladder — if it is a man, it is because of his commitment, but for a woman, it is compromise.

This is the societal mindset that needs to change. For most politicians, politics is a career, whether they are male or female — yet, it is a woman who is judged more harshly than her male counterpart if she seeks rewards or expresses her aspiration to get more. That is why we do not see a huge jump of women's participation in political space and at many times, women drop out from the cut-throat race to less risky career choices. 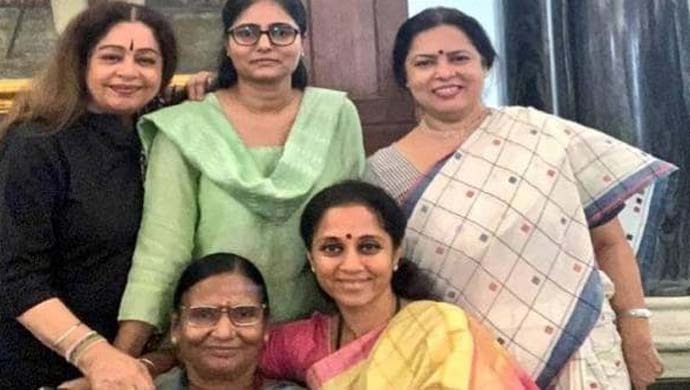 They're 50% of India: Women must get fair chances, a respectful atmosphere and equal access in India's politics. (Photo: Aaj Tak)

Until and unless political parties do not make space for women and create safe working spaces with strong internal assessment committees to redress and resolve issues, we will continue to see lower participation of women.

The intent has to be genuine and the attempt honest.

Despite all these challenges, what has been the most heartening outcome of this incident, a silver lining for many women who are strong advocates for speaking in one voice against sexism, was that women Parliamentarians cutting across political party lines demanded strict action so as to uphold the sanctity of the House.

Only when we put some issues above our political differences, raise our voice collectively and together, would we see real change in the outcome.

These are certainly baby steps towards a giant leap in the times to come.

Post your comment
#General elections, #Azam Khan, #Lok Sabha, #Women in politics
The views and opinions expressed in this article are those of the authors and do not necessarily reflect the official policy or position of DailyO.in or the India Today Group. The writers are solely responsible for any claims arising out of the contents of this article.

The writer is deputy leader of Shiva Sena.