Modi must be hailed for raising issue of Balochistan

Salman Khurshid's comments reek of political inconsistency and criticism for the sake of critique.

At a time when India is making its most aggressive diplomatic shift vis-a-vis Pakistan, Salman Khurshid, India's former external affairs minister, has thrown a damp squib by criticising the Prime Minister for meddling into the "domestic" affairs of another country.

He went on to say that this is a slippery slope and India could soon find itself on the wrong side of the diplomatic table.

Khurshid's comments at this crucial juncture reek of political inconsistency and criticism for the sake of critique.

First and foremost, Khurshid seems to have missed the context in which PM Narendra Modi raised the issue of Balochistan.

The Pakistan Army has been complicit in using incendiary bombs and chemical weapons in Balochistan to quell voices of protest.

It has made massive use of aerial and artillery bombing, resulting in huge civilian casualties. 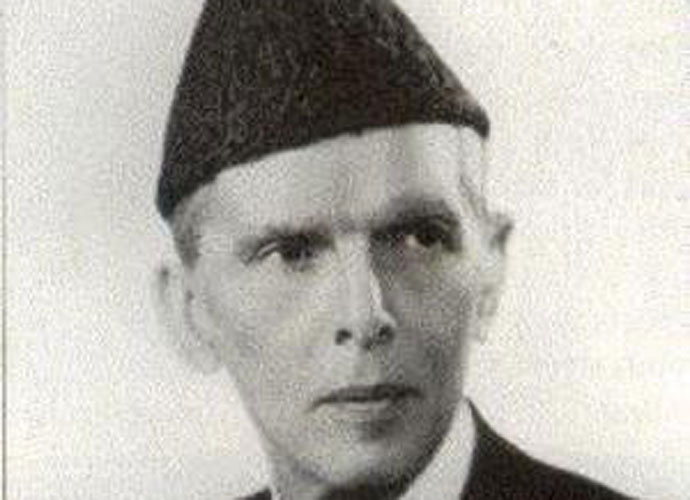 Three months before the formation of Pakistan, Muhammad Ali Jinnah negotiated the freedom of Balochistan from the British.

Pakistan stands in open violation of all international treaties on this subject. On top of this, it is openly eulogising a terrorist recently slain in India.

In this context, India, being the largest democracy, is duty-bound to stand with the Balochi people in their hour of need.

Before we look at more problems in Khurshid's remarks, it is opportune that we take a quick primer on Baloch's history of annexation to Pakistan.

The erstwhile princely state of Kalat, constituted by the regions of Makran, Kharan, Las Bela and Kalat, is co-terminus with present day Balochistan.

Three months before the formation of Pakistan, Muhammad Ali Jinnah negotiated the freedom of Balochistan from the British.

Kalat's relationship with Pakistan was discussed as Balochistan was formed.

This resulted in a communique on August 11, 1947, which stated that:

a) The government of Pakistan recognises Kalat as an independent sovereign state in treaty relations with the British government, with a status different from that of Indian states. b) Legal opinion will be sought as to whether or not agreements of leases will be inherited by the Pakistan government. c) Meanwhile, a standstill agreement has been made between Pakistan and Kalat.

The incipient government of Pakistan, on August 14, 1947, recognised Kalat as a sovereign state.

In fact, India also recognised Kalat as an independent sovereign state on August 12, 1947.

At the time of its independence, Kalat had a fully functional parliament.

The parliament unanimously rejected Pakistan's proposal for annexation on the grounds that both share Islamic religion.

However, the parliament of Kalat emphasised that Afghanistan and Iran are also Islamic countries and Kalat should be free to consider annexation to any of the countries if Islam is the only connecting link.

It went on to say that Kalat has a distinct identity and culture and, with its rich mineral resources, it is Pakistan that would find it hard to survive without Kalat and not the other way around.

According to a report by a UK-based think-tank, Foreign Policy Center, in 1947, the Khan of Kalat reportedly acceded to the dominion of India.

But his accession papers were returned by Jawaharlal Nehru, then Prime Minister of India.

Even Azad was not convinced about the viability of Balochistan as a sovereign state.

Eventually Pakistan succeeded in annexing Kalat by use of force because India at that historical moment failed the Balochis by not intervening in their vehement disagreement and protest to join Pakistan.

As a new nation struggling with its own set of problems, India decided to look inwards despite the fact that Pakistan, at regular intervals, poked its nose in the vexed issue of Kashmir.

The State of Kalat and regions of PoK - Mirpur, Muzaffarabad, Gilgit and Baltistan - all of these have had delayed, complicated and chequered annexation into the fold of the hastily stitched-up two-nation theory.

It is in this context that India's interventions cannot be called purely as interference in internal matters.

We have faced a common colonial subjugation and are children of the same instrument.

Also read: Modi has done India a favour by starting debate on PoK

If there is any other country, other than Pakistan, which must have a definite locus standi to intervene for the Balochis, it has to be India.

India needs to be consistent in its new found resolve to firmly take up the Balochi cause and continue the fight until the objective is achieved.

We have had a history of flip-flops, systemic nervousness, confusion and timidity with respect to the Baloch policy.

The Indian dispensation under the Congress abandoned the Baloch cause mid-way in the 1970s to woo General Zia. It left the exploited brethren in the region agitated then.

As of 2016, Balochistan is facing the worst sort of human rights violation and genocide by the Pakistani Army.

The tension in the region will soon open floodgates for international intervention.

With all diplomatic prudence, sensitivity and commitment towards human rights issues, India's shift in the Balochistan policy is a welcome statesman's move.

Of course, it is a gamble to shake the diplomatic stalemate with Pakistan.

But it is also important for leaders back home to understand that foreign policy contours are undergoing a definite mindset change which is more assertive than conciliatory, more liberal than conservative.

With this assertion by the PM on the historic 70th Independence Day for both the nations and the Balochis, India has finally come out of its state of indecisiveness on Balochistan openly.

#Narendra Modi, #Balochistan
The views and opinions expressed in this article are those of the authors and do not necessarily reflect the official policy or position of DailyO.in or the India Today Group. The writers are solely responsible for any claims arising out of the contents of this article.

The writer is a public policy graduate from Harvard Kennedy School and a Fellow at India Foundation.