Modi has set a new precedent by talking about Balochistan

An independent Baloch state would create a pro-India, secular and progressive Muslim country in the region.

In shifting the focus to not just Pakistan-Occupied Kashmir (POK), the long neglected part of India under Pakistan's illegal occupation, but also to Balochistan, an independent state that Pakistan forcibly occupied and colonised, the Modi government seems to be signalling its intention of taking the fight to the enemy.

The quibbling from PM Narendra Modi's incorrigible detractors aside, his repeated references to flagrant human rights violations in Balochistan and POK - he has after all only referred to universal principles which transcend state sovereignty, a line taken by not just the West but also, rather disingenuously, by the Pakistanis - at least on the face of it, appears to be a significant policy shift.

But will this policy be limited to only firing verbal missiles which are nothing more than pin-pricks aimed at scoring points over the Pakistanis by pointing to their abysmal and scandalous treatment of the Baloch and people of POK?

Or, will this new policy involve giving "diplomatic, moral and political support" - to use the Pakistani formulation on Kashmir - to the Baloch freedom fighters and Kashmiris struggling to shake off Pakistan's yoke?

If it is the latter then its chances of success are extremely limited; if it is the former then it will mean that all elements of national power will be brought to bear for this policy's success.

There is also the question of whether this policy is based on the merits of Balochistan's case for independence or it is merely a leverage to be used against Pakistan for a quid pro quo on Kashmir?

Also read - Modi must be hailed for raising issue of Balochistan

While it is true that there is no comparison between Balochistan and Kashmir - the former is a forcibly occupied state struggling for freedom while the latter is an integral part of India under Pakistan's illegal occupation - a quid pro quo would do great injustice to the cause and struggle of the Baloch, smear India's reputation as an unreliable friend and in the long run keep the India-Pakistan stalemate alive.

India should support the Baloch freedom struggle neither because it wants to sock it back to Pakistan, nor for a trade-off on Kashmir - both will have a very short shelf-life - but because an independent Balochistan would be a strategic masterstroke and would create a pro-India, secular and progressive Muslim country in the region.

Assuming that India will from now give "diplomatic, moral and political support" to the Baloch, there will be the interlinked question of how this will be done and what will be the implications of this strategy on India's foreign policy. 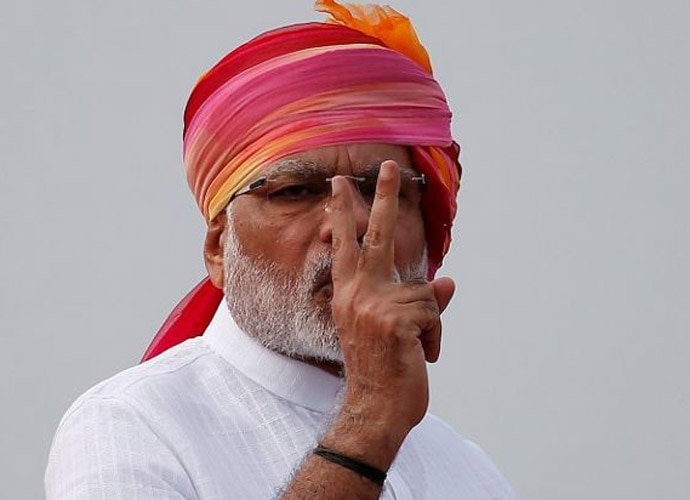 India should support the Baloch freedom struggle neither because it wants to sock it back to Pakistan, nor for a trade-off on Kashmir. (Reuters)

Balochistan is not Bangladesh which was surrounded on three sides by India and was separated by over 1,000 miles of Indian territory.

For purely logistical reasons, supporting the Baloch is easier said than done.

Iran is hostile to any expression of Baloch nationalism. Afghanistan too is not going to be very keen to provide a base for Baloch freedom fighters.

There are also problems in both Balochistan and POK in terms of the absence of a unified nationalist political movement that can spearhead the struggle against Pakistan.

In fact, Pakistan has ruthlessly and brutally crushed every single expression of independence in both the occupied territories.

Inside Balochistan, the political fragmentation and the proclivity of so-called nationalist politicians to sell their souls for the worthless Pakistani rupee coupled with the Quisling-like role of tribal sardars who are ever ready to play collaborators has damaged the freedom movement.

There is, therefore, the question of whether India might have already missed the boat. Perhaps not, but that remains to be seen.

While India can always agitate the issue of both Balochistan and POK on the international stage, there are two things it will have to factor in.

The first is that Pakistan is likely to shift gears in its genocide of the Baloch and its repression of the people of POK.

In the event, what India can do to provide succour to the victims of Pakistani actions isn't entirely clear, nor is it known how much traction the issue of Balochistan and POK will gain in the international community.

The second issue is how Pakistan will spin the narrative to push its case that India is behind the problems in Balochistan.

That Balochistan is in the throes of its fifth insurgency, which started way back in 2002, is something that will be swept under the carpet.

Also read - By talking about Balochistan, Modi has put Kashmir in a spot

We can be sure that Pakistan will tom-tom Modi's speech to justify not just its brutal crackdown in Balochistan but also its policy in Afghanistan where it is sponsoring the Islamist Taliban to counter the Indian influence.

Unless this Pakistani narrative is debunked, there is a chance that the Americans who have run out of ideas in Afghanistan and who are chary of doing what needs to be done to Pakistani sponsorship, supervision and support to the Taliban and other terrorist groups operating in Afghanistan, might start leaning on India to back off.

Chances are also that Pakistan will do some nuclear sabre-rattling to force the Americans and their allies to intercede on their behalf.

By talking about Balochistan and PoK, Modi is on the verge of entering a brave new world of diplomacy and strategic flux, which entails big risks but also promises bigger rewards.

The question is whether India is ready to reap the rewards, and pay the price, of this new policy?

Post your comment
#PoK, #Pakistan, #Narendra Modi, #Balochistan
The views and opinions expressed in this article are those of the authors and do not necessarily reflect the official policy or position of DailyO.in or the India Today Group. The writers are solely responsible for any claims arising out of the contents of this article.