Sunglasses are off. What about your blinkers, Raman Singh?

From an understaffed police force, to unabated civilian deaths and overcrowded jails, the situation in the Bastar region is in shambles.

It took me a while last week to digest the message I had just received. When I did, I was left impressed.

After all, it speaks about the efficiency of an administration when it spots and decides to pull up its senior staffer (that too an Indian Administrative Service officer) for wearing inappropriate clothes and keeping his sunglasses on while receiving someone as up the order as the prime minister.

No sooner did I sit back, feeling good, something else hit me. It was my duty, I felt, to inform such an establishment of what I knew, since my editors have been liberal in allowing me opportunities to report from the conflict zone that the Bastar region is.

So here is my effort to help them.

To begin with, in any insurgency-hit region, the police have to stabilise the situation for the civil administration to come in. Till that happens, vacancies will remain in sectors like education, water supply, medical services, revenue and the like. The impact this has on the public, which is as such, in dire need of basic services, is self-explanatory. This also implies that the only department which does not, and cannot, have vacancies is the police.

Speaking of Bastar, despite the bloody insurgency marauding the inhabitants for nearly two decades, even as on date, the local police department is understaffed. Of the 9,245 police posts sanctioned, 8,214 have been filled up, leaving Bastar understaffed by 1,031 police personnel across ranks. To fill up the void, it must be conceded, the efficient administration announced an initiative in 2013. It appealed to all the existing and retired Indian Army personnel to join its ranks. What better can a challenged police ask for than the trained and disciplined army personnel manning its ranks! But so poorly crafted was the scheme that till date, army headquarters data shows not more than two army personnel have taken up the offer.

Recently, when I was in Dantewada, I sat with a notepad and let jawans from the Central Reserve Police Force (CRPF) speak unhindered (CRPF is the biggest contributor to the anti-Maoist efforts in the region). Before going ahead, what is important to note is that these jawans are operating on the invitation of the state government which sought their presence to counter the Maoists, which in turn, makes the state responsible for providing them with basic amenities like drinking water and accommodation. 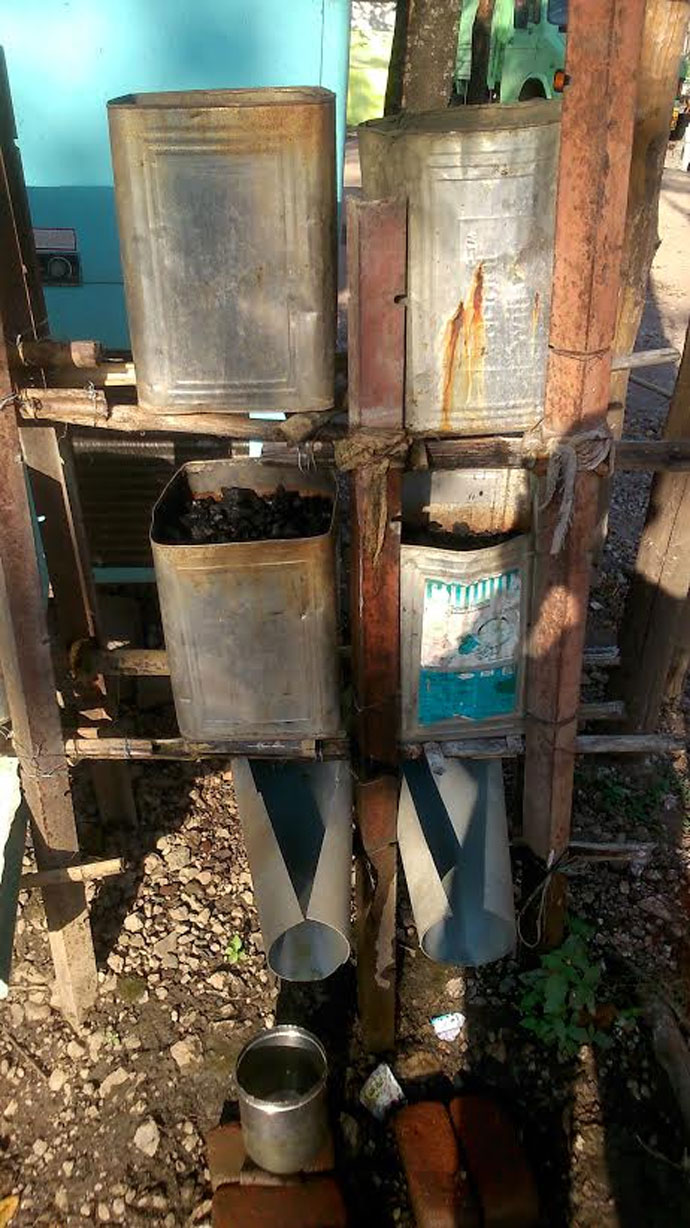 The photograph of the camp where I chatted with the jawans speaks volumes of how the administration has treated them. So I will refrain from expending words. It was brought to my notice by these men that many of them have to cheat death just so that they can go on leave. These men, the flag-bearers of the state’s existence in the conflict zone, say the moment they step out of their camps, their force disowns them. They are provided with no facilities to navigate out of the danger zone. Instead, they are to wait for a civil bus to pick them up and take them home – a process in which only recently two policemen have been identified, pulled out and shot dead by the insurgents.

The state of the inhabitants is worse than those posted there for duty.

What this administration deserves to know is that at an average of one per week, at least 21 civilians have been killed, caught in the crossfire between the security agencies and insurgents, since January 1 this year. Add to this the casualties of security personnel and Maoist fighters and the number goes beyond 51 in less than six months. Such is the intensity.

Does it call for a ceasefire? A solid initiative for talks to begin? Many say that if India can talk to Pakistan, China and insurgent groups in the North East, why not with the Maoists? Whether there is merit or not in initiating a dialogue, the fact remains that the administration is not uttering a word. It is as if, normalcy prevails.

Data from the National Crime Records Bureau (NCRB), compiled by the Bastar-based Jagdalpur Legal Aid Group has further substance which the administration deserves to look at. The already-crowded prisons of the state are overflowing and the percentage today is more than twice the national average. Bastar's prisons, most notorious among which is the one at Kanker, have clocked overcrowding of up to 623 per cent. There is data to prove that while in the country overall, an undertrial has to languish for 9.7 months, under the administration in Bastar, an undertrial has to wait for 21.8 months, which is almost two years! All this on one side, and complete acquittals to the extent of 96.2 per cent (as seen in the latest available data of 2013) on the other side, tell you that most of those made to suffer the wait are the local tribals and are seldom convicted.

While my effort is that of informing the administration in the hope that they will focus their attention on these issues, the fact is that today’s government in Chhattisgarh is in its third term. Does that leave chief minister Raman Singh any room to speak about not having enough time on hands?

So while the sunglasses are off, frankly, I am waiting for the administration's blinkers to go too.

#Chhattisgarh, #Raman Singh, #Narendra Modi, #Bastar
The views and opinions expressed in this article are those of the authors and do not necessarily reflect the official policy or position of DailyO.in or the India Today Group. The writers are solely responsible for any claims arising out of the contents of this article.