'Begging' to differ: Why China is making promises to Pakistan, but not ready to commit anything

Islamabad's all-weather ally Beijing has said more talks are needed before it extends any monetary help.

No one had ever thought of a day when Pakistan will be ignored by its “all-weather ally” China. But unfortunately what happened on Prime Minister Imran Khan’s four-day visit to the friendly nation — friendship with whom has always been termed as “higher than the highest mountain and deeper than the deepest ocean, and sweeter than the honey” — was both disheartening and shocking at the same time.

With only $7.8 billion in foreign reserves — just enough to pay for seven weeks' imports — and looming balance of payment crisis, Pakistan needed China’s helping hand. Sadly, the 'iron brother' said more talks are needed before it extends any monetary help. 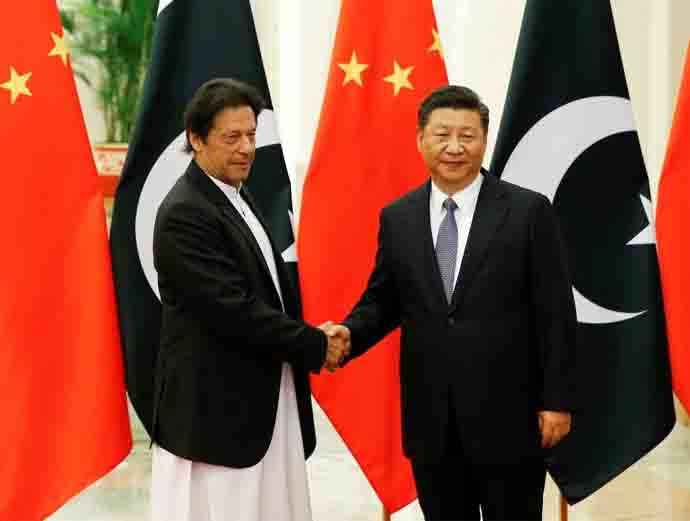 A friend in need, they say, is a friend indeed. So, what should Pakistan call China?

The flag-bearer of the populist regime, that is, “the creation of Naya Pakistan” — unfortunately, who himself is promoting nepotism and cronyism nowadays — Imran Khan, gave priority to his visit to China over staying in Pakistan, amid outcry and violent protests across the country after Supreme Court’s verdict that acquitted Asia Bibi — a Christian woman who was convicted in 2010 on little evidence of violating the country’s law against blasphemy by insulting Prophet Mohammad. 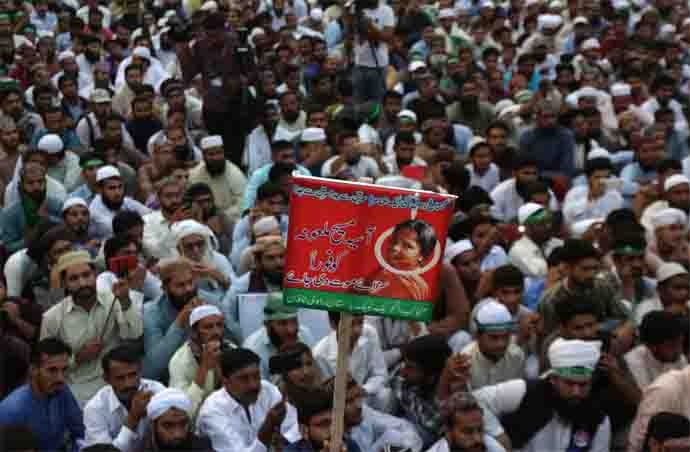 Members of the ruling party — Pakistan Tehreek-e-Insaaf — justified the Prime Minister’s visit to China, saying that the country’s ailing economy required urgent funding injection and therefore the premier turned a blind eye to the paralysed nation. With roads blocked, schools and business forced to remain close, vehicles of innocent citizens burned down, shops looted and damaged, ambulances held up in worst traffic jams, it was most heartrending to see a mother sitting on the roadside and feeding her baby as she got stuck in a jam-packed road.

According to the 2,970-word-long China-Pakistan joint statement, the Xi administration had enough time to discuss with Pakistan about their political and strategic relationship — the China-Pakistan Economic Corridor (CPEC), mutual trade and investment cooperation, marine, science and technology, space, environmental and agricultural cooperation, social sector cooperation, people-to-people and cultural linkages, defence, security and counter-terrorism cooperation and international and regional issues. Yet, according to China's Vice Foreign Minister Kong Xuanyou, “As for the specific (monetary aid) measures to be taken, the relevant authorities of the two sides (China and Pakistan) will have detailed discussions.”

Furthermore, the communiqué also had nothing mentioned about a possible bailout package. It seems deep inside the situation between the “iron brothers” is more intense than how Finance Minister of Pakistan Asad Umar (the so-called economic magician) tried to portray on Tuesday in front of the reporters. He said, as the Dawn  reported, that China is committed to providing short-term relief to Pakistan as well — the modalities of which, will be discussed in a new round of discussions. So, Mr Minister, four days weren’t enough?

No compromise on CPEC

Kong Xuanyou also told reporters that there would be no change in the number of projects under CPEC. If any, it would be only to increase, not decrease the number of projects. However, the scope of the project would increase and will tilt in favour of people’s livelihoods. This sounds more like a warning than a normal friendly statement.

Also don’t forget what Chinese Foreign Ministry spokesman Lu Kang said in October at his press briefing in Beijing. While he endorsed Pakistan’s request to the International Monetary Fund (IMF) for financial assistance, he also, shockingly, cautioned that the facility should not affect the economic cooperation between Islamabad and Beijing.

What I understand from these statements is that China is in no mood to make any sort of compromise in $62-billion China-Pakistan Economic Corridor. And whenever the Xi administration feels Islamabad is rethinking on the dollar-wasting CPEC projects — which indeed it should do — it will throw up what actually is in Bejing's heart. But I have no doubts on the strength of Pakistan-China 'dosti' (friendship). A 'dosti' in which you are forced by your friend to buy its equipment for use in multi-billion dollar projects, which severely shreds your dollar reserves. Then it extends loans to cover the purchases and when you find yourself on the verge of bankruptcy, your friend warns you to not break the so-called “win-win economic partnership”, which is based on one and only one principle — “heads, your friend wins; tails, you lose.”

According to the joint statement issued at the conclusion of Prime Minister Imran Khan’s maiden visit to Beijing, both China and Pakistan will further expand cooperation under the CPEC. Also, they reaffirmed their commitment to the CPEC, which is a “win-win” enterprise for the entire region and would bring regional prosperity and development through enhanced connectivity.

You may realise the importance of this $62 billion project — major part of its debt-trap diplomacy — for China by the fact that it was included in the communiqué, and I quote, “Both sides dismissed the growing negative propaganda against CPEC and expressed determination to safeguard the CPEC projects from all threats.”

The Chinese simply don’t want the world to know their sinister objective of looting the key national assets of less developed economies after burdening them into a debt-trap. From Pakistan to Montenegro, from Laos to Kyrgyzstan, many nations owe huge debts to China.

Let us take the example of Sri Lanka. It owed more than $1 billion to China and unfortunately wasn’t able to repay. China reportedly forced it to hand over the Hambantota Port on lease for 99 years.

In April this year, China approached Vanuatu to set up a military base, which owed Beijing about $250 million. Tonga also carries some big debts and is facing difficulties in servicing them. The prime minister of Tonga, Akilisi Pohiva, in August showed his concerns over China’s debt-trap diplomacy, saying Beijing was preparing to seize assets from his country.

According to a Pakistani online news portal, Xi administration showed Imran Khan the “controversial” statements made by his ministers about China Pakistan Economic Corridor, and raised its concerns over such a behavior. It could be the interview which Razak Dawood — the Pakistani cabinet member responsible for commerce, textiles, industry and investment — gave to the Financial Times in September that disclosed how the Imran Khan government actually views the so-called “win-win” partnership with China.

Razak clearly said in the interview that the previous government (of Nawaz Sharif) negotiated the CPEC deals in the worst possible way with the Chinese, and, therefore, it gave away a lot to them.

He added, “I think we should put everything on hold for a year so we can get our act together… Chinese companies received tax breaks, many breaks, and have an undue advantage in Pakistan. This is one of the things we’re looking at because it’s not fair that Pakistani companies should be disadvantaged.”

This particular interview — which exposed the dark side of the multi-billion dollar project — seems the only reason behind China’s unexpected behaviour with its “iron brother” Pakistan.

Unfortunately, Imran Khan returned with an empty 'begging bowl' from Beijing. Basically, the Gwadar Port will prove to be the last resort for China to survive if a war erupts in South China Sea. It will act as the only shock absorber in that case by giving China access to the Persian Gulf for crude oil imports. 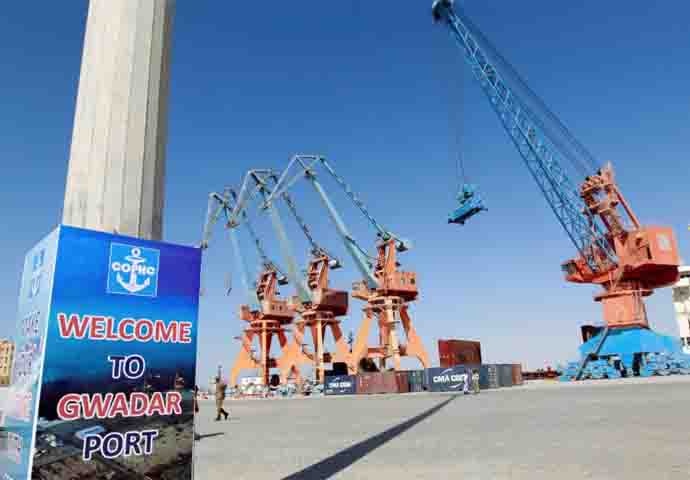 The Gwadar Port before the inauguration of the China-Pakistan Economic Corridor in Pakistan on November 13, 2016. (Credit: Reuters)

Approximately 3.5 million square kilometre area — rich in oil and natural gas reserves — of South China Sea has been under dispute as China, Philippines, Vietnam, Malaysia, Taiwan and Brunei have all claimed sovereignty over this territory. Because $1.2 trillion of US-traded goods pass through this route, Washington wants it to remain as part of international waters and, therefore, it is also involved indirectly in the conflict.

In 2016, almost 80 per cent of China’s oil imports passed through this route via the Strait of Malacca. Also, it meets 50 per cent of its oil demand through imports from the Middle East. For an oil-hungry country like China, a long-term closure of the South China Sea route — for one reason or the other — would present a worrisome economic and political scenario. China imported a record 6.7 million barrels a day of oil in 2015 and forecasted "to overtake the US as the world’s biggest crude importer in 2016".

Both countries have not yet revealed the actual amount of yuan that will be given to Pakistan by China in the name of monetary aid. On Thursday, November 8, Chinese Foreign Ministry spokesperson Hua Chunying said Beijing will provide assistance to Pakistan to the best of its capacity. "In future, in the light of Pakistan’s needs and by the mutual agreement, we will continue to offer our help economically and also in the sector of people’s livelihood," she added.

She didn’t miss the opportunity to talk about the expansion of the CPEC. I wonder, how much China wants to expand it. As she said, “The two sides will move the China-Pakistan Economic Corridor (CPEC) forward to expand projects under this flagship project.”

A high-level delegation from Pakistan — which includes secretaries of finance, trade and planning as well as the governor of the State Bank of Pakistan — has already left for China  to “discuss” the potential financial aid with the Xi administration.

China might put certain conditions before it provides Pakistan with a bailout package. Most likely it seems that the Xi administration will ask the “all-weather ally” to prohibit its ministers from issuing “controversial” statements about the CPEC and to put efforts at portraying “positive” image of the multi-billion dollar project.

It may also ask the Khan administration not to raise questions on further expansion of the “win-win” economic corridor.

#Naya pakistan, #Xi Jinping, #Imran Khan, #Pakistan-china
The views and opinions expressed in this article are those of the authors and do not necessarily reflect the official policy or position of DailyO.in or the India Today Group. The writers are solely responsible for any claims arising out of the contents of this article.