Our history cannot and should not be just about one party and one family.

More than 100 years ago, while enumerating "India and her problems", Swami Vivekananda said prophetically: "The child is taken to school, and the first thing he learns is that his father is a fool, the second thing that his grandfather is a lunatic, the third thing that all his teachers are hypocrites, the fourth, that all the sacred books are lies!"

Today, as the Bhagat Singh controversy rages across the nation, one more term is added to the list. The child going to the school is also being taught to call the freedom fighters "terrorists"!

The Oxford dictionary defines terrorism as the "unlawful use of violence and intimidation, especially against civilians, in the pursuit of political aims". Were the violent acts of Bhagat Singh aimed against civilians?

Even a cursory glance would prove that Bhagat Singh was not an advocate of violence for the sake of violence. Yes, on April 8, 1929, he threw two bombs, along with Batukeshwar Dutt, in the Central Legislative Assembly, but they were not aimed to kill but "to make the deaf hear".

Singh wanted to dissuade the Assembly from voting for a law, namely, the Public Safety and Trade Disputes Bill, whose implementation would have penalised Indian workers. Now that's not the work of a terrorist.

The terminology gets all the more ludicrous, with a tinge of Orwellian humour, when one finds freedom fighters waging a battle against a repressive colonial government being called terrorists, while a bunch of "misguided" Maoists fighting an all-out war against the world's largest democracy are regarded as "Gandhians with guns". 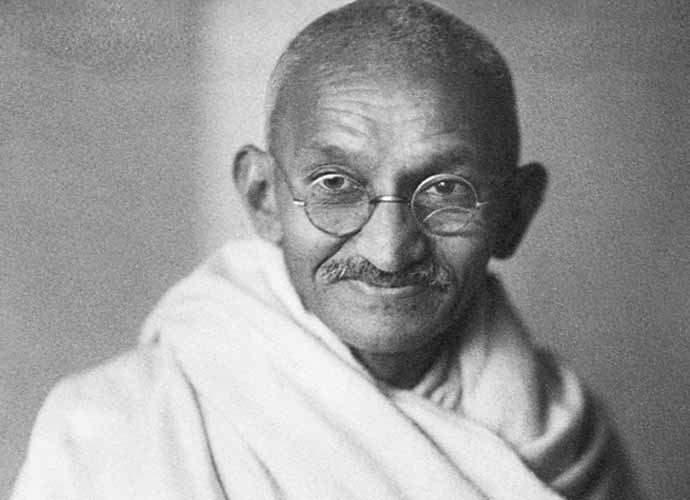 Incidentally, these "misguided idealists" fit into the Oxford terminology of a terrorist. For, about 90 per cent of the individuals killed by them are poor and labouring classes from the deprived section of the community, if the "Report of the Advocates Committee on Naxalite Terrorism in Andhra Pradesh" is to be believed.

Again an Orwellian doublespeak at play: Maoists killing the poor and downtrodden in the very name of the poor and downtrodden! Coming back to Bhagat Singh and his ilk, the late historian Bipan Chandra is not alone in calling these freedom fighters "revolutionary terrorists", as he did in his book India's Struggle for Independence.

It has been a standard terminology used - and is continued to be in practise - by the Left and Left-inspired intellectuals. For instance, professor Sumit Sarkar, another historical giant in India, doesn't even bother to tag the word "revolutionary" with "terrorist". In modern India, he impishly uses the term "terrorists" or "Bengal terrorists" for the likes of Khudiram Bose and Prafulla Chaki.

And it's a blatant lie when the apologists say these terms had been used "without any pejorative meaning" and that their usage has now been stopped since the term terrorism has "acquired a very negative meaning in recent years".

Also read - If Bhagat Singh is a 'terrorist', India must rewrite all its history

For those pedalling this theory must read Sunil Khilnani's latest book, Incarnations, published just a few months ago, wherein the author, who is hardly a diehard Left intellectual, calls VD Savarkar "the young terrorist".

The terrorism debate, however, is just the tip of the entire historical iceberg. For, the malaise lies with how history has been allowed to be appropriated by a dominant section of the Congress led by Mahatma Gandhi and Jawaharlal Nehru.

The Class 12 history textbook is a classic example. It provides one single chapter on India's freedom struggle, and its heading, "Mahatma Gandhi and the Nationalist Movement", says it all. The mention of Subhas Chandra Bose's INA exploits is conspicuous by its absence, even though they were regarded by the British as one of the most important reasons for them to leave India. This was confirmed by no other than Clement Attlee, the then British prime minister, who at the same time dismissed Gandhi's role as "minimal".

Also read - Netaji, not Gandhiji drove British away. Ambedkar would have agreed

Bhagat Singh is even more ignored. There's not a single mention of the patriot in the entire NCERT history textbooks from Class 7 to 12.

(Maybe it fits into the framework of Nehruvian historical consensus; for Nehru himself, as pointed by Kama Maclean in A Revolutionary History of Interwar India (2016), wrote in his autobiography "some three to four years after Bhagat Singh's death" how he was "popular despite his violence".)

Similar is the fate of Sardar Vallabhbhai Patel and his endeavour to unite the country then divided into more than 550 princely states.

Incidentally, the NCERT textbook has an entire page devoted to a letter by Communist leader Somnath Lahiri, with a separate paragraph talking exclusively about him!

This brings us to the question: Whose history is it, anyway? It's definitely not India's, or even that of the Congress. It's just the history of a section of the party which has been lucky enough to rule the country since Independence, vindicating Churchill's statement, "History is written by victors." And as the victors are out of power now, it's time India reclaims its real history.

Also read - University is not the enemy, HRD ministry. You are

The challenge is enormous as there is hardly any viable academic culture beyond the confines of the Left. And even if there are some who are silently building up an alternative intellectual discourse, they more often than not live under the shadow of those loony, "unintellectual" elements for whom history is all about finding flying planes in ancient India and unearthing the stem cells exploit during the Mahabharata era.

As for those swearing by the intellectual integrity of Bipan Chandra, they must read India After Independence, wherein the eminent historian defends, in his own suave way, how Indira Gandhi was forced to impose Emergency by her "opportunistic" and "anarchic" political rivals! India's eminent historians did what their political masters wished them to do.

And, given the quality of the work they produced, it seems they crawled when they were merely told to bend.

#History, #Indian freedom struggle, #HRD Ministry, #Bhagat Singh
The views and opinions expressed in this article are those of the authors and do not necessarily reflect the official policy or position of DailyO.in or the India Today Group. The writers are solely responsible for any claims arising out of the contents of this article.