Statistics don't lie: Why Bihar CM Nitish Kumar is miles ahead of other contenders

On the surface, it might seem that the vote share of BJP has increased over a period of time. A closer look at the statistics however, reveals a completely different picture.

Though the Bihar Assembly polls are scheduled for 2020, the Rashtriya Janata Dal (RJD) has already declared Tejashwi Yadav as its chief ministerial candidate. While it appeared a little hasty and ill-timed for a party that drew a blank in the Lok Sabha polls, many argued that RJD’s declaration was more for intra-party consumption, and not for the people of Bihar. However, RJD’s apparent taste for Bihar’s top job has prompted many backroom boys across political lines to take a closer look at the Lok Sabha poll results. This is obviously an attempt to find whether RJD’s desire carries any weight in Bihar and if the political pecking order in the state has any new entrant.

A fresh data analysis of votes has been pulled out to assess if the poll outcome also has some hidden meaning attached to it. While statistics are notorious for not telling the whole story, the data analysis of voting during the Lok Sabha polls in Bihar has really thrown up some surprising assessments. The biggest surprise first: The BJP, which bagged the maximum votes in the state in the 2019 Lok Sabha polls, is not the biggest gainer if you compare performance of political parties during the last two elections held in Bihar. Everything is not what it seems: BJP might appear to be the biggest gainer as it bagged the maximum votes — however, this is far from true. (Photo: India Today)

While the JD(U) has raised its vote tally by nearly 39% over its 2015 performance, its electoral gains have not come from the losses of its opponents. The majority of additional votes that Nitish’s party has gained in Bihar appear to have come from new voters. Incidentally, since the 2014 Lok Sabha polls, Bihar has topped the country’s tally when it comes to adding new voters to the electoral roll. The figure for new voters in Bihar was 61,33,940, whereas West Bengal with 55.02 lakh new voters and Rajasthan with 43.45 lakh new voters, were second and third, respectively. 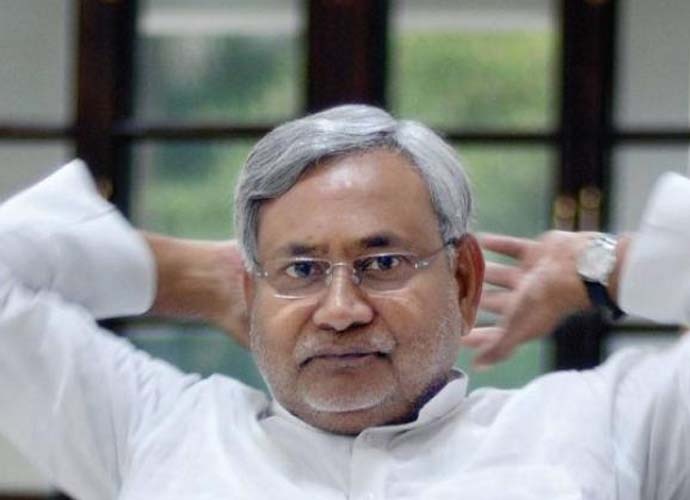 Nitish Kumar’s JD(U) has a big lead over the RJD, led by Tejashwi Yadav, in terms of vote share. (Photo: India Today)

"Assuming that about 60% of Bihar’s new voters actually voted in the Lok Sabha polls, the number comes up to 36 lakh. If we place this figure against the 24.85 lakh new votes that Nitish Kumar’s party has added to its kitty in the 2019 Lok Sabha polls, it seems that nearly 70% of the new voters have voted for JD(U),” says a senior IAS officer. “It is clear. While JD(U) has kept its support base intact, it has also added majority of the new voters in Bihar to its vote tally. The reasons are abundantly clear. The new voters, the youth of Bihar, are smart enough to identify the leader whom they can count on for vision and leadership,” says JD(U) spokesman Rajeev Ranjan Prasad. “They [Bihari youth] can differentiate between a run-of-the-mill politician and a statesman like Nitish Kumar".

"This explains why majority of the new voters have voted for the chief minister’s party,” Prasad adds. The assumptions are well supported by Bihar’s electoral record as Nitish has, indeed, remained the fulcrum of Bihar politics since his party defeated Lalu Prasad's RJD in the October 2005. From 2005 to 2019, Bihar has seen four Assembly and three Lok Sabha polls. Barring the 2014 Lok Sabha polls, the winner always had Nitish by his side in six of those seven elections. Though Nitish always talks about pooling all sections together, JD(U) sources admit that around 30% extremely backward castes (EBCs), and 15 per cent Mahadalits (the most marginalised among the Scheduled Castes) form the nucleus of the JD(U)’s strength. The RJD has chosen Tejashwi Yadav as the Chief Ministerial candidate. Is he the right choice? Only time will tell. (Photo: India Today)

Together, these two social sections have over 150 castes, constituting nearly 45% voters in Bihar. If RJD’s solid support base among the Yadavs, the single-largest caste group in Bihar with 14% of the population, combined with a sizeable chunk of 16% Muslim votes, has failed to stop Nitish in successive state elections, it was largely because the Bihar CM had similar consolidation of EBCs and Mahadalits behind him. Now, it seems the new voters have also preferred Nitish over others.

Also Read: Bihar 2019: The caste advantage lies with the NDA in this state

#Rashtriya janata dal, #Bihar cm nitish kumar, #Bihar assembly polls 2020, #Bihar cm
The views and opinions expressed in this article are those of the authors and do not necessarily reflect the official policy or position of DailyO.in or the India Today Group. The writers are solely responsible for any claims arising out of the contents of this article.