Lalu Prasad Yadav got the lantern as the symbol of his party after quite a bit of work, and saying no to mithai.

An imarti is several notches higher on the knots metre when compared with a jalebi. The other difference, of course, in what they are made out of. Jalebi is made out of maida and imarti out of urad dal.

Imarti Devi’s comment on Kamal Nath’s mother and sister is no different from Kamal Nath’s comment made on Imarti Devi. If you go a little deeper, you may find some geographical difference though. Nath called Imarti Devi an item without specifying the geographical boundaries within which Devi was an item, but Devi has stated Nath’s mother and sister could be the 'item' of Bengal. Moral of the story – all items are items but if you intend to hurl an insult, then the item has to be a woman. 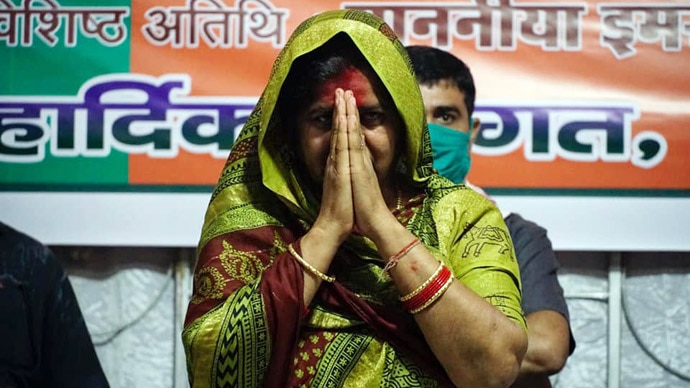 Imarti Devi has said Kamal Nath's mother and sister could be 'items' of Bengal. (Photo: Facebook)

If a woman is called an item by a man, her revenge doesn’t lie in saying ‘tu hoga item’. It lies in saying teri mummy item, teri sister item. We approve of neither.

But talking about revenge, Mirzapur 2, which had a 'premature' release on Amazon Prime yesterday, has everyone seeking revenge on everyone with people being knocked out more easily than popcorns popping in your microwave or pressure cooker.

Mirzapur is a work of fiction. The real fight is on in Bihar. Both Prime Minister Narendra Modi and Congress leader Rahul Gandhi addressed their first rallies in the state, where the first phase of voting will take place on October 28. If Modi chose Sasaram to start off, Gandhi went for Hisua.

Addressing the rally in Sasaram, Modi said, “Those with the lantern can’t fool people in Bihar”, which got us thinking if people without the lantern can do the honours. All this thinking reminded us how Lalu Prasad Yadav celebrated after the Election Commission allowed RJD to use lantern as the party symbol.

RJD was formed in 1997. When Lalu announced the party after splitting from Janata Dal, he said, “Janata Dal, which I painstakingly formed and led all these years, is full of snakes who conspire against me.” 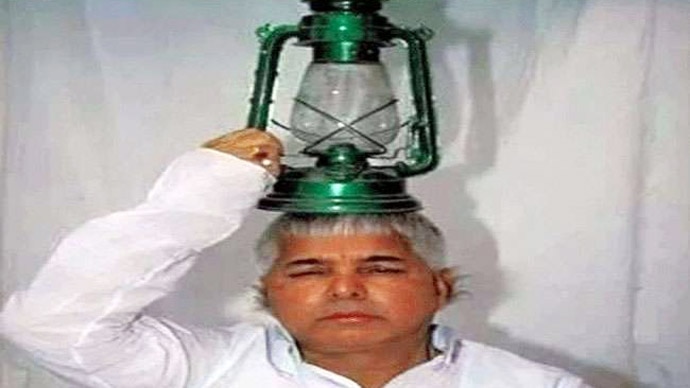 The recognition for RJD came in 2008, when EC declared RJD a national party. Lalu had chosen lantern when he formed the party. Now was the time to get it ‘fixed’. So when people came to Lalu with sweets after the party was recognised as a national party, Lalu said, "Mithai abhi rakhia. Jaldi se EC ko letter likhiye ki humko lalten hi chahiye (Forget the sweets. Inform the EC that I want the lantern)."

Lalu, it is said, expected the sweets only after the lantern became his fixed party symbol. The heart wants what it wants. Lalu belonged to a period when lanterns were a luxury and more commonly found in rural India were dhibris. 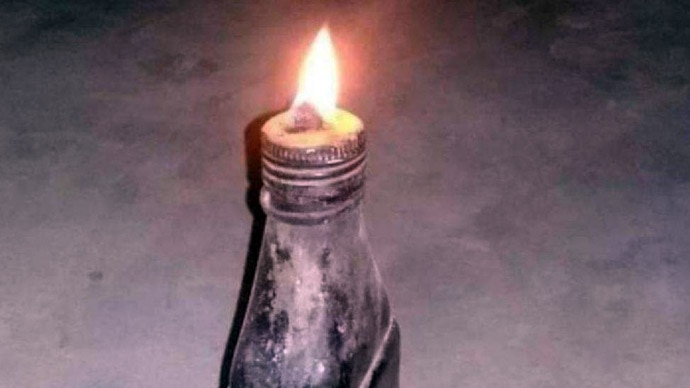 The humble dhibri lights houses in India where power cuts are long and routine and lanterns are out of the budget.

Lalu is not campaigning this election season because he is in jail. All others are holding rallies.

“Do gaj ki doori, mask hai zaroori.” That wasn't followed in BJP's own rally today. The same was the scene at Rahul Gandhi's rally. 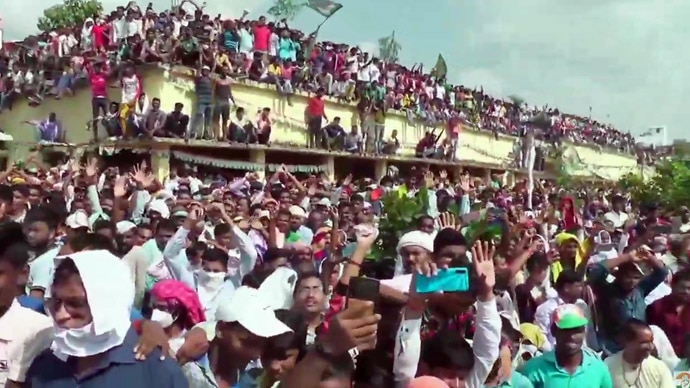 The nice thing about political questions is that they are answered with more questions. Let’s understand this through an example. Party A asks Party B: Where are the jobs?

Party B tells Party A: How many jobs did you create?

What about the people? Well, their answer lies in their vote. We will know the answer on Bihar on November 10.

People in the US are also giving their answer as voting through postal ballots is on. The voting at booths will happen on November 3. During a debate with Democratic Party candidate Joe Biden, Republican candidate and Modi's friend Donald Trump, said India is filthy.

Trump was, however, talking about the pollution in India. He said the same about China too, if that is any solace.

Trump made the statement while trying to justify his decision to pull America out of the Paris Climate Accord, saying it was an unfair deal because India and China pollute. What does the US do?

Facts don’t count for Trump because he doesn’t count what doesn’t work in his favour. The fact that concerns us, however, is that the air quality in the National Capital Region will worsen over the next 48 hours. 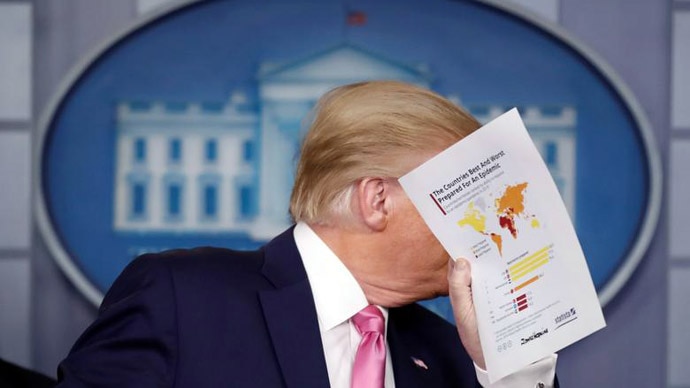 Many Covid patients have had to go back to the hospital over the past few days after complaining of breathlessness despite having tested negative.

Cricketing legend Kapil Dev was today admitted to a Delhi hospital at around 1 am complaining of uneasiness. Doctors found that the uneasiness was actually a mild heart attack. Kapil Dev has been operated upon and is recuperating.

Given what Kapil Dev means to cricket and what cricket means to India, we had to make the drift from Covid. But now, let’s get back to Covid. A person tested positive 18 hours after he died. What we mean is that samples collected from his nose and throat 18 hours after the death had the virus. Doctors said his lungs were 'hard as a leather ball'.

Are we trying to scare you? Oh, yes. Because darna zaroori hai.

Goldman Sachs showed no fear of law when it came to breaking rules and now has been asked to pay a penalty of $2.1 billion (Rs 154.602 billion or Rs 1,54,60,20,00,000). This is the biggest ever penalty in the US in a bribery case. Goldman will still remain Goldman and not become bronzeman despite paying the penalty because the company is worth several times more.

Penalty, the Word Of The Day, comes from Latin poena, which meant pain. Oxford dictionary defines penalty as “a punishment for breaking a law, rule or contract”. No pain, no gain. But too much pain may leave you unfit to make any gains.

You can’t bend the rules all the times and go scot-free. Between us, you can do that sometimes.

But can you bend air? Well, you can’t but someone can – Avatar: The Last Airbender. The series is on Netflix. You can watch it this weekend or the next if you want to watch Mirzapur 2 this Saturday-Sunday.

And while you watch this or that, someone could be watching you. Who? Aliens. Scientists have identified at least 1,000 stars from which aliens can get a good look at us.

Hide behind the mask and hide well.

We will see you Monday from behind our masks.

#Donald Trump, #Sasaram, #Bihar Elections, #Biharelections2020
The views and opinions expressed in this article are those of the authors and do not necessarily reflect the official policy or position of DailyO.in or the India Today Group. The writers are solely responsible for any claims arising out of the contents of this article.