DailyOh! How EVMs lost once again in Bihar elections, to how result predictions got the numbers right

Congress leader Udit Raj has said neither the EVM nor the Election Commission is impartial.

The match is not over till the last ball has been bowled. But just because the bowling is going on, doesn’t mean the winner hasn’t been found. The last ball will be bowled even if there are 15 runs to be made on it. You can call it formality; they call it rules. The logic behind the rule is how do you know what could have happened on the last ball if it wasn’t bowled. True that.

When the Bihar election match began this morning, the game looked to be going in favour of the Mahagathbandhan just as exit polls had predicted. Then somewhere around 30 minutes past 10 am, the game began to change. Things have been changing by the minute since then. The National Democratic Alliance (NDA) came from behind the Tejashwi Yadav-led grand alliance and then coolly ran past them. (Photo: PTI)

The National Democratic Alliance (NDA) came from behind the Tejashwi Yadav-led grand alliance and then coolly ran past them about an hour before noon. This was exactly the result that was predicted when the debate over whether elections should be held amid the pandemic was raging. So one set of prediction may have gone wrong, but the other set was right. In that sense, prediction did not lose even if prediction did not win.

The Election Commission has said the results will be late because more EVMs and more polling booths were brought in this election to ensure social distancing during the pandemic. So the EC needs more time to declare final results. All the extra time has been used for predictions and getting to know the trends that, of course, have been changing.

From the trends and results so far, the NDA is in pole position to form the government once again, crossing the 122 mark in the 243-member assembly and defeating the grand alliance. Let us also tell you which parties make up the NDA. The BJP, Janata Dal (United), Hindustani Awam Morcha and Vikassheel Insaan Party. The grand alliance, on the other hand, had Rashtriya Janata Dal (RJD), Congress and Left parties. What about PM Narendra Modi’s self-proclaimed Hanuman? Chirag Paswan’s Lok Janshakti Party (LJP) contested independently with hopes of playing the kingmaker later. Chirag’s dream of playing the kingmaker has taken a hit just as hard as his dream of playing Bollywood hero or Tejashwi Yadav’s dream of becoming the country’s youngest CM at 31.

Allow us a minute of digression. The talk of Bollywood reminded us that Akshay Kumar’s Laxmii released yesterday and we took the unfortunate decision of watching it. The movie tries to be a comedy with a serious underlying message. It fails on both counts and ends up being a horrible comedy. The one man who excels is Akshay. He brings intensity to the role but the loose script makes you say more than once, “Ye kya banaya hai yaar”. Laxmii bombed due to its loose script but who brought down the Russian military helicopter? The Azerbaijan airforce. Now, Azerbaijan did not want to harm Russia and when it shot down the aircraft it thought it was shooting was an Armenian asset. Tensions are high between Armenia and Azerbaijan. The Russian helicopter was flying along the border of the two ‘tense’ countries and hence took the shots that left two dead. Azerbaijan has offered compensation and apology.

We apologise as well because the digression has extended beyond the minute we sought. So coming back to the elections, the BJP is competing closely with the RJD for the Number 1 spot of the single-largest party.

Normally, the party that emerges as the single-largest party gets its chief minister in office. From the results available so far, even if RJD emerges as the largest party, Tejashwi Yadav could miss the CM’s chair because Mahagathbandhan is unlikely to go past 122 seats. BJP too won’t get the chair even if NDA goes beyond 122. And that is because BJP can’t go back on the ek baar jo commitment kar di words. As part of its pre-poll alliance, BJP said Nitish and only Nitish Kumar would lead Bihar.

Will the promise hold? We will know when things unfold. For now, the victory is NDA's to celebrate. Once upon a time, victory was only related to wars. You may say elections are no less than wars. One look at the bloodletting in West Bengal will prove the naysayers wrong.

Victory, our Word Of The Day, comes from the Latin word victoria.

In Greek and Roman mythology, victory often belonged to the hero. It could be so that the person who won became the hero. But the result always came out of hand-to-hand combat. In the mythological world, the enemy was the monster and lost at the end.

In the modern sense, victory is success achieved in a game, or competition, or war, or even an election.

Bihar elections have been won by one side. They have been lost by the other. But in between the two sides, the EVMs have lost once again. Congress leader Udit Raj has said neither the EVM nor the Election Commission is impartial. Raj has questioned would Donald Trump have lost the US elections had the voting happened through EVM. In his own mind, Trump has not lost even though voting happened through paper ballots and postal ballots.

Trump has, meanwhile, also blamed Pfizer for the election that he lost. So, in his own mind, Trump has also lost the election. Trump says Pfizer deliberately did not reveal the fact that the Phase 3 trials of the vaccine had achieved 90 per cent success. The outgoing president, who is resisting the ouster, also blamed US Food and Drug Administration for holding back the information. 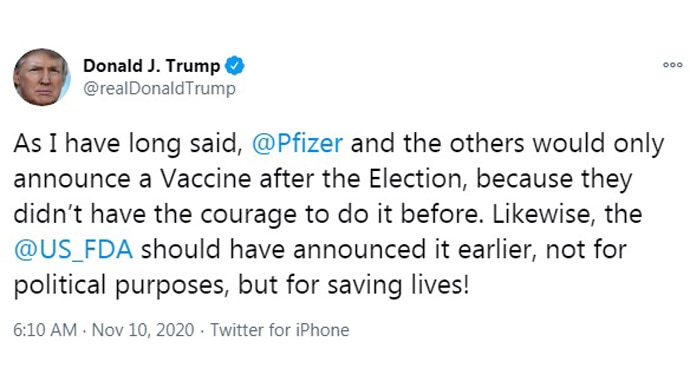 Both the US and Bihar had elections amid a raging pandemic. The people of Bihar behaved like they had already received their vaccine shots, coming out to attend rallies without masks. That is not to say Americans have acted very responsible but Americans are not our concern.

Talking of the people of Bihar today, we want to remind you of the Bihari man who saved Mahatma Gandhi’s life. The Bihari named Batak Mian. Batak Mian hailed from Motihari and worked as a cook. This was in 1917. On April 15 that year, Gandhi arrived at the Motihari station from Muzaffarpur. Gandhi had come to enquire about the condition of farmers who were being forced to grow indigo by the British government. A book named Champaran ke Swatantatra Senani mentions that that night, Gandhi was invited for dinner by Erwin, the British manager of an indigo plantation.

Gandhi enjoyed huge influence and Erwin was incensed. He ordered Batak Mian, the cook, to lace with poison a glass of milk to be served to Gandhi. For doing the job, Mian was promised rewards. For turning down the work, he was threatened with dire consequences. 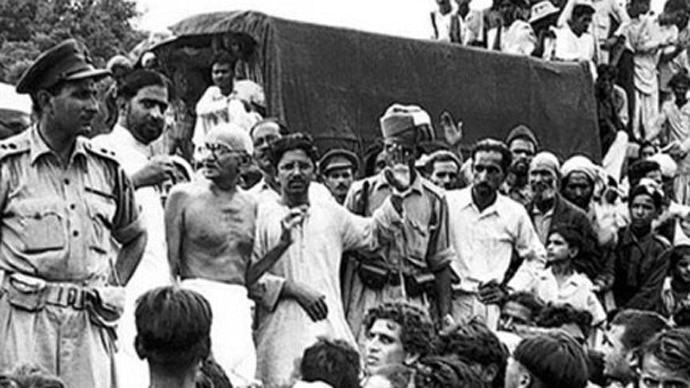 Batak Mian put the poison in the milk as he was asked to. But when it came to handing over the glass, Mian informed Gandhi that he shouldn’t drink it. Gandhi survived, but Batak Mian was put behind bars for not following orders. He was tortured in prison and his house and land in Champaran were auctioned off, while his family was forced to leave the village.

The witness to the incident was India’s first President Dr Rajendra Prasad. If Batak Mian had not done what he did, we wouldn’t know India’s history the way it is. We don’t know how good a cook Batak Mian was, but he sure was a patriot.

Talking of cooking though, if this Diwali you want to try your hand at preparing sweets at home, we can help with the recipe of Coconut Barfi. We have already shared the recipe of Shahi Tukda.

In the other big match today, Mumbai Indians, four-time Indian Premiere League (IPL) champions, are taking on Delhi Capitals today. Delhi Capitals have never won an IPL. Delhi Capitals were earlier called Delhi Daredevils and RJD leader Tejashwi Yadav was on this team, even though he never played a match for them.

Since we are talking cricket, let us also talk about India's tour of Australia. The contest takes off on November 27 and this is the first time crowds will be back in the grounds. It is unlikely you can fly to Australia to watch the matches but people who are in Australia will be allowed to come in and cheer for their favorite team. Indian skipper Virat Kohli, however, will be back in India after the first Adelaide test to be with wife Anushka to welcome their first child together.

#Nitish Kumar, #BJP, #Bihar Elections, #Biharelections2020
The views and opinions expressed in this article are those of the authors and do not necessarily reflect the official policy or position of DailyO.in or the India Today Group. The writers are solely responsible for any claims arising out of the contents of this article.