Britain and the world will never be the same after Brexit

The vote was a resounding rejection of political elites and the establishment.

In the end the British voters decided to ditch the European Union by around four percentage points but the ramifications of their decision will be far-reaching.

British politics is in turmoil with Prime Minister David Cameron deciding to call it quits after being defeated in a referendum which he had called hoping to win and silence Tory Euro-sceptics, perhaps forever.

Also read: Brexit just helped ISIS get one step closer to its goal

Now he is the one to go by suggesting that he would attempt to "steady the ship" over the coming weeks and months, but that it would be for the new prime minister to carry out negotiations with the EU and invoke Article 50 of the Lisbon Treaty, which would give the UK two years to negotiate its withdrawal.

Cameron is right in this graceful acknowledgment of his failure. He had asked Britons to vote Remain but was defeated by 52 per cent  to 48 per cent despite London, Scotland and Northern Ireland backing staying in.

The Labour party’s leader, Jeremy Corbyn, is also coming under attack from all sides with his critics accusing him of being half-hearted in calling for Labour voters to unite behind Remain. Jeremy Corbyn is coming under attack from all sides.

Senior Labour Party figures are suggesting that his position is now increasingly untenable.

It were largely the Labour voters who were supposed to be the backbone of the Remain campaign but they, it seems, have stopped listening to the Labour Party.

Also read - This morning after is so British: Brexit explained on Twitter

The divisions within the United Kingdom are as stark as ever as London, Scotland and Northern Ireland voting to stay in the EU. Scotland voted in favour of the UK staying in the EU by 62 per cent to 38 per cent.

Scotland's first minister now views a second independence referendum as "highly likely" after the UK voted to leave the EU by suggesting that it was "democratically unacceptable" that Scotland faced the prospect of being taken out of the EU against its will.

All this has had a significant impact on the markets already. Despite Bank of England’s governor underlining the strength of British economy’s fundamentals, the British pound has collapsed to its lowest level in over 30 years, suffering its biggest one-day fall in living memory.

London stock market also plunged with the shares of major British banks facing a difficult time ahead. This was the last thing global economy needed at this critical juncture.

To remedy any more damage, the European leaders have called for the UK "to give effect to this decision of the British people as soon as possible, however painful that process may be. Any delay would unnecessarily prolong uncertainty."

Also read - Brexit will work: Britons are best when selfish as a nation 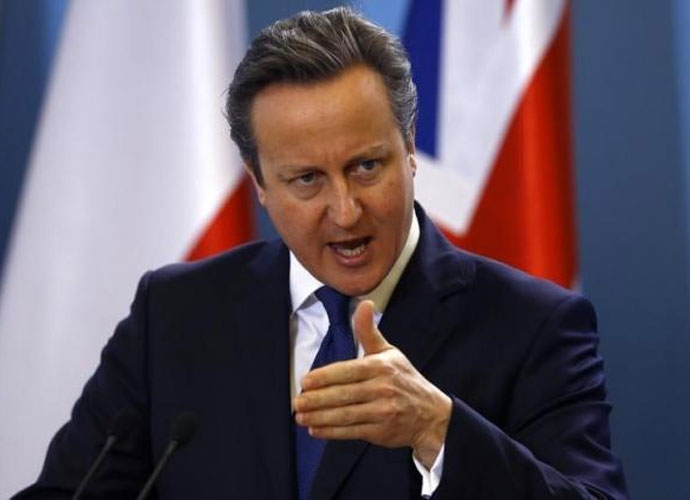 British politics is in turmoil with Prime Minister David Cameron deciding to call it quits.

Expressing "great regret" at the British decision, German Chancellor Angela Merkel said: "This is a blow to Europe and to the European unification process."

Brussels is in shock because while the polls had tightened in recent days, few were really expecting this divorce to come through. The post-World War II political and economic has been upended by the British voters and no one is quite sure what is to come next.

Remaining 27 members of the European Union would now like to get over this shock as early as possible and not to give the UK any more special privileges for fear of similar demands from other nationalistic parties across the continent. But there are already calls for the need for significant changes in the EU.

Also read: Brexit: Britain showed what it's got, but India is smiling

As the Czech PM Bohuslav Sobotka suggested, "Europe must be more operational, flexible, less bureaucratic and much more perceptive to the diversity that its member states represent." And these calls are likely to grow louder with each passing day.

In the end, the British vote was a resounding rejection of the political elites and the establishment which went overboard in underscoring the negative economic consequences of a Brexit. The British public did not heed the experts because a large majority have not felt any real benefits from being a member of the EU.

More significant was the issue of migration which has already redefined British politics.

Middle England has been feeling besieged by immigrants for some time now and the response of the mainstream political parties has been one of condescension. This referendum was an opportunity to reassert cultural and national identity of England and the English voters did it with all the power they had.

On the larger geopolitical front, the European project is facing a crisis today which it will find very difficult to tackle. The EU’s democracy deficit is real and rise of far-right political forces in various parts of the continent is a testament to a growing divide between the populace and the EU bureaucracy.

As Angela Merkel has rightly suggested, British decision "is a turning point for the European unification process."

The EU will find it ever more difficult to reconcile competing demands in its management and the dream of an "ever closer union" will remain just that – a dream.

The EU has entered a phase of glorious uncertainly as it negotiates with the UK and tackles numerous crises staring it in face from declining economic growth rates, migration crisis, lack of defence preparedness to an aggressive Russia.

The departure of the second largest economy from the bloc will make it even more difficult to underscore EU’s credentials as a major power bloc at a time of great strategic flux in the international system.

All politics essentially is about who governs us and how. The British public has seized that power back with a vehemence few expected from them. And they have reminded the politicians that sovereignty is not merely an abstract concept but a living and breathing phenomenon which often drives people more than cold economic arguments.

Britain and the world will never be the same again.

#David Cameron, #EU Referendum, #Brexit
The views and opinions expressed in this article are those of the authors and do not necessarily reflect the official policy or position of DailyO.in or the India Today Group. The writers are solely responsible for any claims arising out of the contents of this article.