The Budget offers some limited positives with a vital few missing links, meriting a closer review.

In Indian budgetary announcements, the devil always lies in details of the finance bill. Though it remains to be seen how changes to the Bill will actually be made once the final budget is presented. It is against constitutional propriety to make such big-ticket announcements in an interim Budget presentation.

From a broader outlook the pre-election Budget, as expected, attached special financial importance to woo low-income farmers and lower-middle income groups (particularly, those from the unorganised sector), offering them benefits in terms of both, tax burden and in minimising consumption costs. As a pre-poll signalling measure, the Budget offers some limited positives with a vital few missing links, meriting a closer review. Is the PM's Kisan Samman Nidhi Yojana for vulnerable farmers only an election sop? (Photo: PTI)

The direct tax rebate benefit offered to citizens with an annual income of Rs 5 lakh is welcome and is likely to benefit the lower middle-income groups directly (only if the current government is voted back to power). This was expected in an election year where the BJP faces a stiff test on garnering votes from low-middle income groups and those working in the unorganised sector who suffered the most after demonetisation.

The income tax break, as a positive step, is likely to widen the direct tax base, where most lower income groups with a gross income between Rs 5 lakh and Rs 6.5 lakh may prefer to accrue other tax-related benefits (with tax-relief investments up to Rs 1 lakh) and formalise their incomes. Further, an attitude to digitise I-T return processes and simplify the return claims, while lowering tax slabs for lower income groups progressively increases tax revenue over time.

The PM's Kisan Samman Nidhi Yojana for vulnerable farmers with cultivable land up to 2 acres is an election sop with no details on how the income shall be allocated to those with or without land titles. Also, the proposed transfer of Rs 500 per month is too small to meet any substantive household expenses.

Another announcement on starting a social security pension scheme, the Prime Minister Shram Yogi Mandhan, that pays Rs 3,000 per month as pension to 42 crore people, employed in the unorganised sector and those earning less than Rs 15,000 per month is a much longed-for move. 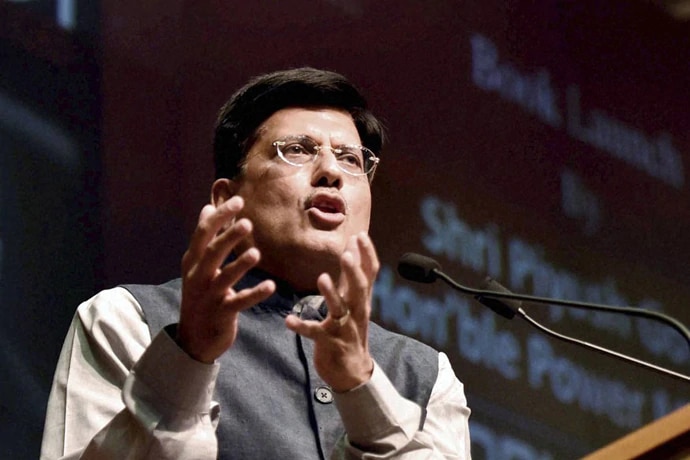 Even though the nominal amount notified here as to be paid pension remains quite marginal (as against actual household consumption needs of people working in unorganised area who pay for all healthcare costs on their own). Still, the scheme should allow a number of unorganised workers to have some form of pension-protection after the age of 60 while depositing a limited premium cost of Rs 100 per month and further receive contributions from the public exchequer.

The scheme suffers though from a common fallacy. In addition to this scheme, all other previous PM-centric schemes too have posed major questions on standard implementation processes, accruing high agency costs and unwarranted bureaucratic discretion.

The 2019 Budget speech acknowledged little on the extent to which certain aspects of the Indian economy continue to face chronic macro-economic problems. Starting from a poorly performing manufacturing sector (the Gross Value Added numbers are a testament to this); a macro employment crisis particularly affecting urban and rural females (from the latest NSSO numbers), and, a highly stressed public sector banking sector (suffering from low credit growth in food and non-food sectors), it is hard to see this Budget doing much to address any of these points.

This reflects a lack of purpose and direction in the outlays announced (say, on subvention of interest on loans to farmers which will be applicable for already stressed public sector banks in rural areas).

The biggest missing links from the budget announcements are in two areas: higher education and improved healthcare access. While the unemployment rate has peaked for the youth to more than 6 percent (the highest in four decades), increasing institutional and financial access to both, higher education and medical care (with rising out-of-pocket healthcare costs) are major concerns.

Also, with the nature of direct and indirect tax concessions made for lower income groups and small companies along with increased outlays on revenue expenditure side (say, increase in defence allocation to Rs 3 lakh crores), the overall fiscal landscape is likely to stay eroded in years to come. An exclusive focus on reducing the Government debt-to-GDP ratio (as announced in the Budget speech) to around 40-45 percent of GDP also needs a much planned and coordinated approach.

In the absence of high domestic private investment levels, the government can afford to invest more and relax its fiscal deficit target slightly (to 3.5 percent of GDP), if and only if the GDP continues to grow at a 7.5-8 percent levels in real terms. Still, working on a fiscal consolidation path needs to be any government’s priority, especially in an inflation-sensitive large economy like India. Overall, the budget bouquet from the government blends a mixed purpose for its citizens now, and especially in the years ahead. Incentives for lower-middle income groups and vulnerable farmers are welcome in the state of the crisis-like situation we are in.

However, on addressing concerns of status-quo around employment creation; ensuring women-led development (beyond providing subsidised gas cylinders), prioritising educational access and healthcare affordability, this Budget fails to deliver much.

#Piyush Goyal, #Narendra Modi, #Economy, #Budget 2019
The views and opinions expressed in this article are those of the authors and do not necessarily reflect the official policy or position of DailyO.in or the India Today Group. The writers are solely responsible for any claims arising out of the contents of this article.