Interpreting Budget 2019: Politics has overwhelmed the rationality of economics

Budget 2019 has proved to be a political statement, more than an survey of economic facts.

Coming close before the General Elections to be held in April-May 2019, the Budget this year has the backdrop of a great deal of political noise — the incumbent BJP lost three major state elections in the Hindi heartland, there is perceptible grievance amongst farmers stuck in a distressed rural economy, and the clamour for building the Ram Mandir has become an important pitch of the ruling party and its saffron peer organisations.

To gain the advantages of incumbency, the Modi government is widely perceived to be in a mood to assuage the electorate with last-minute policy pronouncements — offerings that will favour the poor and assuage somewhat the anti-incumbency witnessed in Rajasthan, Madhya Pradesh and Chhattisgarh.

Budget 2019 has proved to be a large statement, on income support to farmers, tweaking the social assistance support from pensions, and above all, courting the middle class.

A direct conversation with the electorate, rather than a report card of what this government may have done in office over five years.

But, first the controversy about whether this would be a full Budget or a vote-on-account: With just about a month left for the General Elections to be announced, it was widely believed that the government would go for a vote-on-account, an authorisation, so to say, for expenditures to be made until the elections, and the coming of a new government. 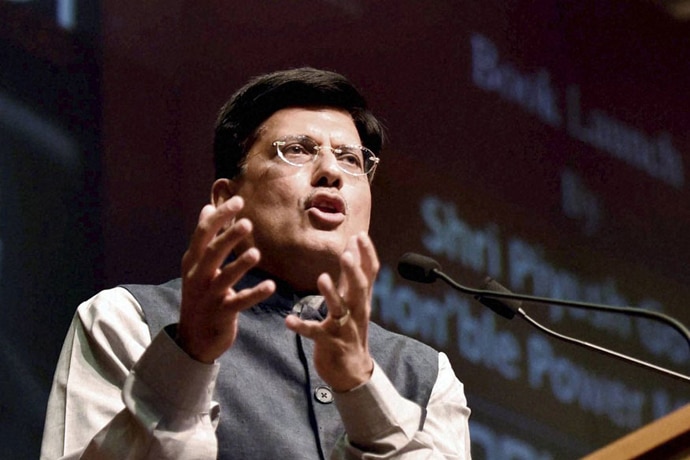 Budget 2019 has proved to be a huge statement, on income support to farmers and on courting the middle class. (Photo: PTI)

The Finance Minister put this speculation aside when he asserted that the Budget is a full document, and no halfway house — yet, the PM himself clarified that this would be an interim Budget, prior to elections. Most experts believed that while the government would make a few big-bang announcements, there might not be new taxation proposals in an interim Budget.

However, what was presented was a full Budget, with both new expenditures as well as taxation proposals.

To be fair though, even in 2014, the Manmohan Singh government had rolled out a "sop" in the form of 'One Rank One Pension' Scheme, and some tax cuts to boost consumption.

Coming to the big announcement on rural income support, the PM Kisan Samman Nidhi envisages a direct cash transfer of Rs 6,000 per annum to farmers with 2 hectares or less of land. The Central government would bear the cost of an estimated Rs 75,000 crores, amounting to about 0.03% percent of GDP.

The scheme is a slight moderation of the flat payment under the Rythu Bandhu scheme in Telangana, which pays a higher amount but favours those with large landholdings. This new format appropriately has its focus on the small and marginal farmer.

But the amount is a paltry sum — just Rs 17 per day as the Congress summed it up.

The government's claim is that its other schemes, such as Fasal Beema Yojana, Soil Health Card and credit support, are enough support to farmers and this sum is meant as a "top-up". 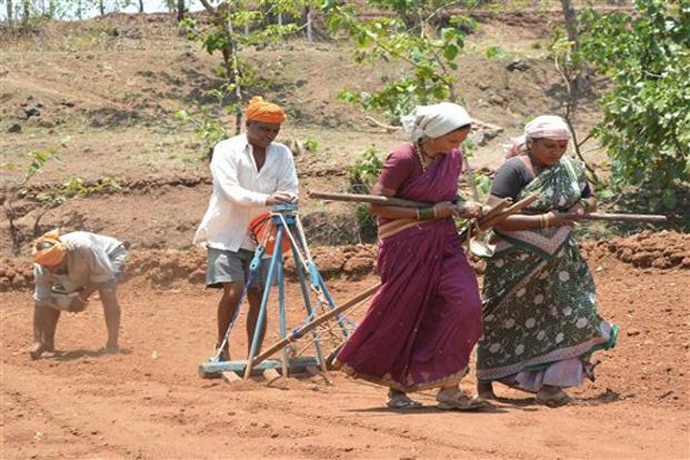 Besides, it is unclear as to where the landless would stand in this scheme of thought. They are the worst off — the silence of the scheme on landless agrarian labour points to the hurried nature of the scheme. With the instrumentality of the Budget having been used to make for the first time a direct cash transfer to farmers, it now needs to be seen whether the rural voter accepts this as well-intentioned or a mere election sop.

The other big announcement is that of monthly pensions for unorganised sector workers — above 60 years of age — who are earning up to Rs 15,000 per month. They will now get a pension of Rs 3,000 per month. Here, the opposition points out that the erstwhile National Social Assistance Programme was already a pension of this nature. It is also unclear as to how the "unorganised" sector worker will be identified and targeted.

The Budget has provided tax relief to a large segment of the middle class — with full rebate to income up to Rs 5 lakhs — which constitutes a large base of taxpayers. Besides, rental income from the second house is also eligible for a rebate, encouraging investment in a second home. I'm giving you a thumbs-up. Are you giving me one? (Photo: PTI)

With these, and other measures, such as an increased allocation for the MGNREGA, the government hopes to consolidate a rural base for itself, as also enthuse its core vote base of the urban middle class.

But these policy pronouncements come in the wake of the National Sample Survey Organisation reporting a 45-year high of joblessness at 6.1% — especially acute amongst rural youth.

A robust survey such as the NSS is strongly weighted in favour of rural areas, and its findings corroborate earlier analyses of jobless growth in India.

#Narendra Modi, #Farmers, #Economics, #Politics
The views and opinions expressed in this article are those of the authors and do not necessarily reflect the official policy or position of DailyO.in or the India Today Group. The writers are solely responsible for any claims arising out of the contents of this article.