The Centre is unable to integrate Kashmiris into the mainstream by means of dialogue, despite several attempts.

On July 8, Burhan Wani, a 21-year-old Kashmiri militant was killed, along with two of his comrades-in-arms in a shootout by the security forces.

Wani was a "commander" of the terrorist group Hizbul Mujahideen, branded so not only by India, but also by the US and other international bodies.

Kashmir has erupted again. The shootout was in Anantnag district, in the thick Tral forests of south Kashmir. Wani was tall and good-looking, and generally liked to be seen with deadly weapons.

Also read: Why Burhan Wani's death is no victory for the Indian State

His promotional videos are said to have been successful in drawing the youth of Kashmir into the Hizbul fold. The few I watched looked tame: Wani sitting down with a couple of heavy duty guns in his hands and asking youngsters to join the organisation.

The media said they had gone viral. The ones I watched had around 3,000 views. Hardly viral. This was before his death, though. 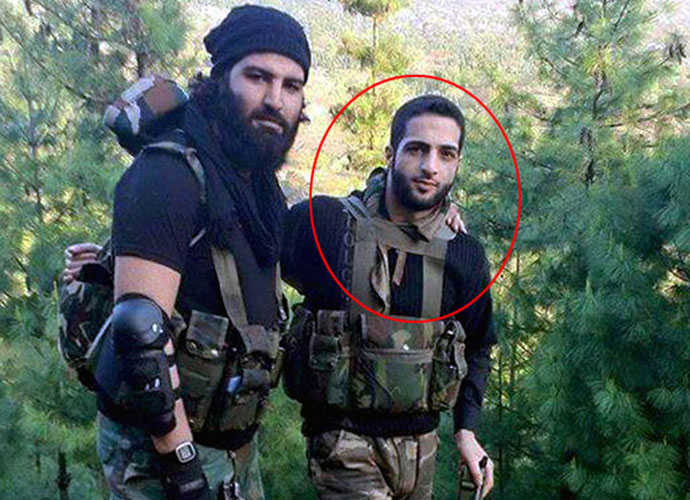 Burhan Wani in death, will give birth to a hundred more youngsters who will project all their angst and anger into his image and start acting like him.

Other separatist leaders like Syed Ali Shah Geelani have said Wani is a martyr and that their fight for the independence of Kashmir would continue with renewed vigour.

This writer has no sympathy for Wani. He chose a path of militancy to reach his goal. Though the goal has not yet been realised, Wani has met his end, assisted ably by the Indian State.

The militants are looking for assisted suicide. They seem to be happy, because they are fighting for the Islamist cause, and as Wani's father, a school principal, said in an interview right after his son's death, "Allah will take care of him." He showed no sign of grief.

In 2015, the security forces had shot Wani's brother Khalid apparently for no reason, and Wani's had sworn vengeance.

But that would have only added to his grievance, as Wani had joined the Hizbul over six years ago, according to reports. The bottom line is: violence is an integral part of the beauty of Kashmir. Separatism in Kashmir poses a great challenge for India as a State and nation.

As does Scotland to Britain. A great number of Scots want a separate nation for themselves. In the last referendum Scotland narrowly voted in favour of "Remain". But the "Leave" faction is gaining momentum, especially in the wake of Brexit, when Britain decided to exit from the European Union (EU).

There are possibly two ways of dealing with the separatism in Kashmir. One is to use severe repressive measures. The use of force and terror brings no great dividends, unless these are of the order of a Stalinist purge. The other is democratic means; by discussion and debate.

I am not in favour of force. Issues should be discussed rather than be riddled with bullets. Given India's increasingly polarising notions of Hindutva, this is a tough call. A debate about Kashmir's independence is sure to attract violence and copious abuse. Social media comments and trolling are an indication of how the debate is likely to progress, if at all.

India, therefore, is faced with a unique challenge. The State is not, because of its democratic pretensions or, let's say, aspirations, in a position to purge Kashmir of militancy in any significant and relentless fashion.

If it were left to a leader like Stalin, the separatists, no matter, how many millions, would be no more. As he once said, "One man, one problem; no man, no problem." India is also unable to integrate Kashmiris into the mainstream by means of dialogue, despite several attempts in that direction.

This is because her democracy is immature, and cannot absorb and intellectualise a political problem that desperately demands a process of formulation of its politics, so that the issue is clear to both sides.

The moment independence of Kashmir is raised; Indians in general tend to react with defensive desperation. That means a premature death to the idea of articulation and communication.

So Wani, whose father says his son has already reached heaven, in death, will give birth to a hundred more youngsters who will project all their angst and anger into his image and start acting like him. Soon heaven will be overcrowded, and the State will have more old people than young.

It is also a kind of solution, if the Indian State is ready to wait it out. I would suggest India begin with the notion that Kashmir can be a separate entity, drawing lessons from Scotland, bring the issue out on the table, televise debates with the separatists and attempt to prove the grave errors of their position.

Argue down from the notion of independence. Wani was a mistake waiting to be made. And the Indian State made it. She must try her best not to repeat it. More of head, than of fist.

#Terrorism, #Kashmir, #Burhan Wani
The views and opinions expressed in this article are those of the authors and do not necessarily reflect the official policy or position of DailyO.in or the India Today Group. The writers are solely responsible for any claims arising out of the contents of this article.