Cabinet reshuffle: Highs and lows, and other takeaways

In 'New India', it is teamwork that will win elections.

First, it’s not a reshuffle so much as a shake-up. Surprises abound. Second, there’s an attempt to induct lateral talent in light of limited in-house resources among the BJP’s 280 Lok Sabha and 58 Rajya Sabha MPs. Third, non-performers have been ruthlessly cast aside, giving them the fig leaf of party work (Rajiv Pratap Rudy) or smaller ministries (Uma Bharti shunted to drinking water and sanitation).

No allies have been inducted. This will especially disappoint the JD(U). A mini-reshuffle therefore is on the cards when the JD(U) and (after its internal problems are sorted out) the AIADMK will get a look-in. The irascible Shiv Sena though is likely to be kept out.

The appointment of Nirmala Sitharaman as defence minister (effective Wednesday, September 6, when Arun Jaitley returns from a defence dialogue in Japan) is an out-of-the-box selection. Sitharaman brings integrity to the table, a prerequisite in a ministry bedevilled by corrupt weapons deals. 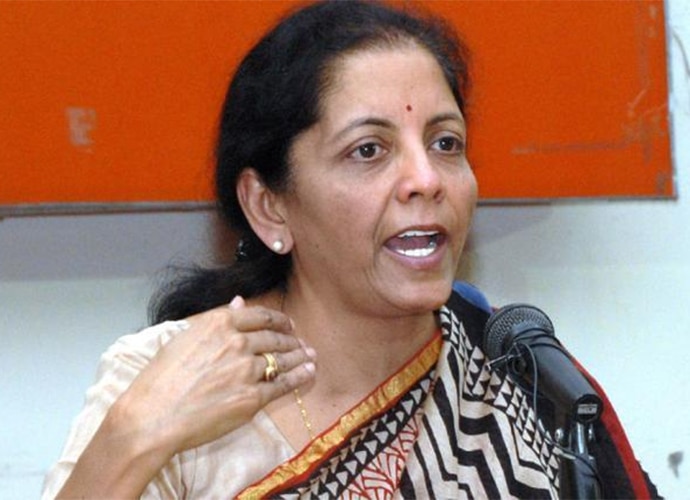 Defence ministry sources confirm that Manohar Parrikar, now chief minister of Goa, was an outstanding defence minister. “As an IIT man, he understood weapons technology,” says the source. “He was a fast decision-maker and files moved quickly under him.”

Sitharaman will face a challenge handling the ministry of defence (MoD) bureaucracy as well as India’s fraught border disputes with China and Pakistan. Several big-ticket defence deals are also in the pipeline. She will have to be tough with the entrenched MoD ecosystem and move rapidly to enhance the potency of India’s military hardware that suffered a decade of neglect and corruption in 2004-14 followed by frequent changes in the defence portfolio in 2014-17.

The presence of two women – Nirmala Sitharaman and Sushma Swaraj – in the powerful four-member Cabinet Committee on Security (CCS) is a sign of how, at least at a symbolic level, gender equality and women’s empowerment have received a boost. But till the women’s reservation bill is not passed in parliament, real empowerment of women in public life will remain a work-in-progress.

High performing transport minister Nitin Gadkari’s additional charge of Ganga rejuvenation is a snub to Uma Bharti who has done little of note in Modi’s pet project of revitalising India’s most revered but also most polluted river.

Piyush Goyal’s move to railways is welcome. Goyal has been successful in turning around India’s power sector with 78 per cent of all Indian villages now electrified. Railways though will pose a huge challenge. More than 14,000 trains run daily on India’s antiquated rail network carrying an astonishing 23 million passengers every day.

In an insightful article, Niti Aayog member Bibek Debroy – who holds MoS rank and has done much work on railways reform – including privatisation, wrote:

There have been private luxury trains. On mainstream trains, there are two reasons. First, there has to minor tweaking of legislation to permit the private sector to charge fares and those fares, after the regulator has been set up, have to be reasonable. Second, any train, public or private, requires a path, from point A to point B. Today, capacity constraints are such that it is impossible to provide that path, for both passenger and goods trains. Sure, after freight corridors, capacity constraints will ease a bit. But fundamentally, easing requires huge investments, which IR’s present financial woes don’t allow. Goyal will have to meet these challenges head-on and at the same time look to the future: on September 13, Japanese Prime Minister Shinzo Abe arrives in India to lay the foundation for the Mumbai-Ahmedabad bullet train, financed by a soft Japanese loan of Rs 98,000 crore.

Critics of Modi’s emphasis on bullet trains, when ordinary train passengers struggle with issues of safety, sanitation and punctuality, will prove a handful for Goyal, who though is both a good communicator and a workaholic.

The induction of a slew of former bureaucrats, diplomats and police officers (RK Singh, Hardeep Puri, KJ Alphons and Dr. Satyapal Singh) broadbases the cabinet’s talent pool. The appointment of politicians like Anantkumar Hegde has an eye on the clutch of upcoming state elections (including Karnataka in 2018) and the 2019 Lok Sabha poll.

Other winners in the reshuffle?

Smriti Irani who gets permanent charge of I&B (retaining textiles) and Dharmendra Pradhan (additional charge of skill development apart from oil and natural gas). Suresh Prabhu, a chartered accountant, will welcome the relative quiet of the commerce ministry after a torrid time as Railways Minister.

There are flaws though, as well, in the reshuffle. Hardeep Puri’s 40-year diplomatic experience abroad could have been better deployed in the MEA (rather than urban development and housing) with VK Singh shifted as MoS defence.

Alphons, a former commissioner of DDA, would be better suited to urban development and housing rather than tourism and IT. Former Mumbai police commissioner Satyapal Singh, with extensive counter-insurgency experience, could have been a better fit as MoS, Home

The Congress and other Opposition parties have reacted with caution to the Cabinet reshuffle. A word of advice to them: if the Opposition is serious about mounting a challenge in 2019, it should set up a formal shadow cabinet as is routinely done in Britain, allocate shadow portfolios and track each NDA minister’s performance.

That may cut into the bountiful legal work of Messrs P Chidambaram, Kapil Sibal, Salman Khurshid and Abhishek Manu Singhvi, but it will serve an important national purpose: cogent articulation of alternative Opposition policies across different sectors rather than fulminations during television debate.

For the BJP some advice too: The next mini-reshuffle should bring in the JD(U) and other current and future allies. In “New India”, it is teamwork that will win elections.

#JD(U), #BJP, #Nirmala Sitharaman, #Cabinet reshuffle
The views and opinions expressed in this article are those of the authors and do not necessarily reflect the official policy or position of DailyO.in or the India Today Group. The writers are solely responsible for any claims arising out of the contents of this article.