A look at the state's coffers does indicate short supply in their reservoirs.

Vardhe Gowda says he saw this coming in 2014. The 28-year-old's farmer father committed suicide three years ago, unable to repay the loan he took to grow sugarcane on his two acres land in Doddamullagudu village in Karnataka's Mandya district.

Fed up of perennial drought conditions despite farming in the Cauvery basin, Gowda decided to opt out of agriculture. He now works as an accountant in a transport company office in Mysore city, earning Rs 6,000 every month. With no water released for irrigation, more farmers will move to the cities, he says.

Mariam fled home in Raichur this February. The drought in north Karnataka, the worst in 42 years, made it impossible to survive. She migrated to Bangalore, where she now works as construction labour, earning Rs 250 in a day, if she gets work. It is a hand-to-mouth existence for her four children. "But back home, we would have been dead," she says.

When the likes of Gowda and Mariam are suffering as a result of extreme rural distress that is dramatically altering the demographics of the state, how can Karnataka be constantly forced to leave Cauvery water for Tamil Nadu, is the argument among the agitators in the Cauvery delta.

In Mandya, to provide visual ammunition to their angst, they put mud in paper plates and gulp the dry earth. From Karnataka's point of view, the approximately 14 TMC of water released since September 6, has seen it stretching itself beyond reasonable limits.

Irked by the impression gaining ground that Karnataka is an arrogant upper riparian state that does not want to give water to Tamil Nadu, the Siddaramaiah government is contemplating declaring the state as water bankrupt. 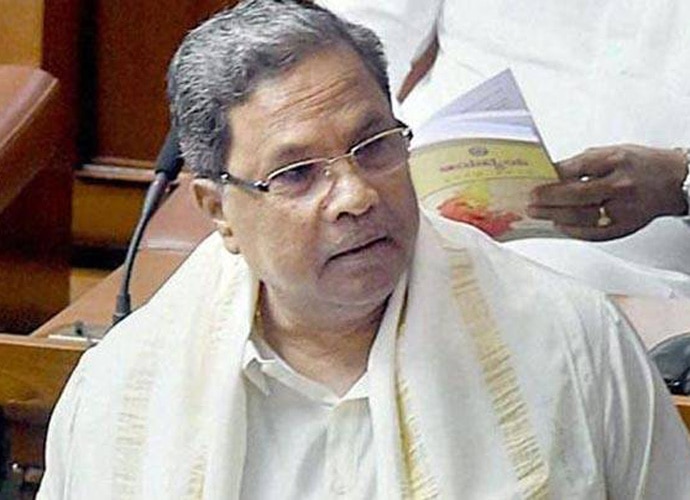 The Karnataka State Natural Disaster Monitoring Centre points out that the state received 126mm of rainfall as against the normal rainfall of 206mm. This is nearly 40 per cent lower and makes Karnataka a deficit rainfall state this year.

A look at its coffers does indicate water is indeed in short supply. Karnataka officials point to the reservoirs levels in the Cauvery basin on 20 September. While Kabini and Harangi are at 40 per cent capacity, Krishna Raja Sagara and Hemavathi have only between 15-20 per cent of their capacity.

And this is why the Supreme Court order surprised everyone. Karnataka argues that while the Cauvery Supervisory Committee, which went through technical data before asking it to release 3,000 cusecs/day for ten days; on what basis did the top court double the amount while reducing the duration to a week. In effect, it will mean more water will flow out of Karnataka into Tamil Nadu.

Karnataka is seriously mulling declaring it is in a state of drought. It was the first state to declare drought in 136 taluks in 27 of its 30 districts in August last year.

The situation was in fact so bad in north Karnataka this summer that railway stations in Gulbarga, Raichur and Bidar districts were full of people moving with bag and baggage, locking up their home and leaving their cattle behind.

Because of no water for irrigation, the total area under cultivation of paddy, sugarcane, ragi, maize and pulses, according to the Karnataka agriculture ministry, has come down by 35 per cent this year. Karnataka Farmers Federation claim 1,560 farmers killed themselves in 2015-16, highlighting the acute agrarian distress. And it will only get worse, warn farmer representatives.

But at the end of the day, much of the concern for the farmers is only lip service. The emphasis is in fact, on ensuring that Bangalore has sufficient water till June next year.

The state consumes 1,560 million litres of Cauvery water every day and for the Congress, the city is a far more important political constituency than Mandya district, which in any case is a JD(S) stronghold.

So the effort now is to ensure that even as the Congress government complies with the Supreme Court order, none of the blame falls only at its door. A special session of the Assembly could be called where Siddaramaiah can be expected to emphasise that he tried his best legally.

The BJP may come in for criticism that it could not get the prime minister to intervene even when the state was burning. All said and done, Cauvery has witnessed prime ministers intervening in the past.

The natak in Karnataka over Cauvery is moving into Act II.

#Siddaramaiah, #Tamil Nadu, #Karnataka, #Cauvery water dispute
The views and opinions expressed in this article are those of the authors and do not necessarily reflect the official policy or position of DailyO.in or the India Today Group. The writers are solely responsible for any claims arising out of the contents of this article.