Haryana chief minister and veteran BJP leader ML Khattar has said that a father must not be punished for his son's actions. Several other BJP stalwarts too have come forward to defend the accused rather than condemn his actions.

And so I present facts to awaken the BJP high command from its slumber: to prove that members of the Barala family have been committing heinous crimes that carry charges such as causing hurt, wrongful restraint, criminal intimidation — and stalking.

This was made possible as the police and the government shut their eyes to their offences. Not once, but several times.

Facing flak for diluting the high-profile stalking case, involving the son of Haryana BJP chief Subhash Barala, Chandigarh police made five mistakes that prove they were working under political influence.

1. Dropping of non-bailable sections to release the accused:

The police first added bailable sections of Indian Penal Code, such as 354-D (stalking, bailable in the first instance, non-bailable when repeated) and 185 of Motor Vehicle Act (drunken driving) and later announced that it has included Sections 341 (wrongful restraint), 365 (kidnapping or abducting with intent secretly and wrongfully to confine person) and 511 (Attempting to commit offences).

However, the charges were dropped by quoting the survivor's statement — recorded under section 164 of CRPC — saying she did not report an abduction attempt.

The Chandigarh police was caught building white lies twice — about the kidnapping attempt made by the accused Vikas Barala, and his friend and aide Ashish Kumar. When asked why section 365 or 511 (pertaining to abduction) were not applied, the police reaffirmed that the survivor did not mention the kidnapping attempt. A careful scrutiny of survivor's complaint and statement makes it evident that she used the phrase "attempt to kidnap" prominently.

Interestingly, the police official posted at Sector 26 police station, who dealt the complaint mentioned "kidnapping attempt" but did not apply section 365 — the charge relevant to the offence.

3. Cops contradict their own statements

Chandigarh police have contradicted their own statements pertaining to the investigation. DSP Satish Kumar first stated that the accused have been booked under sections 365,341 and 511 and 185 of Motor Vehicle Act. Later, the same officer said that the statement recorded under section 164 and the survivor's Facebook wall post did not match so they dropped sections 365 and 511 and released both the accused on bail.

The same officer had also said the CCTV footage of the incident was missing. SSP Eish Singhal, on August 7, said he would not comment on the CCTV footage and — within hours — his junior claimed that the police had obtained footage from five cameras.

Eyebrows were raised as the announcement was made after the ministry of home sought a report on the entire episode. Why did Singhal not comment on the footage and leave the conference midway, while journalists posed questions to him?

4. Chandigarh police didn't arrest the accused, they 'entertained' them

Both accused were arrested on paper but were, in fact, guests lodged at the Sector 26 police station. The police officials offered them cold coffee and secretly released them to save them from media glare.

Though the Chandigarh police officials clarified that they were not influenced by the association of the accused, the developments in the case suggest attempts were being made to dilute the case from the beginning. 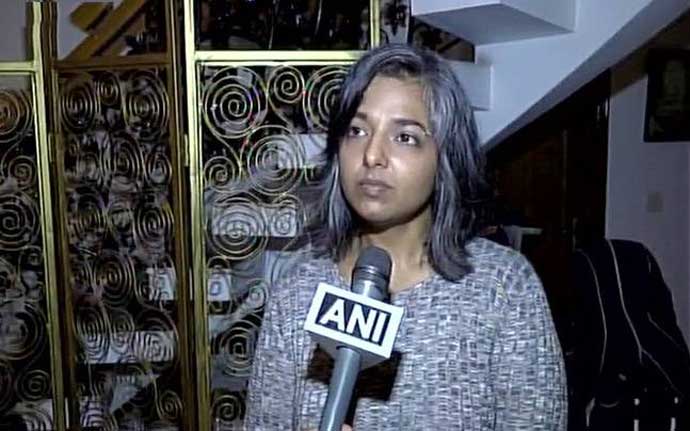 Chandigarh police did not act of their own accord, but only when they were contacted by the survivor. Photo: ANI

It was the same police that had charged 33 men under the same sections of Motor Vehicle Act, who were subsequently produced in court and sentenced to prison for a month.

There are allegations that politicians from the Haryana government and the Centre tried to influence the police.

What was the police doing when the survivor was teased, chased and harassed by the two accused? Did they monitor the incident in the CCTV control room? Where were the patrolling vehicles and PCR vans?

Evidently, the police did not act of their own accord, but only when they were contacted by the survivor.

It is beyond obvious the police turned a blind eye to Barala's wrongdoings.

What is most shocking is that while on the one hand, Vikas Barala got bail hours after the police arrested him and his friend, two of his other family members — accused of abducting a minor girl — are also roaming free.

The Fatehabad police has yet to arrest Vikram Barala and Kuldeep Barala, who are cousins of Vikas Barala. Interestingly, in this case, the police did not even register an FIR against the men till ordinary citizens blocked the roads demanding action against the accused.

#BJP, #Vikas Barala, #Chandigarh stalking
The views and opinions expressed in this article are those of the authors and do not necessarily reflect the official policy or position of DailyO.in or the India Today Group. The writers are solely responsible for any claims arising out of the contents of this article.