Chandigarh stalking case: When Mayawati was in ML Khattar’s shoes — and expelled her MLA

We cannot blame our politicians alone for shielding goons.

By now, almost everyone is aware of the report that Vikas Barala, the son of a senior BJP leader tried to molest and kidnap Varnika Kundu. The alleged incident occurred in Chandigarh on the night of August 5. The fact that the police dropped all the serious charges against the alleged accused is enough proof of the nefarious political-criminal nexus in the country.

All this happened even though the victim's father is an IAS officer and holds an influential position in Haryana government. One can only imagine the ordeal of a non-influential woman in a similar situation.

The BJP is being criticised for not only shielding the accused and his father, but also shaming the victim. 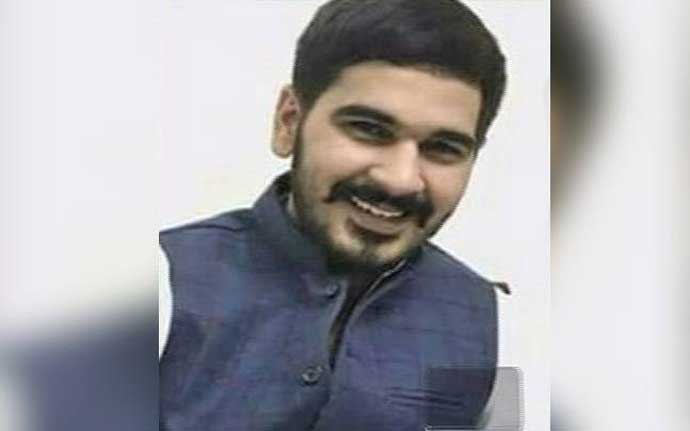 The fact that the police dropped all the serious charges against Vikas Barala is enough proof of the nefarious political-criminal nexus in the country. Photo: Indiatoday.in

Haryana chief minister Manohar Lal Khattar came out in support of his BJP colleague, telling the media that a father could not be punished for his son's crimes. I hope the BJP leader exercises the same logic the next time his party blames the Muslim community of the country for Mahmud of Ghazni’s attack on Somnath Temple.

Shaina NC, a spokesperson for the BJP, tweeted a photo shaming the survivor, falsely claiming that she could be seen drinking with the accused.

The tweet was later deleted. Haryana state BJP deputy chief Ramveer Bhatti too went on to say that it was the fault of the survivor since she had "stayed out so late".

A recent media report highlights the several cases where the sons of influential politicians have broken the law and the political machinery has backed them instead of letting the law take its course.

Rather than blaming politicians alone, we must introspect as individuals and as society. The Rajesh Khanna starrer Aaj ka MLA Ram Avtar has a scene in which the actor, addressing the public on political corruption, says, “How can you expect morally corrupt public to vote a non-corrupt politician to power”.

The same holds true for all of Indian society today. We are a nation where a crime is reported against a woman every two minutes.

Surges in literacy and a booming economy have even worsened the situation and these crimes have almost doubled in the last decade.

Truth is that most of us actually believe that if a girl is "out late" she is at fault, and any crime against her is justified. How then can we expect our politicians to act against such crimes? In the end, we are not going to vote against the goons but for our community and caste leaders. For us, women rights are never an issue.

As a nation, we have voted into power a man who deserted his wife and never acknowledged the fact till it became necessary.

We vote for politicians who think rapes are "mistakes that boys make".

It is not that no one in India ever tried to act against such elements in politics, but the experiences that follow are bad enough, so nobody else dares to repeat it.

In 2011, BSP chief Mayawati, the then chief minister of Uttar Pradesh, reacted strongly to such an encounter. Shahnawaz Rana was the BSP MLA from Bijnor. On the night of June 21-22, his nephew Saddam, along with a friend, stopped a group of people who were travelling from Dehradun to Delhi in Uttar Pradesh's Muzaffarnagar. Saddam and his aide allegedly attempted to rape and kidnap the two girls in the group. It must be kept in mind that Saddam Rana comes from a very influential political family. His other uncle was a sitting MP from Muzaffarnagar at the time. Apart from having a grip on Muslim votebank of Western UP (including Muzaffarnagar, Shamli, Saharanpur, Meerut and Ghaziabad), Rana's family also owns a lot of business in the region.

Everybody expected that nothing would happen to the alleged perpetrators of the crime as Mayawati wouldn’t upset a family that could swing Muslim votes in at least 20 assembly seats, but the turn of events took everyone by surprise. The next morning, Shahnawaz Rana was expelled from the party so that his position did not affect the probe. A Special Task Force (STF) was asked to handle the case and the main accused, Saddam Rana sent to the jail and slapped with a non-bailable warrant.

And what happened next was expected. During the next year’s Assembly elections, a large number of Muslim voters — along with Shahnawaz Rana — deserted the BSP.

As the owner of "Shah Times", a widely read Hindi daily in Muzaffarnagar, Saharanpur, Bijnor and Meerut, Shahnawaz Rana ensured that Muslim voters of the region believed in his victimhood and deserted BSP.

If we want our politicians to take upright decisions against goons indulging in crime against women with impunity, we have to ensure that we — as a society — don’t rally behind criminals and choose them as our leaders.

We need to instil the confidence among politicians that if they take stern actions, ordinary citizens too would be with them. Otherwise, we cannot blame our politicians for shielding such goons.

#Crime Against Women, #Varnika Kundu, #Vikas Barala, #Chandigarh stalking
The views and opinions expressed in this article are those of the authors and do not necessarily reflect the official policy or position of DailyO.in or the India Today Group. The writers are solely responsible for any claims arising out of the contents of this article.