Both are reaching out to the same group of voters. But there are strong differences in the political language and emotive styles of both these leaders.

Bahujan politics is going through a process of churning. Chandrashekhar Azad, a Dalit youth leader, is fast emerging as a challenger to Mayawati’s politics.

Mayawati has remained the undisputed Dalit-Bahujan leader for almost 30 years now. While Mayawati did face rivals from within her own Bahujan Samaj Party (BSP), almost all of them became irrelevant with time. Dalit youth leader Chandrashekhar Azad is trying to take on Mayawati in UP. But is that as easily done as said? (Source: Facebook)

The new challenger, coming from outside the BSP, however, is more formidable.

Bhim Army chief Azad recently organised the Bahujan Hunkar Rally at Jantar Mantar, with an aim to garner the support of Dalit leaders opposed to Mayawati.

Azad has spent a long time in jail following allegations of involvement in the Saharanpur and Shabbir Pur caste violence cases.

Over the years, he has emerged as a Dalit youth icon. Azad, just like Gujarat leader Jignesh Mevani, is also a product of a strong Dalit civil society movement which has seen determined thrusts towards social upward mobility alongside strong political formations.

After the caste violence at Shabbir Pur in Uttar Pradesh, in which people from the upper Thakur caste group allegedly attacked people belonging to the Scheduled Castes, Azad reportedly tried to mobilise Dalits along new extremist lines, at variance from the traditional Dalit-Bahujan mobilisation patterns.

After his release from jail, Azad has vowed support to the Mahagathbandhan and to fight against the BJP in the 2019 Lok Sabha elections. He also tried to mend bridges with the BSP chief by saying that he and his ‘bua’ Mayawati have the "same blood". However, this was a remark that Mayawati was quick to rebuff, reportedly calling it political opportunism. Mayawati is said to have stated, “Some people in order to realise their vested political interests, some in their defence, while some in order to look young are trying to forge different relationships such as brother-sister and bua-bhatija (aunt and nephew) with me.” 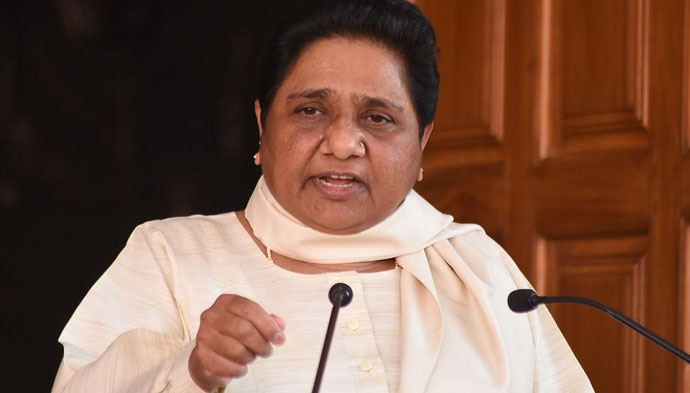 BSP chief Mayawati faces a new challenger. Will she be fazed? (Source: PTI)

It is clear Mayawati sees Azad as a political challenger. She is also uncomfortable with the Congress as she feels the Dalit votes might shift from her to the grand old party which talks of inclusivity and welfare. For the longest time, Dalits had voted for the Congress. This, sections of the BSP fear, could happen again.

So will Azad prove to be a real challenger to Mayawati?

Azad has already declared himself a potential candidate to fight against PM Narendra Modi from Varanasi.

While Azad seems to be influential among SCs in some parts of western Uttar Pradesh, Mayawati’s influence is still very deep among Bahujan-Dalits, especially among Jatavas, who see her as an identity icon.

My ground work suggests Dalits identify with the BSP as their own party and are ready to rally behind Mayawati. While it is true that many are disenchanted with her, they still prefer Mayawati over others.

Though Azad may succeed in creating some doubts in the minds of Mayawati’s traditional voters, he will still not be able to challenge her political hegemony.

Azad speaks the language of conflict — Mayawati is working to create an electoral sarv-samaj, which is a language of synthesis.

The real challenge for Azad is to evolve a new language which will help him connect better with the Dalit electorate. He has already working towards that goal. His dropping of the ‘Ravan’ suffix from his name was a reflection of course-correction.

Azad may be closer to the Congress but he can’t join the party because doing so would weaken his appeal as a Dalit leader. However, continuing alone too wouldn’t be easy. He needs to work patiently with the community and try to gain their trust.

It will take longer but would be more effective for his political career in the long run.

At this moment, he may succeed in wooing a small section of Jatavs in western UP — which won’t translate into any substantial harm for Mayawati.

Azad must tread with caution and with patience. Many, including Mayawati, will watch his progress.

Also read: Rise of Bhim Army: Is western UP gearing up for another political churning?

Post your comment
#Mayawati, #BSP, #Bhim Army, #Chandrashekhar Azad
The views and opinions expressed in this article are those of the authors and do not necessarily reflect the official policy or position of DailyO.in or the India Today Group. The writers are solely responsible for any claims arising out of the contents of this article.