What India should expect from the next Chief Justice, Dipak Mishra

His first task is to heal the Supreme Court.

Conversely, Chandrachud was Chief Justice for 7 years, 4 months and 19 days. It is the luck of the draw.

Mishra’s predecessor Khehar was Chief Justice for just under 8 months. Some Chief Justices have been true jurists (virtually all before the Emergency) and certainly Chandrachud, Bhagwati, Jeevan Reddy, Venkatachaliah and Sabharwal after the Emergency.

So far, Khehar has been the most imperious, treating the office like a sultanate. Hopefully, Mishra will not go down that route. He has till October 2018.

How do we judge a future Chief Justice of India? Not all have been meritorious. If we go by performance, Dipak Mishra is sound on law unlike Khehar. Although former (CJI) Justice Ranganathan Mishra was his uncle, his appointment was not based on patronage.

His career in the Supreme Court includes the death sentence in the Nirbhaya case, denial of stay of execution in the Yaqub Memon case in a post-midnight hearing, making uploading of FIRs mandatory, a balanced judgment in the UP Corporation case, insisting on proper data before giving reservation in promotion, and his judgment on obscenity.

His big failure was not to decriminalise defamation. This warped his general approach to free speech cases.

As a judge, his experience stretches from being a judge in Odisha to Madhya Pradesh and Chief Justice of Patna and Delhi.

His latest manoeuvre is to hear the Babri Masjid case, which successful Chief Justices have deliberately left fallow, hoping for a negotiated settlement. 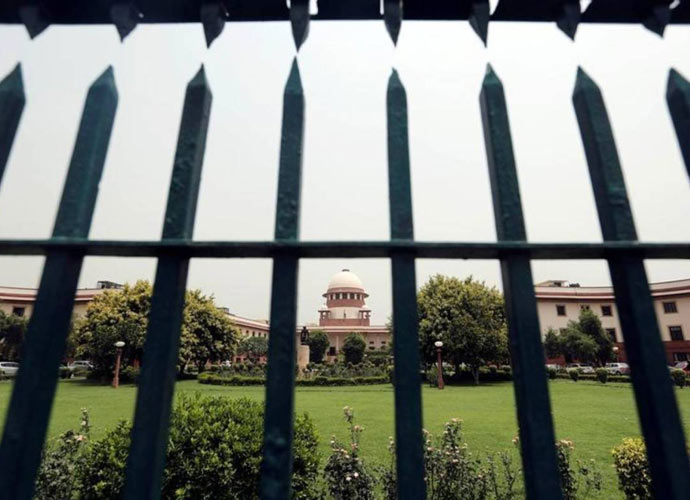 One of the main problems is arrears in the Supreme Court. Photo: Reuters

Mishra’s peculiarities include his supposed love for the English language. Replying to me in court, he professed that his alternative professional ambition was to be a professor of English.

Unfortunately, this has led him to write strange judgments. In the criminal defamation case, his opening paragraphs were rightly described as gobble-de-gook. In this, he has been compared to Krishna Iyer, but wrongly so.

Iyer crafted his sentences adding embellishment using language as a tool and camouflage. This is not the case with Mishra who wears his penchant for imagined language on his sleeve.

What will he be as a Chief Justice? His first task is to heal the Supreme Court. Khehar’s sultanate divided the court and the bar because he assumed that the Chief Justice’s power was absolute. This shattered the view that the Chief was the first amongst equals with some administrative and allocative powers.

Second - and on the same wave length - he will have to restore the collegiate nature of the CJI’s office. The CJI is not always the best judge or jurist of the court. Although Gajendragadkar thought so and managed the court on that basis, he had to contend with Subba Rao, Hidayatullah, Shah and others.

When CJI Das retired in 1959, he spoke of the various junior judges who were stars in their own right. Although such a navratna does not exist today, it would be fitting to set aside ego issues and bring the court together.

Third, he has to make six Supreme Court and several high court appointments. The big question in people’s mind is whether he will make these convivially with the government breathing down his neck or whether, consistent with the collegiate spirit, he will consult his colleagues.

Under the judges’ cases of 1993, 1999 and 2015, he is mandated to consult only a collegium of 3 and 5 for high court and Supreme Court appointments, respectively. This closeted approach made several Chief Justices undertake minimal consultations. Mishra should consult widely among his colleagues. These are dangerous times to obviate a Hindutva judiciary sponsored by an all-powerful government.

One of his principal problems is arrears in the Supreme Court. Different Chief Justices have dealt with this differently. One way is the hatchet example.

Third, remand matters to the high court to increase their arrears. Fourth, treat all cases for speedy disposal.

Today, the Supreme Court fails to give justice in many matters. Mishra will have to look for better solutions. The Supreme Court is crying out for a divisional structure. Public law, civil, criminal, tax. End the randomness.

Mishra is capable of achieving this without compromising the independence of the judiciary.

#Supreme Court, #JS Khehar, #Dipak Mishra, #Chief Justice of India
The views and opinions expressed in this article are those of the authors and do not necessarily reflect the official policy or position of DailyO.in or the India Today Group. The writers are solely responsible for any claims arising out of the contents of this article.