The Convention of 1890 was entered by the King of Great Britain on behalf of India before Independence.

On June 16, 2017, Chinese People's Liberation Army (PLA) entered the Doklam area and attempted to construct a road. The Doklam area lies at the junction between China, North-Eastern India of Sikkim and Bhutan and is currently disputed between Beijing and Thimphu. On July 3, 2017, a Chinese Foreign Ministry spokesperson claimed that the area of Doklam was well demarcated and it belonged to China in view of the Convention signed between Great Britain and China on March 17, 1890, at Calcutta.

As per Article (1) of Convention of 1890, it was agreed that the boundary of Sikkim and Tibet shall be the crest of the mountain range separating the waters flowing into the Sikkim Teesta and its affluents, from the waters flowing into the Tibetan Mochu and northwards into other rivers of Tibet. The line commences at Mount Gipmochi, on the Bhutan frontier, and follows the above-mentioned water-parting to the point where it meets Nepal territory.

However, Tibet refused to recognise the validity of Convention of 1890 and further refused to carry into effect the provisions of the said Convention. In 1904, a treaty known as a Convention between Great Britain and Tibet was signed at Lhasa. 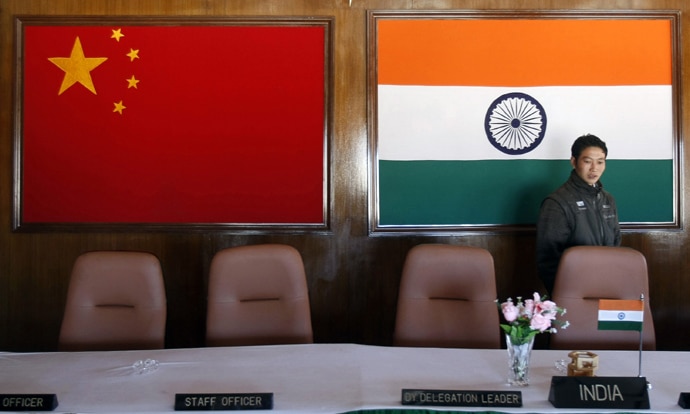 The Convention of 1890 was entered by the King of Great Britain on behalf of India before independence and around the time of independence, the Indian Independence (International Arrangement) Order, 1947 was notified by Secretariat of the Governor-General (Reforms) on August 14, 1947.

The Order provided, inter alia, that the rights and obligations under all international agreements to which India is a party immediately before the appointed day will devolve upon the Dominion of India. Therefore, in terms of Order of 1947, the government of India is bound by the said Convention of 1890. However, India's affirmation of the Convention of 1890 was limited to the alignment of the India-China border in Sikkim, based on watershed, and not with respect to any other aspects.

Moreover, the White Papers released by the Indian government elicit that during the Sino-Indo boundary negotiation, the Chinese constantly took a stand that since the Sino-India border had not been delimited between the two countries as sovereign nations, India could not claim the (ill-gotten) legacy of British India and that it did not stand by any treaties negotiated by anyone presuming to represent Tibet or China before the year of revolution in 1949.

Therefore, now China is itself estopped from claiming any dominion over Doklam in view of the Convention of 1890 or any other subsequent communication.

#Doklam, #Indo-China border, #Convention of 1890, #China
The views and opinions expressed in this article are those of the authors and do not necessarily reflect the official policy or position of DailyO.in or the India Today Group. The writers are solely responsible for any claims arising out of the contents of this article.

The author is a lawyer in the Supreme Court of India.