Pakistan has adroitly played its cards — with respect to the US in the past, and China in the present. However, terrorism is fungible.

China is known to be a Machiavellian power. It has an exalted sense of self. Colonisation and civil war have left deep scars. In lining up behind a terrorist, Jaish-e-Mohammed founder Masood Azhar, Beijing has lived up to its reputation of an economic behemoth that lacks the wisdom of a geopolitical superpower.

Saving Masood Azhar from being designated as a global terrorist is largely symbolic. Jamaat-ud-Dawa (JuD) chief Hafiz Saeed has a $10 million bounty on his head but continues to freely preach sectarian hate under the protection of the Pakistan Army. Designating Azhar a global terrorist at the United Nations Security Council (UNSC) would change nothing. The Jaish is already a proscribed terror group but gets funds and weapons from Pakistan without fetter.

This is why China’s obduracy over Azhar is striking. It has miscalculated the geopolitical cost of its support for Azhar. As a putative great power poised to challenge the global economic and military supremacy of the US, China should have cut its losses over Azhar and earned global respect. Instead, it has earned global infamy. For China, Masood Azhar is not so much terrorist as security guarantor for the CPEC. (Photo: AP)

In what will be a slap on its face, the other 14 members of the UNSC, including four veto-carrying permanent members (France, Russia, Britain and the US) who voted to designate Azhar as a global terrorist, could as soon as next week call for a full discussion and vote on the issue. China will have to defend its indefensible position at the UNSC. It will be a rare humiliation for Beijing. As one UN diplomat said coldly: “If China is serious about terrorism, it should not protect terrorists from Pakistan or any other country from being held accountable to the council.”

By protecting a terrorist proxy of the Pakistani Army, China is playing with fire. Terrorism lurks on its border. Islamist terrorists in Pakistan-occupied Kashmir (PoK) and Gilgit-Baltistan are enraged by Beijing’s brutal treatment of Uighur Muslims in Xinjiang. Over a million Muslims remain in prison-like detention camps. The objective, China says, is to de-radicalise them. At the same time, Beijing protects radicalised Islamist terrorists in Pakistan.

The two objectives are so contradictory that even the mandarins in Beijing are aware of how unsustainable they are as a cogent strategy. India’s diplomacy with China has oscillated between resolute and conciliatory. Over Doklam, firm resolve paid dividends. China backed down and lost face. There is nothing Beijing dislikes more than losing face. It internalised the setback and recalibrated its strategy towards India.

At the informal Wuhan summit, President Xi Jinping played the good host, telling Prime Minister Narendra Modi that China and India must stand together in a challenging global environment. Modi accepted the Wuhan spirit as a new beginning in India-China relations. He has been proved wrong. China is as hostile to India as it was pre-Doklam.

Xi’s obsession with the Belt and Road Initiative (BRI) lies at the heart of Beijing’s antipathy towards New Delhi. India is the only major regional power that has opposed the BRI and the China Pakistan Economic Corridor (CPEC) which is a key conduit of the BRI linking China to the oil assets of West Asia. For China, the Jaish and Azhar are not so much terrorists as security guarantors for the CPEC. According to ORF, a think tank, China expects to have around “5,00,000 Chinese nationals living in Gwadar port city by 2022.” The Chinese are transactional. They have made a bargain with Pakistan over the CPEC. That involves using a terror group like the Jaish to keep insurgents at bay in Gwadar, located in Balochistan, Pakistan’s largest and most restive province. If anti-Pakistan terrorism from Baloch insurgents thrives there, the CPEC will be severely compromised, placing the entire BRI in jeopardy.

India has mishandled its China policy for over 60 years. In the 1950s, India reportedly erred in ceding a UNSC veto-carrying permanent seat to China. Whatever the truth, it lies in the past. India is today not bereft of leverage with China. Beijing continues to be caught in a damaging trade war with the US. It is reviled by littoral states in and around the South China Sea, including the Philippines, Vietnam, Japan and South Korea. 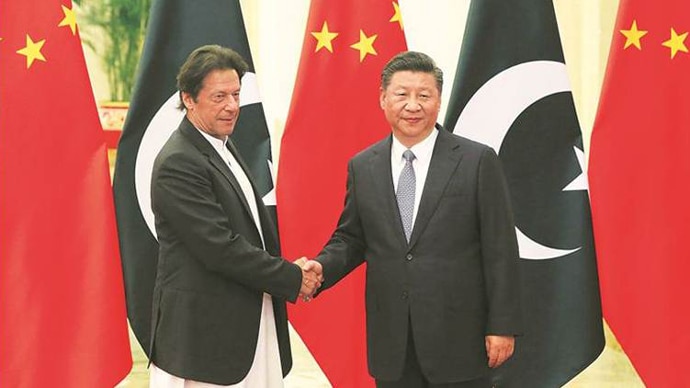 As an upcoming economic and military superpower, China should have cut its losses of Masood Azhar. Instead, it has earned global infamy. (Photo: AP)

China cannot afford to directly confront the emerging India-US strategic alliance. India is the balancing pole in this triangular relationship. India’s economy is set to be the world’s third largest by 2030, a fact the Chinese are keenly aware of. Their transactional relationship with Pakistan is uncannily similar to the US-Pakistani alliance of convenience after the 1989 Soviet invasion of Afghanistan.

Both — the US then, and China now — see Pakistan as a necessary evil. Islamabad has played its cards adroitly. But terrorism is fungible. Those who use terrorists as arms of the state (as Pakistan does) or as security against other terrorists (as China does) will reap the whirlwind.

As China draws increasing global criticism for backing Masood Azhar, India must deploy all the levers it possesses to pressurise Beijing, including India’s own growing market and China’s biggest Achilles heel: Taiwan.

Also read: Great Wall of India: How we can punish China for its Masood Azhar slight, and its attempt to interfere in our elections

#China backing pak terrorism, #CPEC, #Masood Azhar, #Jaish-e-mohammed
The views and opinions expressed in this article are those of the authors and do not necessarily reflect the official policy or position of DailyO.in or the India Today Group. The writers are solely responsible for any claims arising out of the contents of this article.