How far will China go to back Pakistan against India?

Beyond the rhetoric of all-weather allies, the actual extent of Beijing’s embrace of Islamabad is much less grand than often portrayed.

As India evaluates its options in responding to Pakistan after the Uri attacks - this week’s India Today has a comprehensive cover story examining the entire breadth of options - it has to also contend with the China factor.

China’s military, economic and diplomatic support to its "all-weather ally" has often been cited by strategic analysts as "emboldening" Pakistan’s provocations.

But beyond the rhetoric of "all-weather" allies and relations "higher than the Himalayas", the actual extent of China’s embrace of Pakistan is, in reality, much less grand than often portrayed by both sides.

So far, China’s calculations in engaging Pakistan have been driven as much by self-interest as solidarity, which explains why more often than not, its actual delivery of support has far lagged beyond the rhetoric - in fact, even dwarfed by American financial and military assistance in many respects, particularly since 2001.

First, militarily, China has certainly played a key role in bolstering Pakistan’s capabilities, from joint-production of the JF-17 fighter (even if it is far from China’s best technology) to submarines. Yet, there are limits to how far even this close military-to-military relationship goes.

Both sides haven’t entered into any formal security arrangements, despite proposals from Pakistan that go back many years that could compel involvement in each other’s wars. Few in Beijing would advocate intervening in any conflict between India and Pakistan.

In 1965, it took Soviet pressure to ensure China didn’t think of any misadventure. Beijing’s mandarins, unsurprisingly, often like to point to 1971 instead, when the US wanted it to intervene but it chose not to. So the likelihood of a two-front war remains remote for the time being.

Second, economically, in the decade leading up to 2011, China’s total pledged assistance to Pakistan was $66 billion. A modest amount for two allies, but what is remarkable is that the actual amount that came through was even less, amounting to a paltry six per cent, according to a RAND study cited by Andrew Small, a China-Pakistan expert at the German Marshall Fund, in his book The China Pakistan Axis.

The important question as far as India is concerned is that if it succeeds in isolating Pakistan - for instance, by getting the US and other countries to cut off all assistance - will China step in to fill the void? 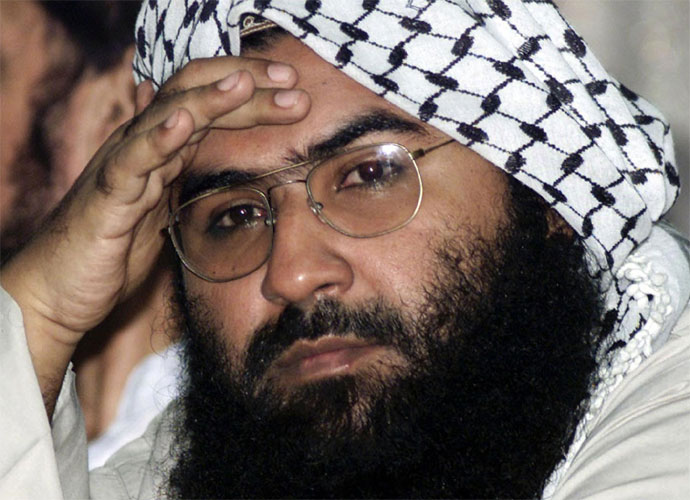 In the past year, Beijing placed a technical hold on India’s bid to sanction the Jaish-e-Mohammad chief Masood Azhar. (Photo: Reuters)

This is unlikely. Small tells me that in his view "they wouldn’t backfill US financial support like-for-like", although "the commitments of loans, investments and even some grants are still going to be there on a significant scale".

China’s primary concern now is its "China Pakistan Economic Corridor" plan, which Beijing envisages as a network of highways and energy projects linkings its Xinjiang region, through PoK, to the Arabian Sea port of Gwadar in Balochistan.

There is much that is opaque about the CPEC, starting with the total investment. Pakistani officials describe it as a $46 billion-plan, which involves $11 billion of infrastructure projects plus $ 35 billion in energy plants. Yet Chinese officials have never publicly confirmed the figure, and repeatedly insist that the money will only go on a case-by-case basis after their companies have scrutinised the viability of specific projects. This means that very little of the $46 billion figure may actually flow into Pakistan in the immediate future, and there is no guarantee.

In fact, there is already disquiet among some in Beijing about the viability of the CPEC and other overseas investments at a time of tightening at home.

A September 13 article in the Global Times, an influential tabloid that has been very supportive of closer China-Pakistan ties, even warned it would be "unwise to put all its eggs in one basket" when it comes to Pakistan. While it was "unlikely that China will change its supportive attitude on the CPEC in the short term", the article said “the increasing cost of security is becoming a big problem in efficiently pushing forward the projects".

But where the CPEC does matter is that it is pushing China away from its oft-declared stand of "neutrality" on Kashmir. That it is preparing to be deeply invested in Pakistan’s economic success - and in PoK’s development - means it is also far more willing to back Pakistan diplomatically, at the cost of India's interests.

In the past year, Beijing placed a technical hold on India’s bid to sanction the Jaish-e-Mohammad chief Masood Azhar. After the Pathankot and Uri attacks, it is still far from certain if Beijing will budge when the issue comes up again at the United Nations Sanctions Committee.

But even on terror there are limitations to how far Beijing will go, notes the author Small, with global support - not just Pakistan’s support - becoming increasingly vital for China with the emergence of dozens of Uighur jihadists in Syria. So they can’t afford to purely politicise it, he suggests, although they will have Pakistan’s back if they feel it coming under "undue pressure".

That Pakistan is figuring centrally in China’s diplomacy was all the more apparent when the 48 members of the Nuclear Suppliers Group met in Seoul in June. China stymied India’s bid by insisting that the group first agree on criteria for all countries that haven’t signed the Nuclear Non-Proliferation Treaty, before discussing any specific case.

This left little doubt in the minds of Indian and other diplomats that Beijing was trying to equate India’s bid with Pakistan’s, despite the latter’s dubious track record of proliferation. Beijing has also ignored the NSG’s concerns by selling Pakistan nuclear reactors, in contravention of the group’s guidelines, shortly after the US obtained a waiver for its civilian nuclear deal with India.

This is why, going forward, "the Pakistan factor to play a much bigger role" in India’s relations with China, says Hu.

This may mean reconsidering its cautious approach that has often belied the lofty rhetoric. Doing so, however, could well come at a cost for Beijing.

#China, #Uri attack, #Pakistan
The views and opinions expressed in this article are those of the authors and do not necessarily reflect the official policy or position of DailyO.in or the India Today Group. The writers are solely responsible for any claims arising out of the contents of this article.