Time to squeeze the dragon: How India can and should checkmate China

A long delay in a cogent response against China is ceding them a window to rework their strategy.

The Dragon is upset and indignant. The journey to regain its hallowed ancient civilisational stature of Zhong Guo, the Centre Kingdom, is not going smoothly. Its carefully articulated national strategy with a long-term goal towards the grand return of a ‘Great China’ appears to have run into a Kalbaisakhi of the Indian Monsoon.

The resolute actions in Ladakh, paid for in blood, have sent a clear signal to the world and especially China that it has to contend with India and cannot brush it aside to the margins of geopolitical inconsequentiality. Beijing’s series of actions in the blinkered pursuit of its national interests has been a strategic miscalculation with unintended consequences, as suggested in my previous thought share. 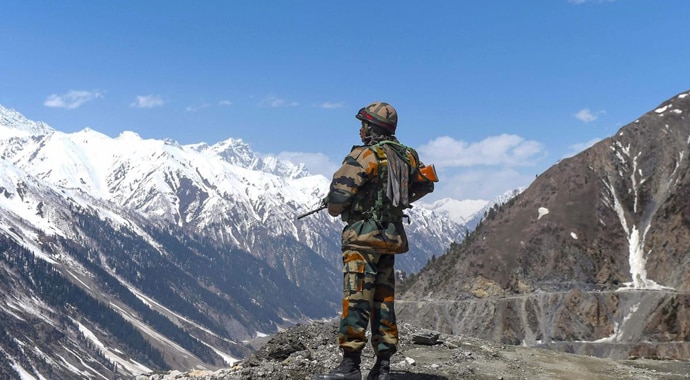 The strong reactions from almost all its recent regional ‘targets’, and the upward spiral of pushback from the US, has taken it by surprise. The Chinese expediency to tone down the situation in Ladakh seems to answer the question: “Will China push to alter the status quo with India militarily and run the risk of rendering itself vulnerable along its seaboard?” posed previously. The state councillor and foreign minister Wang Yi’s remarks to NSA Ajit Doval on July 5, towards a full and enduring restoration of peace and tranquility on the Line of Actual Control (LAC), and at the China-US Think Tanks Media Forum on July 9, are telling in this regard.

Imagine the scenario if the violent clash with lethal consequences on the night of June 15-16 at patrol point 14 in the Galwan Valley, had not happened. It is extremely unlikely that the Chinese would have de-escalated from the area, and would have instead continued their build-up towards creating a new normal to dominate the vital Darbuk-Shyok-Daulat Beg Oldi road. The road is vital to the Indian Army as a logistics connect, and no less important is the DBO airfield a vital air head at the base of the Karakoram pass. Also, its strategic location vis-a-vis China’s western highway, the Xinjiang region, and in the larger construct of the China–Pakistan Economic Corridor (CPEC), all of which greatly worry the Chinese. And yet on July 5, Yi stressed that “both sides instead of posing threats should pay great attention to the complex situation, work together and turn it around as soon as possible”. He also hoped: “India could work together with China to guide public opinion and avoid amplifying differences and complicating matters towards the big picture of the Indo-China relations.” While a full return to status quo ante by the People's Liberation Army (PLA) is a moot issue, the initiation of measures to roll back from the hair trigger situation, is of greater importance to the Dragon’s international image, than it is to India.

Meanwhile, in response to China’s five-day military exercises in the Paracel Islands in the first week of July, the Pentagon’s statement was clear: "The latest in a long string of PRC actions to assert unlawful maritime claims and disadvantage its Southeast Asian neighbours in the South China Sea."

It is no coincidence that two carrier strike groups of the US Navy set sail for the region, one flat-top from its home port in Japan and the other from Philippines, to exercise South East of Hainan Islands. The two carrier strike groups, exercising in the SCS after several years, were supplemented by US Air Force B 52 nuclear capable Stratofortress bomber, from the bomber task force in mainland USA. Yi’s remarks on July 9 had a distinct conciliatory tenor. He stated that while lives were under grave threat with the raging Covid-19 and the world economy was in deep recession, ‘more alarmingly’, the China-US relations is faced with the most severe challenge since establishment of diplomatic ties. He petulantly complained: “It seems as if every Chinese investment is politically driven, every Chinese student is a spy, and every cooperation initiative is a scheme with hidden agenda.”

Beijing has blinked first, primarily because of the US military actions in the region, but also to some extent because of the near coincidental timing of India’s swift and aggressive joint military response. The overwhelming Indian media reaction, hawkish and ultra-national, which some consider uncalled for, definitely contributed to the perception of a belligerent India. This underscores the fact that the Communist Party of China (CPC) cannot risk going up the escalatory ladder, either in rhetoric or its coercive actions, which could lead to a two-front situation. Despite its recent perception management efforts in the media to project a strong modern military, the fact is that it cannot take on the US militarily. It also cannot take the chance of even a limited war with India as it is not sure of the outcome, especially with an adverse security situation on its East and South seaboards. A simultaneous and continuing deterioration in the ECS, SCS and the Indo-China LAC, is the worst nightmare to Beijing.

The jury is going to be out for a long time on the future of India-China relations. But it is unlikely that there will be any dramatic improvement in relations, or accommodation of India as a regional power, and definitely no resolution of the boundary problems, under the present CPC dispensation and leadership. Another Wuhan in the near future would remain under the Galwan shadow. Trust takes long to build, and how does one trust a proven adversary, who has shown consistent disregard and respect for international norms, treaties and agreements? Not anymore.

It is evident that the existing border mechanism has had its time in contributing to peace and tranquility. It has actually given the Chinese a convenient exit option out of every border transgression over the years. In our eagerness to ‘manage the border problems’ and downplay them in the larger interests of peace, stability and economic engagements, we de-hyphenated the two issues.

This has been exploited to the hilt by the Chinese in keeping the border issue on a low burner, tactically salami-slicing away, and all the while it developed and expanded its own mobility access, logistics links and infrastructure. The Chinese army was thrown off-balance by the Indian response. (Photo: Reuters)

China’s rapid military modernisation and reorganisation has served to create a perception of a powerful adversary, getting stronger by the day in its capabilities and capacities. Extensive and increasing coercive use of its military power in the region helped strengthen the image. In comparison, the Indian military on the other hand, despite its combat-proven experience, significant capabilities and credibility, has been underrated and portrayed as the underdog, by most Western and many Indian security strategists, analysts and academia.

Fact is that it has won all its wars, except the one in 1962, which today is increasingly acknowledged that had the Air Force been used offensively, the outcome may well have been different. Even with reduced inventories, slow modernisation and myriad challenges, India is a potent military power. Both our adversaries know this; which is why there has been an increasing military collusion in the recent years. India may be at a disadvantage in the military bean count, but the history of warfare is replete with Davids who have brought down Goliaths. The exceptional battle-proven combat skills, tough training standards, unmatched courage and resolve of our armed forces, are in itself a war winning asymmetry against mere numbers.

Armchair conservatives and pragmatists who underrate them, need to study the history of warfare more closely. It would be unfortunate to not exploit India’s significant military power more effectively. In the present circumstances, with the continued pressure being exerted on the Dragon by the US and supported by the regional pushback, the military instrument must be leveraged strategically, and not limited to a tactically narrow border management issue.

In the absence of an articulated national security strategy, the political, diplomatic, economic and military actions tend to get addressed in silos. An all-of-government strategic approach, leveraging all pillars of comprehensive national power, in a strategic coincidence of interests with friends, has become imperative and is possibly already at work. Every vulnerability from the Uighur issue, Tibet, Taiwan, the SCS, etc, along with overt, active and long-term re-engagements with our immediate neighbours, key players, and fast-track development of air power capability in the Andamans - the gateway to Malacca strait, must be considered in the strategy.

Formulation of a comprehensive strategy needs time; execution takes longer and outcomes, more so. Under the circumstances, a long delay in a cogent response against China is ceding them a window to rework their strategy. The advantage of dealing with an unsettled and rattled Dragon would be lost.

This is where military power can be used to sustain the pressure, which buys time for an all-inclusive approach to be implemented. An Op Parakram-like redux, tailored to the current situation, would drive home a strong ‘enough and no more’ geopolitical message.

It is a strategic opportunity to signal to the Dragon and its serf that India has reached an inflection point in its geopolitical standing. A jointly planned, coordinated and executed strong military posture by all three services, prepared for the long haul, campaign season or not, will certainly impact the Chinese mindset. True, such a step at this point would be adding to our economic pressure, but we are an immensely resilient people.

It is time to signal to all that the justified aspirations of 1.3-billion-strong nation cannot be stymied. Not exploiting our military power comprehensively to keep the pressure on now could be an opportunity lost and a strategic mistake. Not standing up resolutely now will give the PRC the space to revert to its game plan at a later stage.

By then, it would have also grown stronger economically and militarily. Remember, for all the ‘peace and harmony’ doublespeak, the wolf warrior only respects strength and power.

Also Read: How Beijing’s bluff has been called

#Indo-China relations, #Chinese expansion, #Chineseaggression, #China
The views and opinions expressed in this article are those of the authors and do not necessarily reflect the official policy or position of DailyO.in or the India Today Group. The writers are solely responsible for any claims arising out of the contents of this article.