We're yet to see PM Modi walk his environmental talk

Contrary to international appearances, the Modi government's record on ecology and pollution in India is a woeful let-down.

Narendra Modi, as Prime Minister, has never held a press conference. He prefers to rely on meticulously choreographed media events. Yet, despite the best efforts of his team, on September 5, 2014, Mr Modi was asked a question which he neither expected, nor was prepared for. In an interaction with school children, one of the young participants asked the PM about his position on climate change. 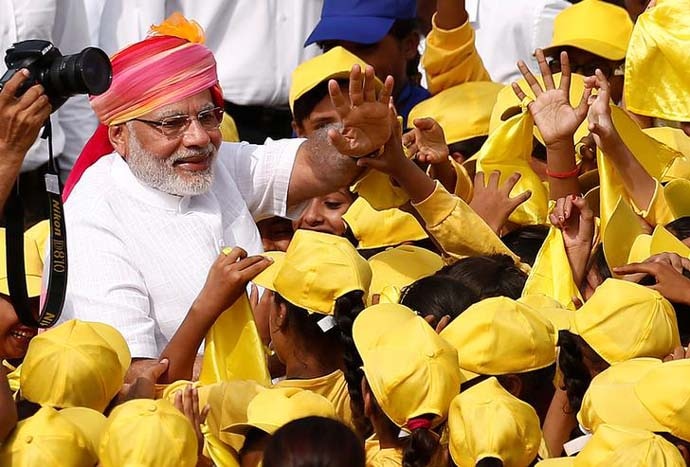 Their generation will face the fall-out. Their questions are most important. (Representative photo: Reuters)

Mr Modi, in a response that has since gone viral on the internet, ‘explained’ to the children that climate change was nothing more than people responding differently to the climate as they aged. In a patronising summation of homespun wisdom, he concluded, “The climate doesn’t change, you change!”

The children and the nation were left stunned, while the PM, still basking in the warmth of his electoral success, moved on.

Four years hence, it is clear that that response merely highlighted the tip of Mr Modi’s apparent apathy to environmental causes. Today, Mr Modi appears as a great champion of the environment in global forums — and has even received a prestigious award from the United Nations Environment Programme (UNEP). 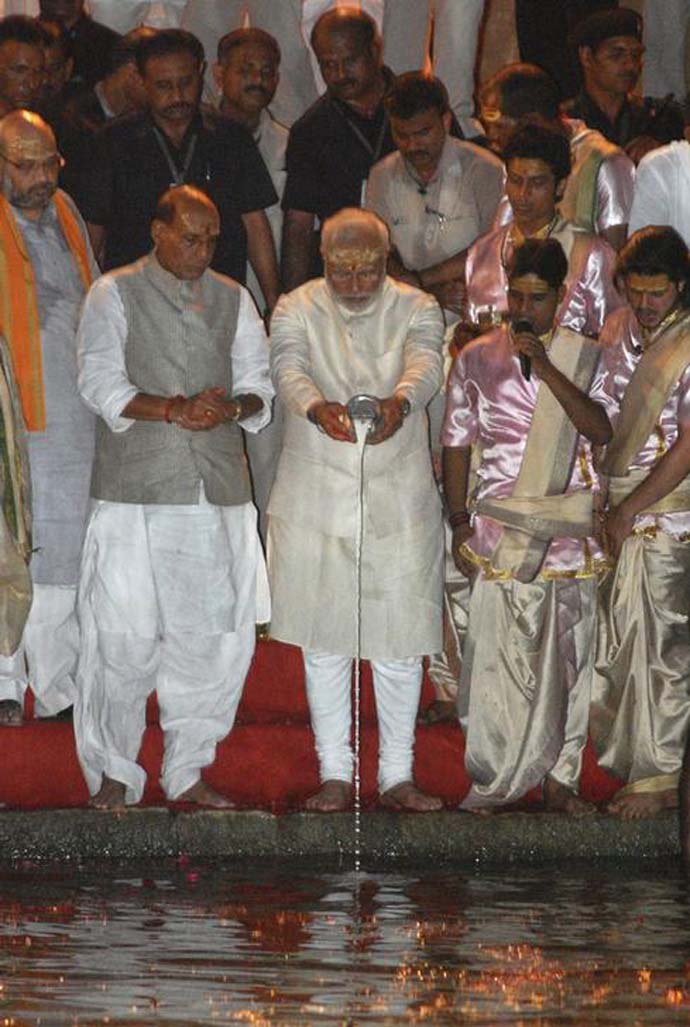 But his domestic track record tells a different story.

Other than aggressively pushing for solar energy, which was inevitable given rapidly falling costs, most of his government’s actions are reportedly severely detrimental to ecological balance. The Ministry of Environment, Forests and Climate Change now judges its mandate apparently as speedy clearance of projects — and not the protection of the country’s natural resources. In the name of ease of doing business, environmental laws, regulations, rules and institutions are reportedly being systematically emasculated.

The settlement of ownership rights of tribals and other traditional forest dwellers enshrined in the Forest Rights Act of 2006 is no longer a pre-requisite for environmental and forest clearances of projects. The Coastal Regulation Zone Rules, 2011 have undergone a major change. This will change the face of our coastal areas only for the purported benefit of real estate developers at a time when increase in mean sea levels is a reality. 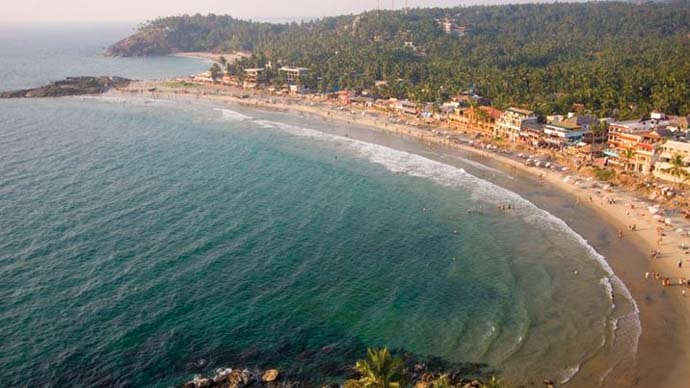 Fears have grown over how long such coastlines will remain undisturbed. (Photo: Reuters)

Approvals for diversion of forest land for non-forest purposes, regulated by the Forest Conservation Act of 1980, are being facilitated reportedly without appropriate due diligence with doors purpotedly being opened for the privatisation of our forests.

The very idea of minimum environmental flow in rivers like the Ganga and its tributaries has been questioned — and once again, the construction of large dams is back on the agenda. Nirmal (clean) Ganga will just not be possible without Aviral (uninterrupted flow) Ganga. Interlinking of rivers — which will have devastating environmental impacts — is being pushed with the Ken-Betwa link in Madhya Pradesh; almost ready to go. This will evidently destroy the Panna tiger reserve. 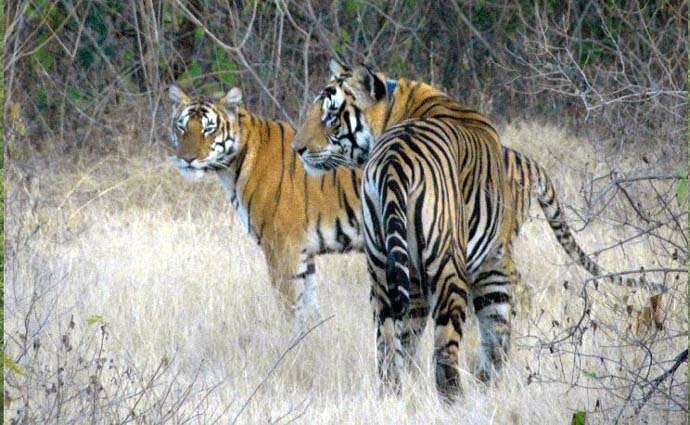 It's not just us. The Earth belongs to them too. (Photo: Panna Tiger Reserve)

Multi-lane highways that will fragment national parks, sanctuaries and wildlife corridors are under construction. The National Green Tribunal, which was emerging as an important citizen voice in protecting natural resources, has been significantly weakened. Environmental regulations governing expansions of coal projects have been relaxed and pollution standards for thermal power plants, which were to be implemented in 2017, have till date not seen light of day. 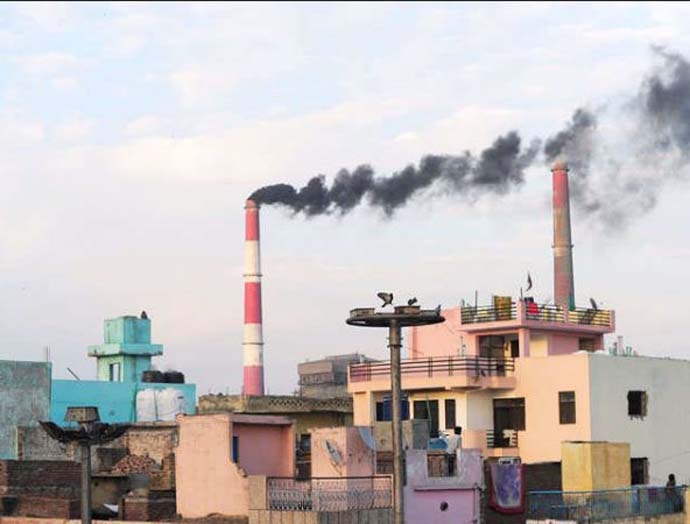 This litany of woes can be expanded.

Interestingly, the rhetoric certainly strikes the right notes and is, for the most part, in the right direction — but what matters are actions, and it is here that Mr Modi's regime has been shown up badly. In its single-minded pursuit of ever-increasing GDP growth, the regime is putting the country's precious biodiversity at risk, our wonderfully variegated natural resources at risk.

India cannot afford the "grow now, pay later" model advocated by the administration which suggests, let's have two-three decades of single-minded pursuit of economic growth and worry about its environmental impacts and consequences thereafter.

Four factors make such a model totally unacceptable for us.

First, we will be a nation of some 1.7 billion in about three decades time and we cannot be oblivious to the needs of the coming generations.

Second, climate change is already a painful reality and India is most vulnerable — the changing nature of the monsoon, the retreat of the Himalayan glaciers, the increase in mean sea levels along a coastline of some 7,000 kms and increasing deforestation are evident. 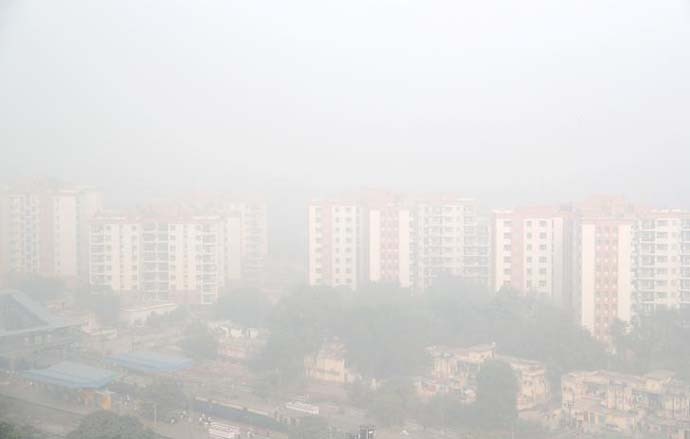 Third, pollution is already having serious morbidity — and even mortality impacts — and has emerged as a major public health concern.

Fourth, unlike in many other countries where environmentalism is linked with lifestyles, in many parts of India, ecological concerns relate to the livelihoods of the poor and vulnerable sections of society. Tough choices have to be made if growth is to be rapid but also sustainable at the same time. Dr Manmohan Singh's government recognised this reality and did make such choices — much to the chagrin of the corporate sector.

Over the past four years, however, the mindset has completely changed and the Modi administration has treated environmental groups and activists with disdain. Civil society groups active in the field of environmental conservation have become an endangered species themselves. It is one thing to say that environment and development have to go hand-in-hand, as Mr Modi often does. That sounds reassuring, even if somewhat trite.

But what counts is not what you say but what you do. And judged by this yardstick, Mr Modi has shown that, contrary to the impression he seeks to create internationally, his administration is dangerous not just, in my view, to democracy but to ecology as well.

Also Read: With GD Agarwal's passing, India has lost a mighty heart. And a bit of its own self

#National Green Tribunal, #Forest Rights Act, #Narendra Modi, #Environment
The views and opinions expressed in this article are those of the authors and do not necessarily reflect the official policy or position of DailyO.in or the India Today Group. The writers are solely responsible for any claims arising out of the contents of this article.