India needs a resurgent Congress, and Bengal has proved that the Opposition can best the BJP handsomely if it wants to.

The Assembly election season for this year is finally over. This was probably the most difficult season ever, considering how the country was battling the second wave of Covid-19 while at the same time trying to decide which governments to choose, who were all more than happy to temporarily abdicate their responsibilities to either hold onto power or gain power.

The centre of attraction this season was of course West Bengal. It was, after all, the biggest state (in terms of population) to go to the polls this year. With CM Mamata Banerjee eyeing a third term and the BJP hoping to build upon its success from 2019 to form the very first Sangh-affiliated government in the home state of their ideologue — Syama Prasad Mukherjee, it was a power-packed poll. The results, as we all know, were anticlimactic for the BJP. The All India Trinamool Congress (AITC) came back with a greater majority than before, winning 213 seats — an increase of two seats. But AITC also faced a setback with CM Banerjee losing to her former protégé, Suvendu Adhikari, in Nandigram. 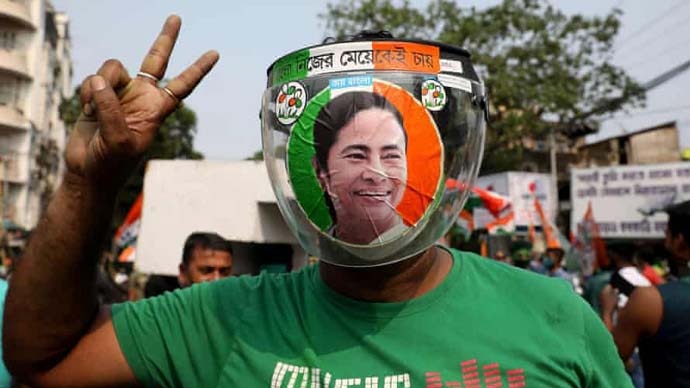 The AITC came back with a greater majority than before, winning 213 seats. (Photo: Reuters)

However, the AITC’s phenomenal performance, wherein it actually increased both its seat share and vote share even after being in power for 10 years, came in at the cost of the third front. The ISF-Left-Congress Sanjukta Morcha alliance was decimated with only the newly formed ISF being the sole constituent winning one seat. The Congress went from 44 seats in 2016 to zero seats now, while its vote share crashed to 2.93 per cent from 12.25 per cent in 2016. The AITC’s gain has been analysed to be mostly at the cost of the Sanjukta Morcha, with most of their base — especially minorities from the Congress bastions of Malda and Murshidabad districts — deserting the party and consolidating behind the AITC. This is yet another state that the Congress has been routed from a phenomenon plaguing the party since 2014. Yet nothing seems to be done to change that.

Contrast this to AITC after their debacle in the 2019 Lok Sabha elections. Trinamool lost 12 Lok Sabha seats and had to settle for 22 seats then. With the Vidhan Sabha elections only two years ahead, the AITC supremo and West Bengal CM Banerjee sprang into action by hiring the Prashant Kishore-led IPAC to turn her political fortunes — a move that has certainly paid off handsomely.

While parties like the AITC swiftly assessed their losses and went back to the drawing board to make the changes required, the Congress, both in Bengal and the rest of the country, dragged its feet like a wounded animal refusing to make any changes. It has been two years since their second Lok Sabha debacle in a row, and the party still does not have a full-time President. The lack of proactive initiative and a lack of interest to understand the changing landscape of Indian politics is really hurting what is supposed to be India’s oldest political party and the principal Opposition.

Not only is this setting Congress back electorally, but is also hurting India’s democracy. Without an effective pan-India Opposition, it is nearly impossible to hold the government of the day accountable in our Westminster system. A resurgent Congress is required for a healthy democracy in India.

While the phenomenal of groundwork the party’s youth wing, headed by BV Srinivas, is worthy of praise, one cannot help but feel bad for him because while the groundworkers and the various wings of the party are trying their best to help India and the party, the high command seems to be caught snoozing once again. The fact that the party's establishment does not recognise the changing landscape of Indian politics is scary. 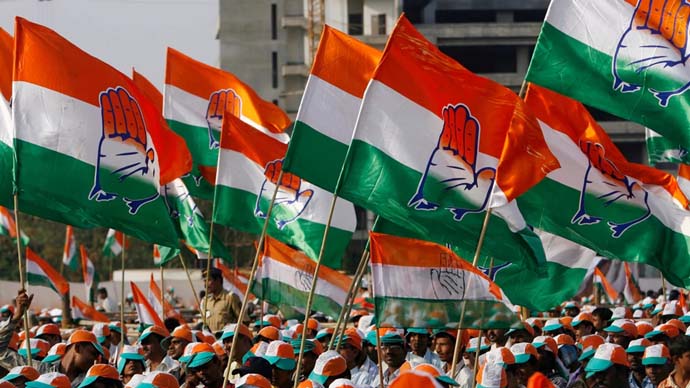 A resurgent Congress is required for a healthy democracy in India. (Photo: Reuters)

Post-2014, India has become a country that enjoys a presidential style of campaigning. Congress lost out on Kerala and Assam by wafer-thin margins, despite putting up a good fight. This is only because they did not project CM faces, which has now become a requirement. This was also one of the contributing factors to the BJP’s debacle in West Bengal.

Not making sweeping reforms within the party, like making all their different organisational posts elected and electing a full-time President makes the party weak and also projects a weak image to the public. When a party is so incompetent that it hasn’t had a full-time President in two years, how do they think it will inspire confidence in the voters? Indian voters are notorious for not wanting to waste their vote. So when they see a particularly weak entity, they prefer not to waste their vote on them. This is exactly what happened to the party in its Bengal bastions of Malda and Murshidabad, which for the first time in forever were breached by another party (AITC).

Next year is a bigger year for state elections, with India’s most populous state — UP going to polls in March. At the end of next year, PM Modi’s home state of Gujarat will go to polls. This is a state that Congress almost won in 2017. Being the only credible Opposition in Gujarat, the party can build on its 2017 performance if it gets serious by reforming its high command so that it can inspire confidence in voters and does not come across as a snoozing and ailing entity. The work that Youth Congress is doing in the Covid-19-ravaged Gujarat can also be capitalised provided they make the necessary changes — both at the national level and the state level to shake off this state of inertia they seem to be in.

India needs a resurgent Congress, and Bengal has proven that the Opposition can best the BJP handsomely if it wants to. But for that, it needs to show that it is active, present, aware and in the mood to engage in Khela. The party now urgently needs a full-time acceptable and popular President and more sweeping reforms within its ranks to show the country it has the winnability factor and is no longer in a state of inertia.

It needs to show initiative by hiring the right people to drive its poll strategy so that it can build upon the discontent against the government that clearly does exist in the country which it has so far failed to harness. Trinamool’s victory shows that it is indeed possible to defeat the ever-so-powerful BJP despite all the odds being stacked against them, if one is determined enough to do so.

#Assembly elections 2021, #BJP, #Trinamool Congress, #Congress in crisis
The views and opinions expressed in this article are those of the authors and do not necessarily reflect the official policy or position of DailyO.in or the India Today Group. The writers are solely responsible for any claims arising out of the contents of this article.