The Congress government has its own share of problems and these have become rallying points for the BJP leaders.

Karnataka is 17 months away from facing its next Assembly polls and the BJP is quietly mobilising support at the grass roots level for its campaign, "Congress-free Karnataka".

Led by former CM BS Yeddyurappa, the BJP believes that this unique campaign over the next few months will help the party in consolidating its votes apart from making inroads into the Congress bastions.

Yeddyurappa, who has been absolved from a majority of the corruption cases filed against him, feels that the BJP's prospects of returning to power are strong.

The campaign will be intensified from January when Yeddyurappa tours Karnataka.

The Congress government has its own share of problems and these have become rallying points for the BJP leaders.

Yeddyurappa makes it a point in every public speech to corner and humiliate the Congress leaders.

He has been drumming up support from within the party to make the campaign effective in order to regain lost ground, especially in coastal and north Karnataka regions.

The principal objectives of the campaign include reviving the Hindutva agenda to gain public sympathy.

Members of the BJP and its affiliates, including the RSS, Bajrang Dal, and VHP, have been instructed to invoke issues affecting the majority.

Embedded in the Hindutva agenda is the support for the party cadre. Any attacks or assaults on member organisations are being glorified, particularly in their strongholds.

The latest incident, wherein a Bajrang Dal leader alleged a petrol bomb attack on his car by miscreants in the Kodagu district on Monday, is likely to remain in news for a week at least, as the party leaders want to make an issue out of it.

Such incidents have been on the rise in the past ten months, with the BJP seizing every opportunity to politicise the issue. 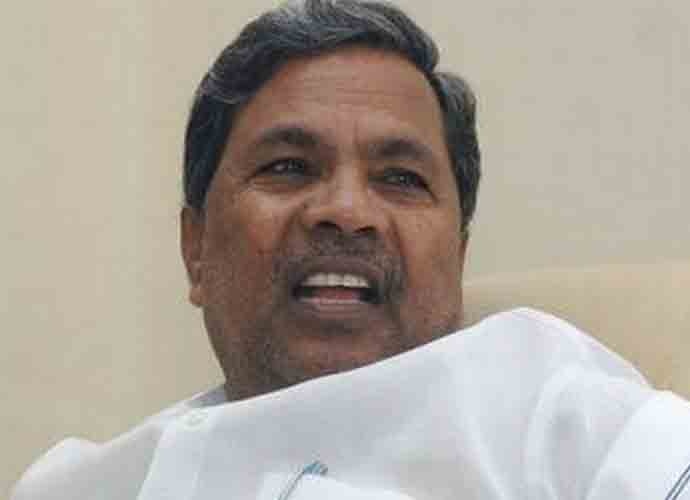 Last week, it was the controversial birth anniversary celebrations of Tipu Sultan. Last month, it was the murder of party cadre R Rudresh that kept the BJP leadership busy.

The murder, followed by the political fallout, prompted the police to impose prohibitory orders in Bangalore, once again attracting the nation's attention.

The BJP is alleging that political violence against its cadre has increased in the past 18 months.

The party intends to make this issue its poll plank. While investigation by the police into these attacks is still on, the BJP has shortlisted six deaths of its workers to be highlighted in its public meetings and party forums.

Senior BJP leaders say that the Congress-free Karnataka campaign aims to bring the pitfalls of the ruling Congress involving Hindutva issues to the public domain.

Many of them say that the BJP should maintain the momentum throughout 2017 to reach its goal.

Yeddyurappa has enlisted the support of younger leaders in the party to ensure that the momentum is maintained by picking on incidents that are not in the limelight.

It will be interesting to see how Siddaramaiah counters this campaign over the next two years.

The chief minister has been dismissing such campaigns as "daydreams" of the BJP, but it is a fact that the campaign will impact the Congress during the elections.

The Congress is already facing it share of trouble, including rebellion within the party, ministers getting caught in scams or on the wrong side of the law. Siddaramaiah's hands are full, managing the government and the party affairs.

The Congress' insiders feel that it will be too late for Siddaramaiah to react if he ignores the BJP's campaign now.

But first, the Congress has to set its house in order.

The party is yet to find a suitable replacement for home minister G Parameshwara, who also happens to be the president of the Karnataka Pradesh Congress Committee (KPCC).

Unless the KPCC gets a new leader who can focus on countering the BJP politically, Siddaramaiah alone cannot take on Yeddyurappa.

Post your comment
#Congress, #BS Yeddyurappa, #Siddaramaiah, #Karnataka
The views and opinions expressed in this article are those of the authors and do not necessarily reflect the official policy or position of DailyO.in or the India Today Group. The writers are solely responsible for any claims arising out of the contents of this article.