Elections 2017: Is Modi ushering in a culture of true federalism?

He can end the noxious culture of non-cooperation between a central government ruled by one party and state governments ruled by a different one.

To borrow from the parlance of traditional Indian statecraft, the BJP’s recent four-state coup is a Digvijaya or a “conquest of directions”. From Uttar Pradesh and Uttarakhand in the north to Manipur in the North-East to Goa in the west, this conquest has been truly unparalleled and will remain memorable for a long time.

Electoral successes apart, there is an overarching and fundamental theme at play here. To begin with, we can consider what Masti Venkatesha Iyengar, the doyen of Kannada literature, wrote in his editorial in Jeevana magazine in January 1961:

Sampurnanand’s faction’s recommendation was defeated. He got ready to resign from his chief ministership as well. But the majority in the Congress State Legislative Committee put out a decision asking him to continue.

The Congress party at the Centre took notice of these differences in the State Party Committee… in the end, it was said that Nehru’s opinion was that it was in the interests of the future of the State Congress Party that Sampurnanand had to resign and Gupta had to become chief minister.

Because this decision wasn’t acceptable to the majority in the State Committee, it was to be debated at a party meeting. But the meeting itself was postponed because - again - the said decision was unpopular. When the meeting finally happened, it was attended by central ministers Sri Govind Ballabh Pant and Sri Lal Bahadur Shastri. Both argued that the committee should not reject Nehru’s opinion because such a rejection would damage Nehru’s prestige.

Merely because PM Nehru’s prestige was at stake here, the committee elected Gupta as the party leader. But a majority of Sampurnanand’s supporters claimed they had no freedom as far as elections to the State Party Committee were concerned. In which case, what was the point of remaining as members of the Legislative Assembly? They vocalised their discontent thus, and issued a statement that they would not participate in the government that Gupta would form.

Sampurnanand resigned and was shunted off to Rajasthan in 1962 as its Governor, heralding the unfortunate precedent of appointing party loyalists and spent political forces to gubernatorial positions. Chandra Bhanu Gupta became the CM three times non-consecutively, never completing a full term. Among others, his achievement includes setting up the Motilal Nehru Memorial Society, which gives a clue to what follows. 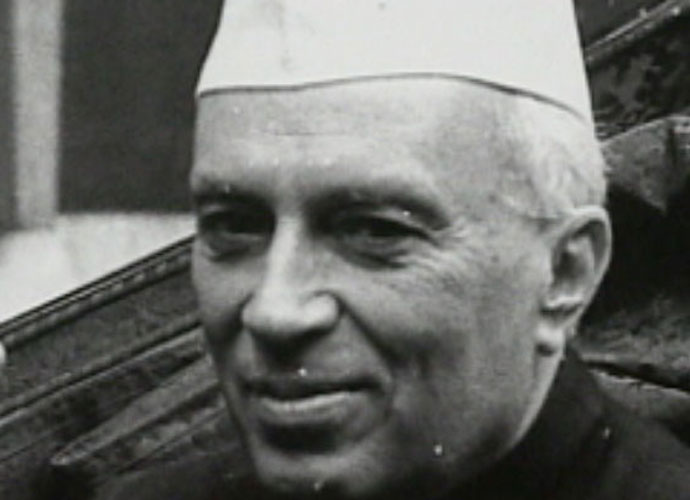 Nehru’s unconstitutional dismissal of the first non-Congress government in Kerala set the precedent.

Masti Venkatesha Iyengar devotes substantial ink to paint an accurate but disgusting picture of how this infighting plagued all Congress-ruled states in India - from Andhra Pradesh to Assam to Kerala to Mysore (now Karnataka) to Tamil Nadu - and how this would eventually reduce the nation’s fledgling democratic politics to inter and intra-party enmity.

That this occurred so early after independence and in a party that ostensibly continues to appropriate all credit for winning India’s freedom should count as a profound tragedy. Masti also observes that all the disgruntled roads in the Congress eventually stopped at the doorstep of Nehru’s personal prestige.

Cut to a decade earlier. Michael Edwardes in his biography of Nehru - banned in India upon publication - gives us a first hand account of Nehru’s campaigning style in the first General Elections of India in 1951:

Nehru’s election tour of 1951 was a repetition of that of 1937. He talked of broad and incomprehensible issues and almost never of the local candidate. It was always Congress the liberator from British rule, Congress the hope of the future, never the Congress of the present. The campaign was an immense and rather pathetic confidence trick played on those who knew only too well the corruption of the local Congress officials. Nehru continually made a plea for faith and despite their experience the masses gave it to him… the whole election was essentially a travesty of democracy.

The present indeed is in many ways an eerie continuation of the past. How different are Nehru’s great grandson’s continuing campaign speeches invoking the Congress of Nehru, the Congress of Indira and Rajiv Gandhi?

Some of the roots of the problem lie in the fact that Nehru wasn’t fully decolonised. His experience with colonial rule was limited to a rather superficial understanding of its physical and economic excesses but not the psychological and cultural damage and subjugation, which is infinitely harder to reverse. And of which he was himself the prized victim. Rebuilding shattered self-confidence on a national scale is much tougher than instilling confidence afresh.

Neither did he have any experience in governing a new democracy of an ancient culture and civilisation which was used to a different system of governance for millennia and about which he was thoroughly ignorant and therefore despised. Indeed, there’s a dire need for a dispassionate study of the governance system and social life under the Princely States. In any case, Nehru simply took over the reins left behind by the colonial British and became every inch the “last Englishman to rule India,” a badge he was proud to wear. There is far more to democracy than just a race for Lok Sabha and Rajya Sabha numbers and allied pursuits.

To this was added his toxic fascination for Soviet Russia and the person of “Marshal” Stalin. In short, Nehru created an all-encompassing central command-and-control Indian state, which didn’t take into account the countless regional and local aspirations. Even worse, it rode roughshod wherever it encountered opposition.

As the Sampurnanand and numerous other historical episodes show, everything had to be subordinated to the prestige of Nehru. And a command-and-control state also has to throw constitutional propriety to the winds as a prerequisite to enforce its diktat at will.

Even in this case, Nehru’s unconstitutional dismissal of the first non-Congress government in Kerala set the precedent. From then on, the path down this slippery slope only intensified under his daughter, Mrs Gandhi who officially instituted the culture of Congress High Command high-handedness. As this Firstpost article shows, the number of Congress state chief ministers dismissed by the Nehru dynasty is legion.

The consequences of ignoring local aspirations were predictable. Factionism, breakaways from the Congress, separatist movements, and the consequent spectre of coalition governments stitched with an alphabet soup of regional parties, which went on to become kingmakers. The casualty has been a weakened and fissiparous Indian nation and state, and a near-paralysis on the development front.

But now, with a decisive mandate at the Centre and serial Assembly electoral victories, PM Narendra Modi has a historic opportunity to undo this and restore a true sense of federalism in the Indian body politic.

Modi can also end the noxious culture of non-cooperation between a central government ruled by one party and state governments ruled by a different one. Indeed, he should know this more than any other leader: it’s now well-known how he was hounded by the UPA when he was the CM of Gujarat. The Joint Conference of Chief Ministers that he called in 2015 seems to be a step in that direction.

Equally, the emergence of competent and performing BJP CMs is a hopeful sign. And even among the non-BJP chief ministers, opposing voices are increasingly fewer in number except perhaps the likes of Mamata Banerjee.

Indeed, there is far more to democracy than just a race for Lok Sabha and Rajya Sabha numbers and allied pursuits. Among other things, it was also this overarching goal - if not ideal - that the Prime Minister’s victory speech on Sunday conveyed.

Also read: Rahul Gandhi must read up on Nehru to revive Congress

Post your comment
#Assembly elections 2017, #Nehru, #Congress
The views and opinions expressed in this article are those of the authors and do not necessarily reflect the official policy or position of DailyO.in or the India Today Group. The writers are solely responsible for any claims arising out of the contents of this article.

The writer is a technologist, author of Tipu Sultan: The Tyrant of Mysore, the English translator of SL Bhyrappa’s Aavarna, and independent scholar.