It's a tool to combat terrorism already being used by the US and other nations.

It sounds bizarre and ridiculous too if such a suggestion comes from a former intelligence man and that too of the Research and Analysis Wing (RAW). But it should not be construed as incompetence or ineptness of intelligence agencies; more so a tool to combat terrorism, a tool already being used in various parts of the world. And India should not be an exception in trying it out.

Without hesitation, I should admit that all intelligence agencies in the world, including the RAW, pay money for information vital to national interests. This is an international phenomena.

The US's secretary of state legally authorises rewards for information for arrest and conviction of international terrorists targeting America. Its Bureau of Diplomatic Security’s justice program has a long list of terrorists where bounty is determined according to criminal stature and enormity of the act.

Osama bin Laden had a bounty of $25 million on his head, and it worked. In August 2010, an ISI officer from Pakistan, Brigadier Usman Khalid, met Jonathan Bank, a CIA operative at the US embassy, in Islamabad and offered to reveal details of Laden's hideout in exchange of the bounty.

When the bounty deal was finalised, on the basis of the information of this mole, the compound of the house where Laden was residing in was put under satellite surveillance.

Dr Shakil Afridi, another CIA operative, a physician, was deployed to cross-check the information in the guise of an official working for the polio eradication programme. A close aide of Laden, Ibrahim Saeed Ahmed and his brother, who were living in the house where Laden was hiding, were also put under surveillance by the CIA.

Despite all the operational build-up, the US, when it launched operation “Neptune Spear” (the raid on Laden) on May 2, 2011, wasn't 100 per cent whether the person it was going to take down in the operation was Laden.

The rest is history now, but the most dreaded terrorist of the century was hunted and killed, thanks to the bounty on his head.

The US state department has announced a bounty on top international terrorists under its “Rewards for Justice Program”. This reward system was established after the bombing of US missions in Beirut and Kuwait, and the Marine barracks attack in Lebanon in 1983 by PLO militants.

How is the bounty amount calculated? It's an unconventional method. The US state secretary is authorised to set the bounty based on the type of threat a particular terrorist poses to the US people or property. This price is subject to review depending upon the ground situation, whether the threat level is likely to escalate or vice versa. 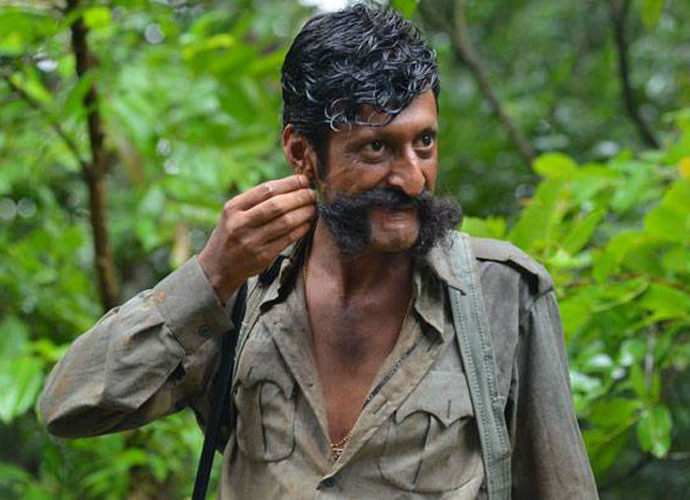 India could not on its own soil capture smuggler Veerappan for 30 years despite offering a reward of Rs 5 crore on his head. (Photo credit: India Today)

The process of determination of amount is more art than science, calculated on the basis of impending expenditure for combat operations in that part of the globe. The US administration claims it a success, saying that many high-profile terrorists have been neutralised for a sum of $125 million paid to more than 80 informants.

In the aftermath of the 26/11 attack in Mumbai by Lashkar-e-Tayyeba terrorists, an US intra-agency rewards committee headed by then secretary of state Hillary Clinton was convened to determine the bounty on mastermind Hafiz Saeed.

The case was later reviewed in the larger dynamics of US-Pakistan relations, particularly the prevalent Afghanistan situation. Saeed mocked the US over the bounty in Rawalpindi and said he was willing to share his location and schedule with US officials.

What is clear from this is that the US has different yardsticks for terrorists – it keeps its interest paramount – and that despite the heinous crime masterminded by Saeed, the bounty on him was smaller since his act was committed against another country not the US.

In Pakistan, "rewards for justice" has become a remunerative trade and is thriving on well-organised rackets in defence establishments. People from different countries, including women and children, have fallen prey to Pakistani bounty hunters.

They are abducted or arrested on false accusations of terrorism and sold to the US authorities operating in Pakistan. There is no third agency to cross-check the details of such terror detainees.

Amnesty International disclosed that “enforced disappearances are a growing phenomenon spreading beyond terror suspects to Baloch and Sindhi nationals. Afghanistan nationals are the worst targets”.

Former Pakistani dictator General Pervez Musharraf had disclosed in his memoir In the Line of Fire that “we have captured 689 and handed over 369 to the US. We have earned bounties totalling millions of dollars”.

Thus, Pakistan has used the "rewards for justice" programme to settle scores with political opponents since there is no mechanism to stop rights violation there.

In view of the US diktat to neutralise international terrorists, why should India not offer bounty on the heads of Saeed, Maulana Masood Azhar, Syed Sallauddin, Dawood Ibrahim and other terrorists operating from Pakistani soil?

Despite other intelligence options in the pipeline to neutralise terrorists and dons, bounty declaration would have political repercussions too in Pakistan since its Army and intelligence nurtures terror outfits.

More so, greed for big money may bring dividends from Pakistan where treachery has been long established and even capitalised on by Indian intelligence.

India should not hesitate to admit its limitations, however. Dawood has been an elusive fugitive for more than 25 years. Sallauddin is a softer target for Indian agencies in comparison to Saeed or Azhar Masood.

Last and not the least, India could not on its own soil capture Veerappan, the sandalwood smuggler of Karnataka, for 30 years despite offering a reward of Rs 5 crore on his head. Veerappan killed 197 people, including 97 police and government officials. Many Sikh militants operating abroad also have a "reward" for their arrest.

Yet, the Indian government should give a try to the bounty idea.

#Bounty, #Osama Bin Laden, #Counter terrorism
The views and opinions expressed in this article are those of the authors and do not necessarily reflect the official policy or position of DailyO.in or the India Today Group. The writers are solely responsible for any claims arising out of the contents of this article.