'Cows are safer than women in India.'

Should Aadhaar-like unique identity be given to cows? Well yes, if a report by the Centre placed in Supreme Court has to be believed. The Modi government has submitted a report to the top court suggesting this seemingly absurd idea in the guise of checking cow smuggling across the India-Bangladesh border.

The report says that the Centre is trying to push a project which would cost thousands of crores in order to ascribe a unique identification number to the bovine wonders of India. In fact, this suggestion may be seriously taken up by a committee headed by the joint secretary (home) in the pretext to check cattle smuggling across the border.

While the Opposition has called the idea "ridiculous", many citing that it's a wasteful expenditure with no real benefits except to serve the cow protection lobby that is increasingly flexing its political muscles, it seems the Modi government is rather serious about the issue.

The UID for cows brigade, however, says that this would help in taking care of abandoned animals, keep a track of cattle being smuggled through states and across the international border with Bangladesh, better manage cow shelters, special care provisions and helping dairy farmers in distress.

In fact, the Centre is also mulling a new scheme for farmers who would be given incentives to not sell cattle that are past the milk-producing age. The Centre also says that UID for cows would help track the breeds better, help in cross-breeding, with details of age, breed, sex, lactation, height, body, colour, horn type, tail switch, special marks etc.

To the extent that UID for cows might help lessen the impact of practices like the Jallijattu, with a more scientific approach to cattle upkeep and crossbreeding. 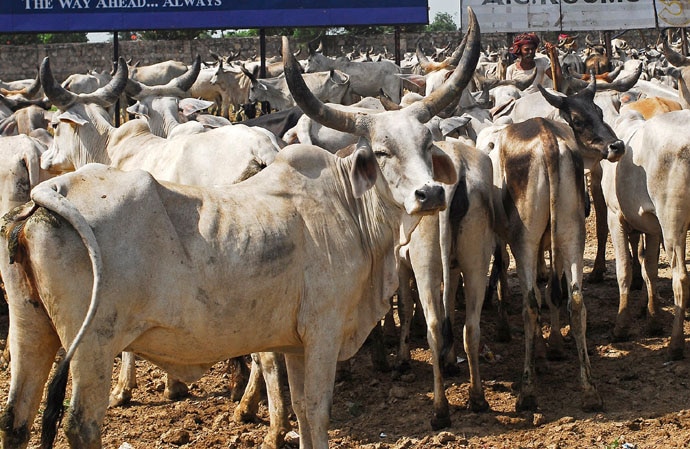 Should cows have a unique identity and should the governement spend thousands of crores in undertaking this mammoth but questionable project?

But we need to ask is this the right time to implement this project when far more urgent and immediate problems are crying out loud for the government's attention? When farmers are committing suicide in Tamil Nadu, Andhra Pradesh, Karnataka, does it befit the Centre to channelise funds towards a project to give cows a unique identification number?

Not only that , violence under the pretext of cow protection has spiralled out of control. What used to be a fringe practice in the cow belt is now spreading far and wide, with the latest tragedy to hit home in the national capital, where three Muslim men were assaulted because they were transporting buffaloes.

The lynching to death of Pehlu Khan in Alwar, Rajasthan, the violent attack on the nomadic family in Jammu and Kashmir, the incidents in Haryana, Jharkhand and many other states expose the cow vigilantism shock wave across the country. This is a targeted violence against India's religious minority under the pretext of cow protection.

Does it behove the Centre to cast a blind eye to these urgent matters and spend its precious time barcoding cows? We opened up the debate to DailyO readers and the response has been incredible. 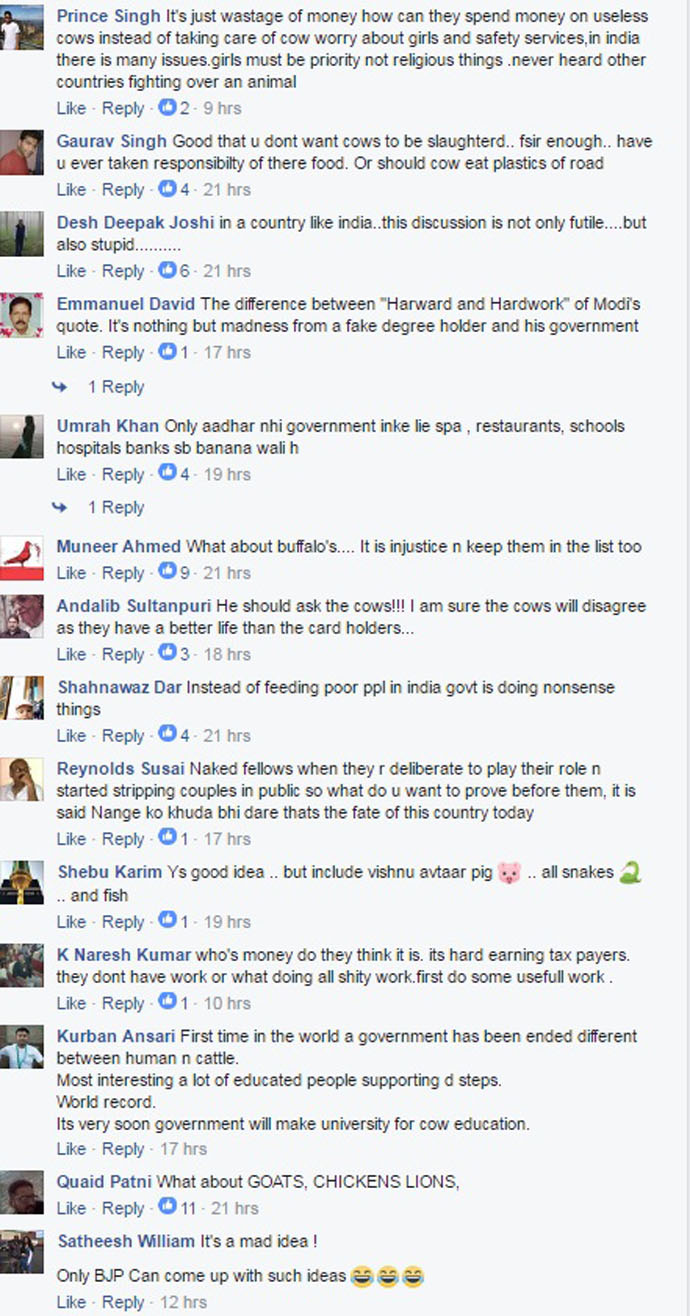 Prince Singh: It's just wastage of money. How can they spend money on useless cow-[related projects], instead of worrying about women's safety, and other services in India. Women's issues must be the top priority, not religion. Never heard of a county fighting over an animal.

Andalib Sultanpuri: He should ask the cows. I am sure cow will disagree and they have better life than card holders.

Neel Srichandan: Nothing wrong. It has been done in the US, European countries, Australia.

Asad Sye: Cows are safer than women in India.