India's easiest route to securing its residency in the Security Council would be simply to supplant Britain.

I wrote back in March that Brexit presented a unique opportunity for India to advance itself on the world stage at the expense of a weak and isolated United Kingdom - and that is proving to be the case.

India's victory over Britain at the United Nations on Monday (November 20), in seeing its candidate, Dalveer Bhandari, elected onto the International Court of Justice (ICJ) marked a historic moment for Indian diplomacy. Never before has a permanent member of the UN Security Council been challenged so relentlessly and effectively by a General Assembly member.

India correctly smelt blood when it found itself pitted against Britain for the final position on the panel of judges. It was encouraging to see New Delhi discard its traditional politeness and respect for norms by not allowing one of the P5 members to live out of a sense of entitlement. As a result, the British will have no presence in the world's highest court for the first time in their 71-year-old history - an institution they were instrumental in creating.

But Indians should remember that Bhandari only found himself in a contest with the UK's Christopher Greenwood having previously lost to the Lebanese candidate. So while Bhandari's reappointment does mark a milestone in India's global rise, it is much more revealing of the shifting power-balance between India and Britain. The UK media gave the story scant coverage - for some reason, Delhi smog levels are of more interest - and downplayed its significance. Foreign secretary Boris Johnson even tried to laugh off the matter in Parliament when he was accused of overseeing a "major failure" - which he most certainly did - congratulating India on winning as if it had all been merely a casual game of golf.

That the election went to 11 rounds shows how desperately the British tried to keep their place in the court, to say nothing of their readiness to invoke their privilege and have the vote stopped and the matter decided by conference. They were unable to use that mechanism because it needed to be triggered by an open ballot of the Security Council. And while SC members - P5 ones, especially - were happy to vote in secret to maintain the status quo, it seems they weren't prepared to back Britain against India in public.

This would have been an unwelcome scenario for an old friend of India's like Russia, but also for its newer friends on the block: France, Japan and the USA. US President Donald Trump reportedly met secretary of state Rex Tillerson and the Indian-American US ambassador to the UN, Nikki Haley, prior to the final vote. It would be safe to assume that the decision for the British to make way was made then.

Like its American-supplied nuclear deterrent, Britain's privileges and veto-power at the United Nations are subject to US control and confer on the country national prestige more than real independent power. Rather than campaigning for difficult structural reforms - such as an increase in the number of permanent members - India's easiest route to securing its residency in the Security Council would be simply to supplant Britain: a replacement that will happen as and when the Americans deem it worthwhile.

That moment is close at hand. 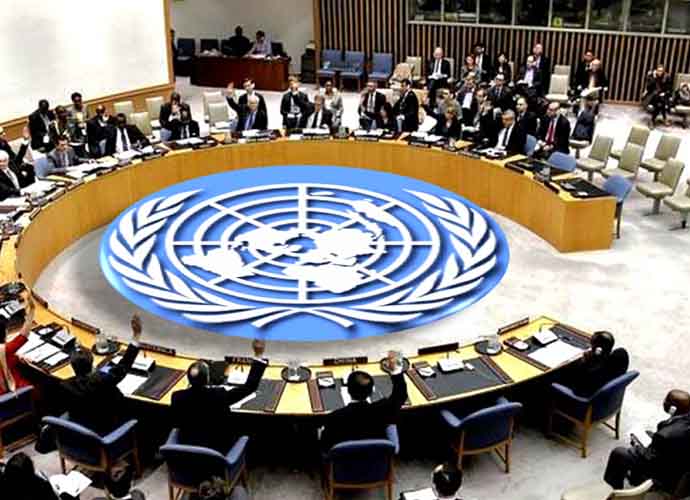 America's constructive relationship with India is, I think, already more important than having an automatic second vote on the Security Council. While the US might be hesitant to elevate an autonomous nation that will not be an obedient lackey as the British have been, if it wants India to be a strong regional partner in organisations such as the Quadrilateral Security Dialogue then it should treat her as an equal partner globally too.

The overwhelming support India achieved in the General Assembly evidences the strength of the country's diplomacy in the world at large - especially among developing nations with whom she shares a natural empathy and alignment of aspirations. The unwillingness of the Security Council to allow the British to play the "dirty politics" of technical procedure shows that her stock at the top table has risen sufficiently high to make a breakthrough.

British foreign policy is in a shambles. The Brexit fiasco means UK relations with Europeans are dismal and in limbo with the rest of the world. The country has no idea of what its place in the international schema will be should it leave the EU, and if it remains it will still have expended an enormous and irretrievable amount of trust, status and goodwill. The last bluff that Britain had to play - that it could leave Europe and thrive - has been called.

India has over the past 70 years proved itself to be a responsible and constructive member of the international community. As its economy and standing overtakes the UK's, its greater relevance will inevitably be reflected in global institutions. So why wait and not do it now?

Also read: What it means for Bengal to win Roshogulla from Odisha

#Dalveer Bhandari, #Britain, #Brexit, #Security Council
The views and opinions expressed in this article are those of the authors and do not necessarily reflect the official policy or position of DailyO.in or the India Today Group. The writers are solely responsible for any claims arising out of the contents of this article.