Nirbhaya rapists to hang: What's there to celebrate?

Hanging these four remorseless dregs of society will serve no purpose.

When the three-judge bench pronounced the verdict in what is commonly known as the Nirbhaya rape and murder case, upholding the death sentences on the four convicts, spontaneous applause broke out in the court room. The applause was mirrored across homes, newsrooms, offices, restaurants, railway stations and possibly everywhere else that people heard the news.

Justice was taking its course; the heinous crime without doubt was certainly in the category of the rarest of the rare, and under the current laws prevalent in the country the convicts need to hang to pay for their brutal misdeeds.

As the country applauds, spare a moment, take a step back, to analyse what this spontaneous breaking out of appreciation portends for the deep rooted morality of a society. This might be an extreme example but amongst the general populace and common sentiment there seems to run unbridled an emotion that can only be termed as bloodlust.

Justice is commonly perceived as revenge and neither punishment nor reform seems to be the objective. Often times on news reports one sees the survivors or kin of victim seeking revenge, demanding revenge that the media picks up on and adds its two bits to it. The hankering mounts for retribution, reprisal and most stridently for vengeance. 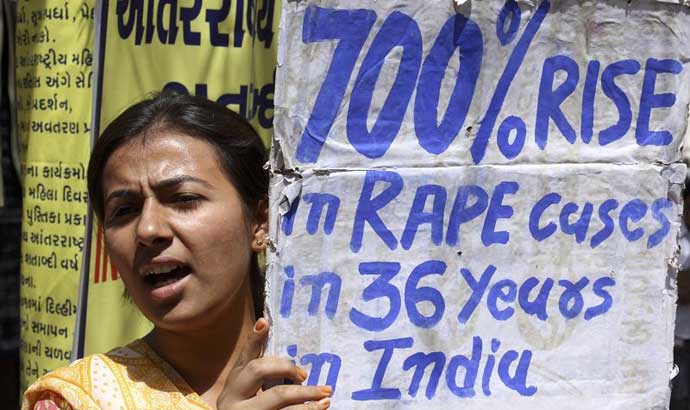 This might be an extreme example but amongst the general populace and common sentiment there seems to run unbridled an emotion that can only be termed as bloodlust. Photo: Reuters

A nation state that is free, fair, democratic and mature in its outlook ideally aspires to not have the power to execute those it finds unsuitable of its membership. The tit for tat form of justice should be relegated to the pages of history; the eye-for-an-eye has long been proved to be ineffective as a deterrent to crime. One of the objectives of justice may well be to punish but punishment has to be felt for it to register.

Death is instant oblivion and cannot be justifiable punishment as it is not felt and endured by the one sentenced, rather it becomes punishment for those to whom the punished had some meaning while alive.

Hanging these four remorseless dregs of society will serve no purpose other than bringing possible closure and succour to those who knew Jyoti — the Nirbhaya of this case. The four additional deaths, by having necks broken in one jerk by the hangman's noose will not stop rape and murder.

Offenders in heinous crimes should be locked away from society, the state has to ensure that their freedom remains curtailed so that they may not harm society again, but for man to decree, even when following set procedures and judicial systems, to take the life of fellow man, borders on insolence of responsibility that is vested in the state. The nation state is an abstract, a non-physical entity without morality and conscience, to give this abstract — the power over death is to place the abstract over and above the sanctity of life itself.

Nations are not infinite entities — they change; they morph; they cease to exist. Human societies have been in existence for around 10,000 years and yet no single political entity has survived even one-tenth of that duration. Permanence is not a hall mark of states and neither are the laws around which it is created and maintained.

Life is sacrosanct not just by definitions that are religious but scientifically as well — because it relentlessly procreates. The moral and ethical question one needs to ask is who should wield the power over the continuity of life — an abstract impermanent grouping of common needs or nature the final arbitrator of existence?

Also read: December 16 rapist's views on rape have shocked everyone

#Jyoti Singh, #December 16 gangrape
The views and opinions expressed in this article are those of the authors and do not necessarily reflect the official policy or position of DailyO.in or the India Today Group. The writers are solely responsible for any claims arising out of the contents of this article.