Why every top authority is cheating Delhi of development

For decades now, we have not been able to decide whether a city can go vertical or not.

Who anchors and who navigates the ambitions of the capital of our country? The lieutenant governor, the chief minister, the three municipal corporations, the Supreme Court and its “sealing machine”, which goes under the ubiquitous title of the “monitoring committee”, the behemoth Delhi Development Authority (DDA) or the behind-the-scenes puppeteer, the urban development ministry, or the citizen? Must we do it ourselves when in need, make the payoffs and silence our conscience, if it nags?

Let me know if you find the answer. And therein lies the heart of the problem: making the city dweller run from pillar to post to seek redress. The fact that the city’s government and the city’s parents belong to different political colours helps complicate our lives and increase our suffering.

Read that as the fine print in the manifesto of the contesting parties in various elections or read between the lines. It is there because that is the only promise that is fulfilled by governments on the assumption of office. At least, so it would seem from the multitude of occasions of inaction by authorities. 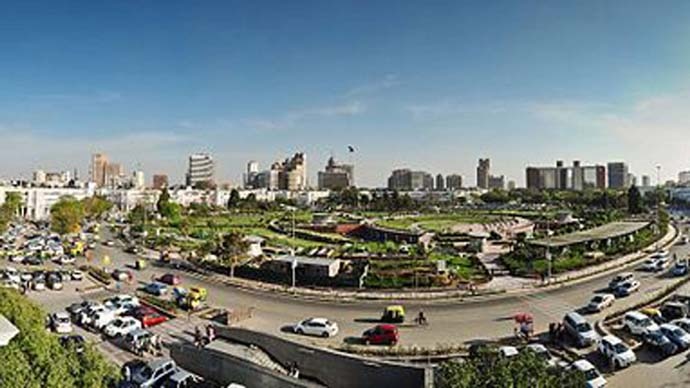 The fact that the city’s government and the city’s parents belong to different political colours helps complicate our lives and increase our suffering.

An expression of judicial anger at rampant unauthorised construction in the city reignited the passion to stop and deter illegal construction through on-the-spot sealing and closure of errant premises, setting off panic among the businesses run in the city. This is our unique way of promoting ease of doing business or ease of living. We never let certainty or predictability into any regime of laws, rules or prohibitions. Our governments do not work to help citizens. We still change our tax regimes annually; after all, we still celebrate the Budget day almost like the pageantry — the Republic Day.

The local government’s rules are a veritable maze of confusion. Any business or bank’s lockers (in basements) can be shut down without notice. Yes, in 2006, as many as more than 2,000 roads were notified for mixed land use, followed by another 350 plus or so, but the fine print contains the detail. Businesses can be run only on the ground floors, not in basements or above the ground floor. The dubious “however” or “notwithstanding the above” comes into all our legislations, notified rules and anything else to do with government fiats.

Here, too, basements can be used for certain types of business offices like architects, lawyers or accountants. Floors above the ground can be used for some type of NGOs. All mixed use notifications come with the standard condition of being valid only if parking facility is created.

Is it not the public authority who should be creating parking facilities in public areas and charge citizens for them? These rules, designed by our city government, would leave any compliant individual a mental wreck. We often forget that in our country, adherence to law is also an obstacle race for our citizens.

It seems strange that all our governments seek to “reform” our economic environment to attract the foreign investors, yet these very state governments assiduously make the life of domestic businesses as difficult as possible.

Yes, governance is about regulating citizens. But why has it been forgotten that governance is also first about the discipline regulating the government itself. It demands the highest standard of ethics and integrity. When are we going to get the ruling systems to perform the basics of urban planning to make the lives of citizens easy, and to meet growth needs?

Surely, the authorities have to be aware that the population of cities has grown hugely and yet no effort is made to plan in time to cushion the pressure of urbanisation. Lofty pronouncements are aplenty. We will get a “world class city” in Delhi, to “smart cities in every state” to Shanghai-like financial capital in Mumbai. Do we even understand that we do not mean what we say?

For decades now, we have not been able to decide whether a city can go vertical or not.

Fire authorities have always argued that they do not have the infrastructure to manage accidents in the higher storeys. The fact that this requires augmentation and acquisition of appropriate tenders and can be done, does not seem to cut any ice with them. Notwithstanding — yet again the ubiquitous “notwithstanding” — that the municipal corporation’s own swanky building is as tall can be, as well as DDA’s ugly vikas minar, among other massive buildings in the city.

Why cannot we decide that going vertical, when space constraints exist, is a solution that cities world over have opted for — that we can adapt it to our needs?

We have many villages now subsumed within city limits in physical terms, but out of the purview of building laws. Some of these could have been heritage spaces. Suffice it to say vibrant and culture centres have become ideal domains of neglect —the sight of indiscriminate constructions with no regulatory constraints.

They have become unsafe urban havens and serve as examples of lost opportunities. We forget the famous adage that doctors’ mistakes are buried, but the urban planner’s mistakes are there for all to see.

Once again, the impulse to mitigate the miseries of traders and retailers even on notified roads is driven by the immediate and proximate desire to win over voters.

Increase the floor area ratios, declare more roads for mixed usage for the present, impose facile conditions including monetary concessions and vainly hope that it all works. Remember, hope is a policy of every government of the day.

The truth is that unless the governments and the corporation unanimously believe that governance is beyond party and partisan considerations, we do not have a chance in hell that the capital’s woes will be addressed.

They all work for the same citizens and the same country notionally, which is crying for a rule-based system, applicable to all without exception. Politics disrupts a rule-based environment with disturbing regularity. We must not be blind to the fact that the fundamentals of regulation are broken and, therefore, create new and relevant basic laws without the “howevers” and “notwithstandings”.

The use of discretion has generally never been judicious and hence no point vesting this power in officialdom.

We need to plan for each zone, we need to place the layout of each colony at its entrance for every citizen to see.

At least we have a right to know what our living space and neighbourhood will look like.

For this to happen, we have to first know who is responsible for the ambitions of the great and historic city of Delhi.

#Urban Planning, #MCD, #Delhi Government
The views and opinions expressed in this article are those of the authors and do not necessarily reflect the official policy or position of DailyO.in or the India Today Group. The writers are solely responsible for any claims arising out of the contents of this article.